Patient readers, Yves apologizes for the lack of original posts. She had a business dinner last night, which was productive and informative, but she hasn’t been feeling so hot and it took all of what she had to perform. –lambert

How fast are the oceans warming? Science

Here Are the Finance Firms Cutting Jobs Amid 2019 Market Turmoil Bloomberg. “…. Then they came for me.”

Alphabet board sued on allegations of sexual misconduct cover-up Reuters

If Trump Wants to Get Out of Syria, He Should Strike a Deal With Russia Foreign Affairs. Blob pseudopodium bored of Syria…

Libya: the battle for peace in a failing state FT

What could change the dynamics of Brexit vote? BBC

Rolls-Royce Warns Brexit Could Bring Production to a Halt Bloomberg

How Slovakians Beat the Oligarchs NYRB

Bharat Bandh: Why Workers Brought India to a Halt for Two Days The Wire

Historic Strike by the Working Class against Anti-Labour State Policies GroundXero. They have demands.

Delhi cows and elderly to moo-ve in together Daily Mail

Belt and Road is more chaos than conspiracy The Star

5 reasons why there’s still no end to the shutdown Nathan Gonzales, Roll Call. A more measured take than most.

Senate Passes Back Pay Bill for Furloughed Feds, Trump Says He Will Sign It GovExec

Think Trump can’t use emergency powers to build the border wall? Here’s why he could McClatchy

Raising the Bar on the Green New Deal Black Agenda Report. Very good, and explains the role of Howie Hawkins.

Alexandria Ocasio-Cortez Takes the Democrats Back to the Future: An Interview with the Historian Rick Perlstein The New Yorker. “[S]uddenly, she has the power to actually act in a way that the Party hasn’t—a party that, almost forty years later, is still traumatized by the success of Ronald Reagan. It’s a profoundly generational phenomenon, and, clearly, it’s scary.” So, the key drivers for electoral politics are psychology and generational change. Good to know. That’s why we study history.

How Facebook Borrows From the NSA Playbook Reader Supported News

Mattis: One More General for the ‘Self Licking Ice Cream Cone’ The American Conservative

An analysis of murders in 55 of America’s largest cities revealed block by block where police fail to catch killers. WaPo

What got published in criminology journals in 2018? Less Crime

After the Storm The Baffler 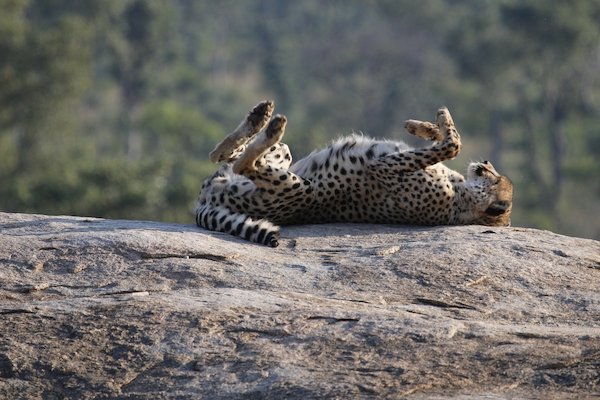 "Mama snow leopard acts scared when baby leopard tries to sneak up on her" <- looks more like mama showing the gap between their ninja skills and putting baby in its place like "you're 100 years too early to face me" pic.twitter.com/eIOEhJ7Cst