“This is the beginning of the end of natural gas in Los Angeles,” said Mayor Garcetti. “The climate crisis demands that we move more quickly to end dependence on fossil fuel, and that’s what today is all about.”

As a new series from the sustainability think tank the Sightline Institute points out, the idea of natural gas as a bridge fuel is “alarmingly deceptive.”

But signs are emerging that, despite oil and gas industry efforts to shirk blame for the climate crisis and promote gas as part of a “lower-carbon fuel mix,” the illusion of natural gas as a bridge fuel is starting to crumble.

While Mayor Garcetti may be right in predicting the downward slide of natural gas for power generation, climate concerns won’t drive that change — just simple economics.

It wasn’t long ago that President Obama — who was accused of starting “the war on coal” because of air quality regulations — was touting the benefits of “clean coal.” But automation in the coal mining industry and competition with cheaper renewables and natural gas began taking a toll on coal.

The struggling coal industry thought things were looking up when Donald Trump was elected, with his promise to bring back coal.

But he has failed.

Coal is an important part of our electricity generation mix and @TVAnews should give serious consideration to all factors before voting to close viable power plants, like Paradise #3 in Kentucky!

Nevertheless, the TVA voted to close those coal plants and said it expected the move would save a billion dollars in future costs. Burning coal for electricity is increasingly incompatible with profits.

Gary Jones, the economic development director for the Kentucky county where one of the closing coal plants is located, acknowledged this economic reality in his comments to The Wall Street Journal, saying: “We definitely don’t blame him [Trump] for this. It’s the market.”

In July 2016 I wrote the following about a presentation on coal at the annual Energy Information Administration conference:

India was all-in on coal for the next few decades, and yet in the two and half years since I wrote that, renewables have been hurting India’s coal industry. Why?

Just like in Tennessee and Kentucky, it’s the market. But it isn’t natural gas taking down coal in India, it’s wind and solar, according to a recent Reuters column by Clyde Russell:

“… the main reason coal may battle to fuel India’s future energy needs is that it’s simply becoming too expensive relative to renewable energy alternatives such as wind and solar.” 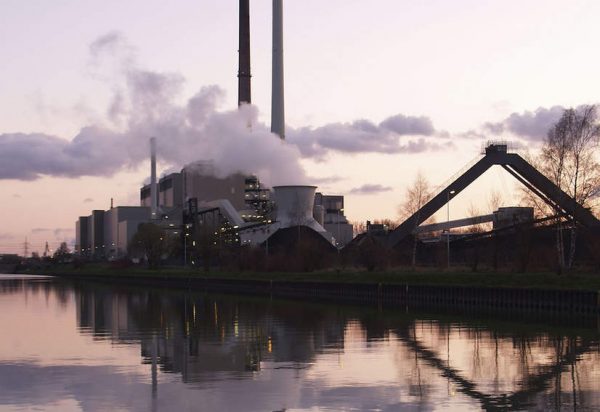 A similar situation is unfolding in Germany, which aims to close all its coal plants in the next 20 years. The natural gas industry initially saw this as an opportunity to slide in and replace coal, but the lower cost of renewable energy may lead Germany to skip the “bridge” offered by natural gas and move straight to renewables, which already provide over 40 percent of the nation’s power.

According to Bloomberg, a large German energy company’s study predicts natural gas use in Germany (and other European countries) will likely decline. Why?

“… the cost of solar and battery systems will fall far enough that renewables may become the most cost-effective way to generate new flows of electricity.”

Compare that to 2014, when industry giants were trash-talking the future of renewables in Europe. At an energy industry conference, Paolo Scaroni, the CEO of oil and gas company Eni, said that Europe is realizing that renewables are “more a problem than a solution,” and Siemens CEO Joe Kaeser said, “Using solar panels in Germany is like growing pineapples in Alaska.”

Now renewables are the solution. And that certainly poses a problem for the fossil fuel industry.

Coal is dead. Soon enough, natural gas will also be dead. The economics alone will drive the world to wind & solar.

An appropriate recognition of the social cost of CO2 & methane will greatly accelerate this transition. https://t.co/lZUF8iXhmr

Here are more reasons why that’s the case. 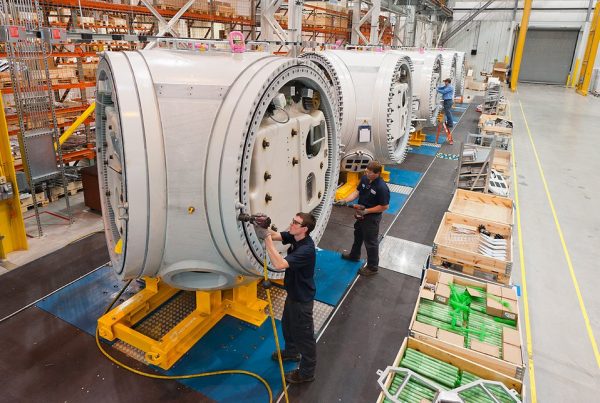 The price of renewable energy and storage is trending downward while the already super-low price of natural gas — especially in the U.S. — has nowhere to go but up.

While India and Germany already are finding renewables cheaper than fossil fuels for power generation with today’s technology, further advances in research and development as well as manufacturing will continue making renewables even more competitive.

MIT professor and former CIA director John Deutch recently presented a study entitled, “Demonstrating Near Carbon Free Electricity Generation from Renewables and Storage,” at a Stanford University energy seminar, in which he said:

“You are going to find yourselves very shortly in a situation where you have storage alternatives that, when matched with existing solar and wind generating systems, will be able to meet load extremely effectively.”

Meeting power demand effectively and as the lowest-cost producer — using fuel sources (wind and sun) that are free.

Who wants to own a gas power plant in 2040 knowing that?

Meanwhile, the cost of producing power with natural gas is dependent on the cost of the fuel.

Right now, gas companies are losing money — and have been for some time — at the current price of natural gas in America. As DeSmog has detailed, the fracking industry, which is responsible for most U.S.natural gas production, has been on a decade-long, money-losing streak.

The industry has proven unable to turn a profit at current natural gas prices. So, unless Wall Street wants to lose billions more subsidizing the natural gas industry, prices will have to go up at some point. And when natural gas prices go up, residential electricity rates go up.

Additionally, if all of the planned infrastructure gets built to export U.S.natural gas in liquid form (known as liquefied natural gas, or LNG, prices for natural gas are very likely to rise. This is the industry’s survival plan for the future. However, the higher prices natural gas producers need possibly will kill off one of the industry’s main markets.

☀️ Solar is beginning to outshine other forms of energy in Alberta. Three new #solar farms—which will provide the provincial government with 55% of its electricity needs—were contracted at a lower cost than natural gas. #abpoli https://t.co/NhwN4z9S6H pic.twitter.com/egTS6qPq6W

When it comes to the long-term economics of power generation, it isn’t a fair fight. There is no clear way natural gas can compete with renewables on an economic basis in the coming decades. Which is why the oil and gas industry works so hard to convince people gas is clean and cheap.

It knows it can’t win a fair fight.

In a July 2017 Forbes column, energy industry expert Art Berman laid out the details of the structural problems in the finances of natural gas production. Since then, things have only gotten worse as huge volumes of gas are pumped simultaneously out of Permian oil wells in Texas and New Mexico.

However, even before the huge ramp-up in the Permian, Berman made the case that the natural gas industry was producing record amounts of gas at prices in which companies could not make money. How could they do that?

As Berman explained, “Credit markets have been willing to support unprofitable shale gas drilling since the 2008 Financial Collapse.”

Of course, now credit markets are not as willing to loan money to shale companies to produce gas at a loss. Berman estimated that natural gas producers needed prices of $4 per million Btu of gas to break even. Prices are below $4, and the average price has been below that for years.

Not looking good for natural gas.

If You Can’t Beat Them, Join Them 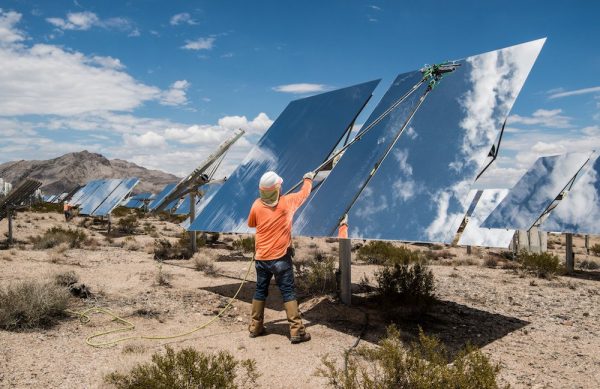 Much like coal’s prospects in India, a couple of years has made a huge difference, however. In February, the Christian Science Monitor reported that utilities in Florida have begun embracing utility-owned solar farms. And while utilities have still been fighting residential rooftop solar, it’s started making gains in Florida anyway — despite regulatory restrictions.

“The utilities are putting out solar like you wouldn’t believe,” said James Fenton, director of the University of Central Florida’s Florida Solar Energy Center.

The utilities didn’t suddenly decide the climate was more important than profits. They just see a better path to profits with solar, as long as they can be in control of it, at least.

It is simply undeniable now that this is often the lowest cost source of generation,” Ethan Zindler, the head of U.S. research at Bloomberg New Energy Finance, told the Monitor. “So you can pat yourself on the back for doing something environmentally conscious, but at the same time, you’re also actually doing something to procure power at the lowest cost for your customers.”

Arizona Public Service (APS) is the largest investor-owned utility in the state, and it spent big money to help defeat a 2018 ballot initiative that would have required Arizona get 50 percent of its electricity from renewables by 2030.

However, because APS is “investor-owned,” the utility is now investing in solar and claims that solar plus batteries are an even cheaper option than natural gas power plants for peak power. The need for so-called gas “peaker plants” that can quickly ramp up electricity in times of peak demand is one of the energy industry’s favorite arguments against renewables and for natural gas.

But because investors want to make money, APS is moving forward with solar and batteries.

“This is a head-to-head [economic] comparison where we’re trying to select the best resources to meet our customers’ needs,” Brad Albert, vice president of resource management for APS, told Greentech Media.

Historic shift: @APSfyi making big investment in batteries to capture surplus solar energy, which it says is now the most cost effective way to meet energy demand in the Southwest. https://t.co/qHv4H2dUbt

As usual with the oil and gas industry, it’s best to watch what it does, not what it says.

The Permian Basin is the heart of the shale oil fracking boom in the U.S. and is producing so much natural gas along with the oil that the price of natural gas there actually went negative in 2018.

It takes a lot of electricity to power the fracking boom. And the Permian needs more. But is the industry taking advantage of all that cheap natural gas to produce that power?

Nope. Plans for new electricity generation in the heart of the Permian oil and gas region include a solar farm and the world’s largest battery.

Renewables have become the low-cost source for new power generation much faster than most anticipated, which is great news for the climate.

Natural gas, with its potent globe-warming effect, is a climate-killer. And a money loser.

If the lobbyists don’t win and the free market is allowed to work for power generation, natural gas — like coal — looks less and less like a “bridge fuel” and more like a fuel of the past.