This Inflatable Jacket Vacuum Dries Your Dog When They’re Wet, and OMG — This Is Coming Home With Me Now PopSugar (David L). There’s a doggie store nearby, and its big source of income is clearly grooming. The dogs all look to behave well when being primped. So I take it that the issue with drying dogs is that it’s a time consuming nuisance for its human, not that the dog won’t stand there to be dried.

Tobacco Use is Soaring Among US Kids, Driven By E-cigarettes Axios

The barefoot engineers of Malawi – in pictures Guardian. Resilc: “Doing more of this and no drone bases would be a smart step for USA USA.”

Most MPs tell me they believe a no-deal Brexit is a remote prospect. They are wrong. Robert Peston, Facebook (guurst)

Nigel Farage: “I feel like a Europhile compared to Corbyn. I mean wow, this is full on. Corbyn may be doing badly in the polls in terms of his own popularity, but in terms of preventing a 2nd referendum I have to say I think he is doing a rather good job.”https://t.co/tNcrYPRI0i

Remainers to demand May hands Parliament power to delay Brexit as their price to support her The Sun. May could stare them down. Some of them have to know a GE would risk a crash out, as well as Corbyn.

Who Shall Rouse Him Up? Brexit: The World Turned Upside Down The Full Brexit

Europe Is Determined to Save the Iran Deal LobeLog (resilc)

Washington braces for Trump to weigh in on shutdown deal CNN

How the U.S. Weaponized the Border Wall Intercept (resilc)

A Former U.S. Ambassador to Afghanistan Thinks Trump’s Exit Strategy Is a Huge Mistake New York Magazine. Resilc: “And you wonder why the foreign policy of USA USA is so f’d up? He is among the “elite” class guiding us since the 1950s….”

We need a capital bill Capitol Fax (Jerry B). On Chicago’s crumbling infrastructure.

Was Bezos Blackmailed? John Coffee (Adrien F). FYI Coffee is a Columbia law prof and one of the most esteemed securities law experts.

Instead of following the district’s bogus lesson plans, students at East High in Denver organized a dance party in solidarity with their striking teachers pic.twitter.com/Szz4o2j3jg

Consent and refusal are not the only talking points in sex Aeon (Chuck L). Today’s must read. I’ve not been at all keen about the post #MeToo discussions of sex-related etiquette, and this is a very welcome exception. Also (finally) made me realize what bugged me about the “consent” framework: it treats sex like a contract (offer and acceptance).

On a walk with our dog, I spotted this baby cottontail near a curb. I went back about 30 minutes later, sans dog and hubby, who were now in our van, and was thrilled to see she’d waited for me. She seemed to be feeling so lazy that I began to puzzle over whether she was injured, but no, she finally darted into the underbrush after allowing me to get much closer than I expected to be allowed. 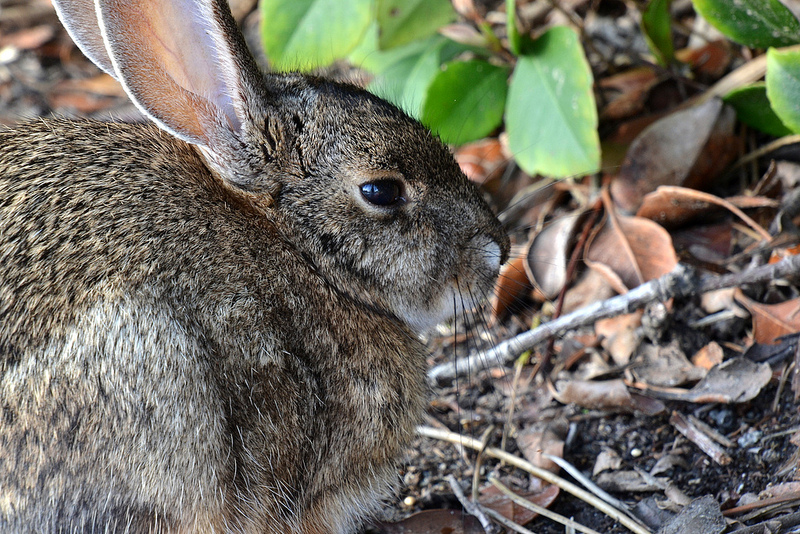