Yves here. Even though this post paints with very bright colors, I imagine most readers will agree with the argument it makes about the destructive social impact of neoliberalism.

Some additional points to consider:

Neoliberalism puts markets above all else. In this paradigm, you are supposed to uproot yourself if work dries up where you live or if there are better opportunities elsewhere. The needs of your family or extended family are treated as secondary. And your community? Fuggedaboudit. And this attitude has also led to what is arguably the most corrosive practice, of companies treating employees like tissue paper, to be trashed after use.

Companies have increasingly adopted a transactional posture towards customers. This shift happened on Wall Street as a result of deregulation in the 1980s (Rule 415; if anyone cares, I’ll elaborate in comments). The reduced orientation towards treating customers well as a sound business practice, and merely going through the form is particularly pronounced at the retail level. I can’t tell you how many times I have had to go through ridiculous hoops merely to get a vendor to live up to its agreement, and even though I am plenty tenacious, I don’t always prevail. It didn’t used to be anywhere near this bad. And this is corrosive. Not only are customers effectively treated as if they can be abused, the people in the support ops wind up being on the receiving end of well deserved anger…even though they aren’t the proper target. The phone reps are almost certainly not told that they are perpetrating an abuse (which then leads to the question of who in the organization has set up the scripts and training with lies in them) but for certain types of repeat cases, they have to know their employer is up to no good. I am sure this is the case at Cigna, where at least twice a year, I have a problem with a claim, the service rep says it should have been paid and puts it in to be reprocessed…and I typically have to rinse and repeat and get stroopy about it, meaning the later reps can see the pattern of deliberate non-payment of a valid claim and continue to act as if they can do something about it.

By Couze Venn, Emeritus Professor of Cultural Theory in the Media & Communications Department at Goldsmiths, University of London, and Associate Research Fellow at Johannesburg University. His recent book is After Capital, Sage, 2018. Originally published at openDemocracy

From working conditions to welfare policies, from immigration to the internet – this zero sum game of winners and losers benefits only the far right. 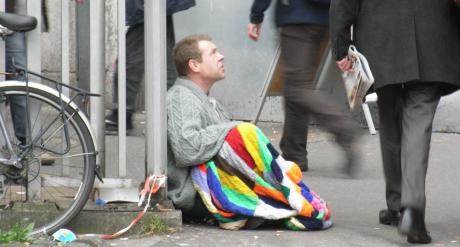 The hostile environment is not just about the Windrush generation in the UK, or the harassment of migrants at the Mexican border in the USA, or the unwelcoming treatment of refugees trying to reach Europe. It has become ubiquitous and widespread. We encounter it in many aspects of daily life. In worsening conditions at work such as zero-hour ‘contracts’. In obstacles to accessing social and health services due to cutbacks, making people’s lives more precarious. Online threats and trolling are other signs of this normalisation of hostility.

The normalisation of hostile environments signals a worrying and global shift in values of tolerance, empathy, compassion, hospitality and responsibility for the vulnerable. It’s a normalisation that was criticised recently in the UK by UN Poverty Rapporteur Philip Alston, who described how “punitive, mean-spirited, often callous” government welfare policies were contributing to an “increasingly hostile and unwelcoming society”.

There’s a pattern to hostile environments that harks back to the 1930s and 40s. As we know, at the time, those targeted were considered as the enemy within, to be subject to expulsion, exclusion and indeed, genocide, as happened to Jews and other so-called ‘inferior races’. In more recent time, the iterations of this discourse of the alien other who must be expelled or eliminated to save the ‘pure’ or ‘good race’ or ethnicity and reconstitute the broken community have found traction in Europe, the USA, Rwanda, India, parts of the Middle East. In its wake, refugees have become asylum seekers, migrants are labelled illegal or criminal, cultural differences become alien cultures, non-binary women and men are misgendered, and at the extreme, those targeted for violence become vermin. It marks a shift in political culture that inscribes elements of fascism.

Why has this atmosphere of hostility become the default position in politics? What have been the triggers and what are the stakes in this great moving rightwards shift? One may be tempted to identify the change in mood and attitudes with recent events like the election of Trump in the USA. But the far right has been on the rise in Europe, the UK and the US for some years, as seen in movements like the Tea Party, UKIP, or the National Front in France. They have been given a boost by the flood of refugees generated by wars in the Middle East, Afghanistan, parts of Africa, as well as by the spread of fundamentalist religious creeds that have an affinity with forms of fascism.

Why? Two related sets of developments that from the 1970s have gradually altered the political terrain. Economically, globalisation emerged as an integral part of a transnational corporate strategy aimed at securing advantageous conditions for the consolidation of global capital at a time of risky structural changes in the global economy. And politically, neoliberalism took hold when the crises of the 1970s started to undermine the postwar consensus in the Keynesian mixed economy and the role of the welfare state.

Globalisation saw the systematic deployment of outsourcing production in countries offering cheap labour, minimised corporate tax burdens and other incentives for transnational corporations, and the invention of the trade in derivatives (financial mechanisms intended to leverage the value of assets and repackaged debts). They contributed to the 2008 crash. The general public were made to bail out the banks through increased taxation and the establishment of policies across social services that produce hostile environments for claimants seeking state support.

As Ha Joon Chang has shown, by the 1990s, financial capitalism had become the dominant power, prioritising the interest of shareholders, and incentivising managers through share ownership and bonuses schemes. The disruptions due to this recomposition of capital have been a global squeeze on income, the creation of a new precariat, and the debt society. People who feel insecure, abandoned to forces outside their control become easy prey to demagogues and prophets of deceit who promise the return of good times, provided enemies and outsiders who wreck things are expelled.

Meanwhile, neoliberal political economy gradually became the new orthodoxy, increasing its impact through right wing thinktanks and government advisors and spreading its influence in academia and economic thought. Its initial success in terms of growth and prosperity in the 1990s and turn of the century consolidated its hold over the economy until the crash of 2008.

What is important here is the radical shift in values and attitudes that recall utilitarian values in the 19th Century. In particular, it is reflected in the neoliberal hostility towards the poor, the weak, the destitute, the ‘ losers’, expressed in its denial or abnegation of responsibility for their plight or welfare, and its project of dismantling the welfare or providential state.

This pervasive atmosphere of hostility is the real triumph of neoliberal political economy. Not the economy – privatisation, monetisation, deregulation, generalised competition, and structural adjustments are immanent tendencies in globalised capitalism anyway. But neoliberal political economy reanimates attitudes and values that legitimate the consolidation of power over others, evidenced for example in the creation of an indebted population who must play by the dominant rules of the game in order to survive. It promotes new servitudes, operating on a planetary scale. What is rejected are ideas of common interest and a common humanity that support the principle of collective responsibility for fellow humans, and that radical liberal philosophers like John Stuart Mill defended. They were the values, along with the principles of fundamental human rights, that informed major reforms, and inspired socialism. The establishment of the welfare or providential state, and programmes of redistribution, enshrined in Beveridge or New Deals, draw from these same principles and values.

Neoliberalism has promoted a self-centeredness that pushes Adam Smith-style individualism to an extreme, turning selfishness into a virtue, as Ayn Rand has done. It is a closed ontology since it does not admit the other, the stranger, into the circle of those towards whom we have a duty of responsibility and care. It thus completes capitalism as a zero-sum game of winners and ‘losers’. Apart from the alt-right in the USA, we find its exemplary advocates amongst leading Brexiteers in the UK, backed by dark money. It is not the social democratic compromise of capitalism with a human face that could support the welfare state. Seen in this context, there is an essential affinity between alt-right, neoliberal political economy and neo- fascisms, punctuated by aggressivity, intolerance, exclusion, expulsion and generalised hostility.

There are other important stakes at this point in the history of humanity and the planet. We tend to forget that support for fundamental human rights, like equality, liberty, freedom from oppressive power, has long been motivated by the same kind of concern to defend the vulnerable, the poor, the destitute, the oppressed from the injustices arising from unequal relations of power. We forget too that these rights have been hard won through generations of emancipatory struggles against many forms of oppressions.

Yet, it is sad to see many institutions and organisations tolerate intolerance out of confusion about the principles at stake and for fear of provoking hostile reactions from those who claim rights that in effect disadvantage some already vulnerable groups. Failure to defend the oppressed anywhere and assert our common humanity is the slippery slope towards a Hobbesian state and great suffering for the many.