Your humble blogger is STILL not fully over That Bug. So forgive me for having less to say than usual.

China and India Lead the Way in Greening Earth Observatory

Most Online ‘Terms of Service’ Are Incomprehensible To Adults, Study Finds Vice. That’s a feature, not a bug. Recall Greenspan said he couldn’t parse a credit card agreement.

Overall, in accordance with evidence from experimental animal and mechanistic studies, our current meta-analysis of human epidemiological studies suggests a compelling link between exposures to GBHs and increased risk for NHL.

LATEST: Industrial production across the 19-nation euro area is falling at the fastest pace since the financial crisis https://t.co/FDEsjorQV3

So a DIT traffic light-coded progress report got leaked. Finally businesses have a chance to know what to prepare for. It is deeply disappointing that the only reason they can prepare for Brexit-day is that documents are leaked (short thread) https://t.co/SbzIjIePIP

López Obrador Vows ‘Poverty’ for Mexican Government Consortiumnews (UserFriendly). As expected. In a post on him, we pointed out that he is fiscally orthodox.

Giuliani and Netanyahu Raise the Specter of “War With Iran” Intercept. Resilc: “Just what we need to push us over the top toward USSR -style decline.”

Immigrant Rights Groups Trash Border Deal: “Immigrant Families Will Pay the Price” Intercept. $1 billion when Trump wanted $5 is way less than the normal bargaining “meet more or less in the middle” so headlines about how terrible the deal is for immigrants actually help Trump.

Ruth Bader Ginsburg Isn’t Looking to Retire Yet, But Is Another Supreme Court Justice Ready to Go? New Yorker

Omar, Trump envoy Elliott Abrams clash in fiery exchange The Hill (UserFriendly). Some discussion in comments in Water Cooler, and good to see this get traction.

This is good news – in years to come that useless-by-itself stretch between Merced and Bakersfield will become California’s version of Japan’s “bridge to nowhere” make-work boondoggles. But I’m sure a lot of high-priced consultants did very well for themselves!

Under the Boot The Baffler (Anthony L)

Does Washington Know the Difference Between Dissent and Disinformation? Matt Taibbl, Rolling Stone (Bill B)

Google Workers Lost a Leader, But the Fight Will Continue Medium

We are all peasants now: The student-loan crisis is destroying the middle class Condemned to DEBT

Antidote du jour. Kimberly R: “Greetings! My brother gave me a camera for Christmas, and these birds have become my subjects for learning how to use it. Taken on our deck, North Lake Tahoe.” 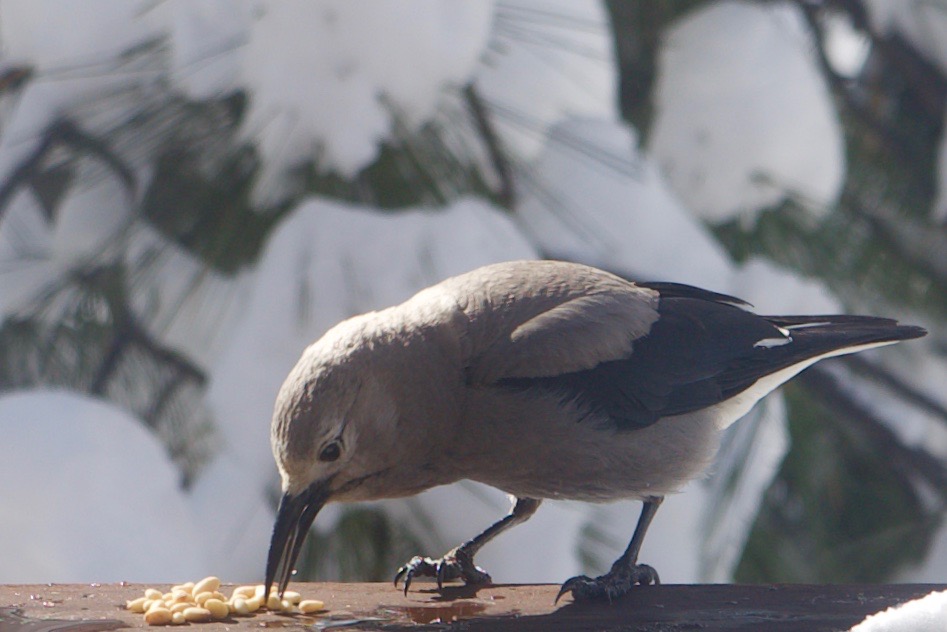