A Troubling Discovery in the Deepest Ocean Trenches The Atlantic. Plastics.

An Interview with the Chairman: Taxes, Spending, Deficits, Inflation: The Workings of Federal Finance Mosler Economics

Wilson-Raybould alleges ‘consistent and sustained’ effort by Trudeau, officials to ‘politically interfere’ in SNC-Lavalin case Globe and Mail. And another…

JACOB REES-MOGG: Why I WOULD be delighted to back Theresa… and all it takes is the tiniest of tweaks to the Irish backstop Daily Mail

Britain has a chance to think again on Brexit FT

A New Editor, and a New Take on Brexit, for a Brawny London Tabloid NYT

Message to #India &amp; #Pakistan: You would better be facing off in border ceremonies, not air raids pic.twitter.com/ewjyQro0gr

Kashmir conflict explained: what brought Pakistan and India to air strikes and tensions to the brink of war? South China Morning Post

The Daily Fix: Revenge is not a strategic objective – India and Pakistan must reduce tensions Scroll.in

India and China Defy Trump on the Iranian Oil Boycott The Wire (J-LS).

Russia Wants to Get Iran Out of Syria, Netanyahu Says After Putin Meet Haarretz

I was at an opposition protest in a rich neighborhood in Caracas 2 days ago and right-wing coup-mongering leader María Corina Machado — who is publicly calling for a military coup and for the US to overthrow her elected government — walked around freely. I didn&#39;t see a single cop pic.twitter.com/TKgxabiIHX

Went to Huawei’s new campus today in Dongguan, a place just outside of Shenzhen. It was insane.

Highlights:
-Space for 24,000 people
– Has various “towns” based on European cities
-started being built in 2015, still not complete yet
– tram connects the “towns” pic.twitter.com/bbR7pn4enJ

A history of Singapore, explained in 10 dishes Roads & Kingdoms

The Cohen of Silence Breaks: What to Make of Wednesday’s Testimony Lawfare

Michael Cohen has blown a lot of political smoke but no impeachable fire Henry Olsen, WaPo

Michael Cohen: Lots of Wind, No Damage The American Conservative

Dow Jones’ watchlist of 2.4 million high-risk individuals has leaked TechCrunch. “The data, since secured, is the financial giant’s Watchlist database, which companies use as part of their risk and compliance efforts.” Whoops.

Limiting Your Digital Footprints in a Surveillance State NYT

What Would ‘Medicare for All’ Do to Medicare? NYT. Clean out the neoliberal infestations, one hopes.

ACA plans denied nearly 1 in 5 in-network claims in 2017 Health Care Dive. Which is why everybody loves their insurance company so much.

The Academy Is Unstable and Degrading. Historians Should Take Over the Government, Instead. Chronicle of Higher Education 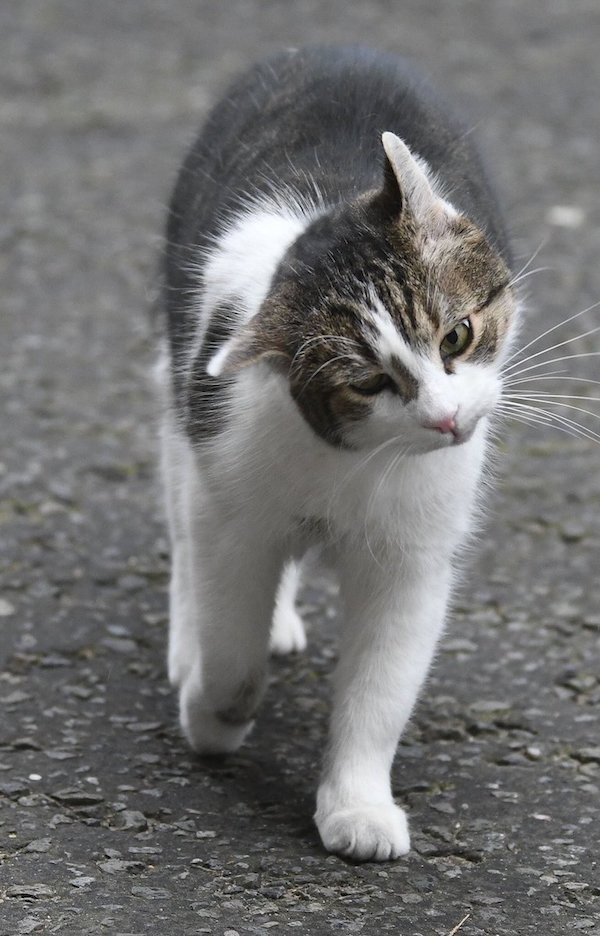 Looks like Larry the Cat’s trying to shake it all off.