However, according to a recent report from Public Accountability Initiative (PAI), centrist Democrats and party leadership are part of what it calls an “anti-Green New Deal coalition” that could seriously impede the GND’s goal to transition the country to net zero greenhouse gas emissions by 2030.

Here’s the breakdown of how the 2020 Democratic presidential hopefuls fall in their less-than-full-throated support for the GND.

To clarify, this so-called “anti-Green New Deal coalition” is not homogenous or coordinated. As report co-author Derek Seidman told The Intercept: “You have on the one end, a very powerful part of this coalition that wants to completely crush the Green New Deal, and that’s the fossil fuel industry and the Republican Party.”

And then you have what’s going on among Democrats.

The Democratic Field for 2020: Spinning Away Support for GND

The GND’s early popularity among voters, along with increasing public awareness around climate change, has made the climate issue an essential facet of any Democratic presidential platform in 2020, more so than any other election to date.

“This has been huge,” said Corina McKendry, an associate professor of political science at Colorado College. “We’ve seen more Democratic candidates come out with strong climate commitments than we ever have before.”

Many Democratic candidates have voiced support for the GND. But there are still plenty who PAI says instead have joined the chorus of the anti-Green New Deal coalition, shaping their climate positions to appease its critics.

The ‘Hedging Their Bets’ Democrats 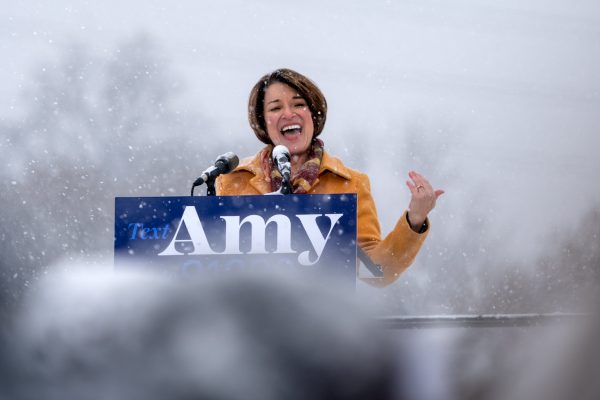 Senator Amy Klobuchar made her announcement to run for president in 2020 on a snowy Sunday in Minneapolis, Minnesota. Credit: Lorie Shaull,  CC BY-SA 2.0

Some candidates have leveraged the vagueness of the GND as a way to support the popular policy idea without committing to anything. Sen. Amy Klobuchar (D-MN), a co-sponsor of the non-binding resolution, hedged her support in an interview with Fox News.

“I see it as aspirational. I see it as a jump-start,” she said. “So I would vote ‘yes,’ but I would also — if it got down to the nitty-gritty of an actual legislation as opposed to, ‘oh, here are some goals we have,’ that would be different for me.”

When pressed if she would support specific policies, such as “drastically reducing air travel,” she replied, “I am for a jumpstart of the discussion, or framework … I am not for reducing air travel.” She made similar comments about net-zero emissions. “I don’t think that is going to happen in the next few years,” she said. A request for clarification on which GNDframework policies she supports went unanswered.

Hawaii Rep. Tulsi Gabbard, another Democratic candidate in the crowded field, has taken the opposite approach. In an interview with ABC’s “The View,” Gabbard said she has a strong track record as an environmentalist but doesn’t support the GND.

“I think we need to take serious action to address climate change,” she said. “I have some concerns with the Green New Deal, and about some of the vagueness of the language in there, so I have not co-sponsored that resolution.”

Gabbard’s campaign website lists her accomplishments as an environmentalist but doesn’t outline how Gabbard plans to address climate change in her presidential platform. Requests to the campaign for comment were not returned.

The ‘I’m Still a Democrat’ Crowd 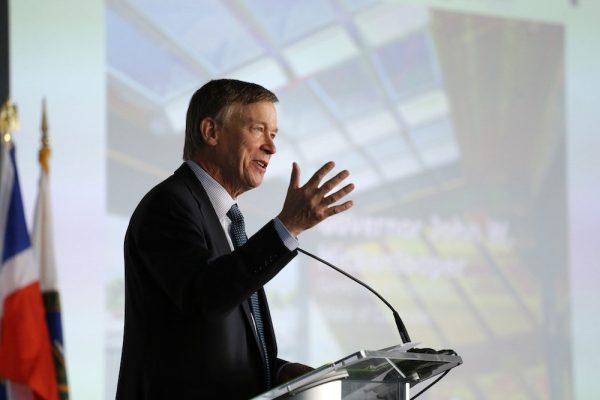 Still others have voiced outright contempt for the GND and its effect on the Democratic Party.

John Hickenlooper, former governor of Colorado, a major U.S. oil and gas producer, last month said the GND shouldn’t become “a litmus test of what it takes to be a good Democrat.” He later admitted he hadn’t yet read the GND resolution, but said, “I’m going to guess that 99 percent of what’s in the Green New Deal I will be happy to embrace.” His bare-bones campaign website lists no plan or platform to address climate change.

The ‘My Plan Is Better’ Democrats 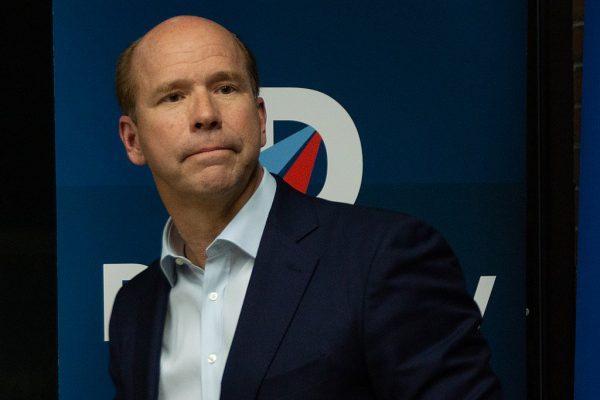 A handful of Democrats have deemed the proposal too unrealistic to support despite the shrinking window for avoiding catastrophic climate change. Mike Bloomberg, former New York City Mayor, criticized the GND in a statement announcing he would not run for president.

“The idea of a Green New Deal — first suggested by the columnist Tom Friedman more than a decade ago — stands no chance of passage in the Senate over the next two years. But Mother Nature does not wait on our political calendar, and neither can we,” he wrote.

Former congressman John Delaney (D-MD), meanwhile, has been vocally critical of the GND. In a pair of tweets from February 14, Delaney called the GND “a step backwards in fighting climate change because its unrealistic goals and linkage to other unrelated policies will make it harder to do anything.”

The GND is a step backwards in fighting climate change because its unrealistic goals and linkage to other unrelated policies will make it harder to do anything & WE ARE RUNNING OUT OF TIME. A carbon tax can get done now & should be the focus + 5x increase in DOE energy research.

“The Green New Deal as it has been proposed is about as realistic as Trump saying that Mexico is going to pay for the wall,” he tweeted.

The Green New Deal as it has been proposed is about as realistic as Trump saying that Mexico is going to pay for the wall. Let’s focus on what’s possible, not what’s impossible. #GND #GreenNewDeal

Delaney argued that his opposition to the GND revolves around the sweeping scope with which the resolution ties climate change policy to other big reforms. “I actually don’t think the Green New Deal is the way to go,” he said in an interview with The Hill. “The reason is that I want to do something about fixing climate change tomorrow. I don’t want to tie it to fixing health care.”

Delaney — who famously announced his bid for the presidency back in 2017 — stands out among Democratic candidates for already having a fully formed platform for addressing climate change, which would rely heavily on a carbon tax.

Ultimately, overcoming opposition to the GND, the PAI report says, will require strategies such as “finding ways to divide the coalition’s different parts and push some of its members, who are not all equal in their opposition, or who have bases that are more supportive, closer to the Green New Deal camp.”