When tropical cyclone Idai made landfall near Beira, Mozambique on March 14, a spokesperson for the UN World Meteorological Organization called it possibly the the worst weather-related disaster to hit the southern hemisphere.

This massive and horrifying storm caused catastrophic flooding and widespread destruction of buildings and roads in Mozambique, Zimbabwe and Malawi. Mozambique’s President Filipe Nyusi feared the death toll might rise to more than 1,000 people.

Cyclones, also known as hurricanes or typhoons, are intense wind storms that can take thousands of lives and cause billions of dollars in damage. They generate large ocean waves and raise water levels by creating a storm surge. The combined effects cause coastal erosion, flooding and damage to anything in its path.

Although other storms have hit this African coast in the past, the storm track for cyclone Idai is fairly rare. Warmer-than-usual sea-surface temperatures were directly linked to the unusually high number of five storms near Madagascar and Mozambique in 2000, including tropical cyclone Eline. Warmer ocean temperatures could also be behind the intensity of cyclone Idai, as the temperature of the Indian Ocean is 2 C to 3 C above the long-term average.

Climate change and ocean warming may be linked to the increasing intensity of storms making landfall and to the development of strong hurricanes reaching places not affected in recent history. These regions may not be prepared with the coastal infrastructure to withstand the extreme forces of these storms.

The Role of Climate Change

Scientists are working to improve their forecasts for hurricane winds and waves, and research on ocean and atmosphere interactions is boosting our understanding of the relationship between climate and the formation of hurricanes. Still, there is considerable uncertainty in predicting trends in extreme weather conditions 100 years into the future. Some computer simulations suggest possible changes in these storms due to climate change. 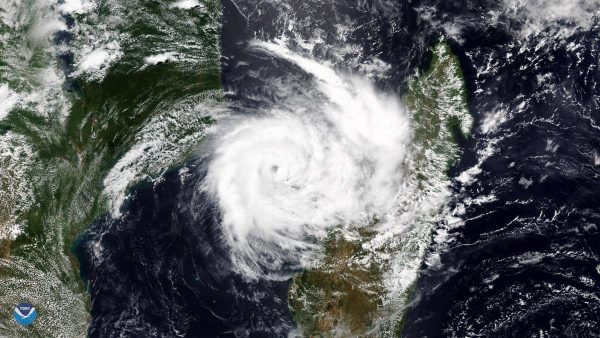 Tropical cyclone Idai rapidly strengthened to a category 3 storm in the warm waters between Mozambique and Madagascar. (NOAA)

For example, scientists have computed detailed simulations of hurricane-type storms for future climate-warming scenarios and revealed that in some cases the hurricane season could be longer. The intensity of storms could also increase so that there are more major hurricanes (categories 4 and 5 on the Saffir-Simpson scale) with winds reaching speeds greater than 209 km/h.

Since these storms are fuelled by ocean heat, warmer ocean conditions will influence their intensity and longevity. This may enable them to travel farther over ocean water at higher latitudes, and farther across the continent after they make landfall.

With global sea level rise expected to continue to accelerate through the 21st century, the impacts of coastal flooding from tropical cyclones is also expected to worsen.

On the Atlantic coast of North America, the hurricane season starts in June and runs to November. We have very recent reminders that these storms can be catastrophic. Hurricane Maria, which struck Puerto Rico in 2017, caused infrastructure damage of US$90 billion and may have killed more than 4,600 people.

Urban areas can take weeks or months to recover from the flooding caused by the storm surge, which can be compounded by heavy rainfall. When the category 4 hurricane Harvey hit Houston in 2017, it caused US$125 billion in damage, mostly due to flooding in the metropolitan area.

Hurricanes that reach places that historically have not been affected have major and long-lasting impacts. An example is hurricane Sandy in 2012, the largest storm on record in the Atlantic Ocean. This storm made a westward turn that is very different from typical tropical hurricane tracks. 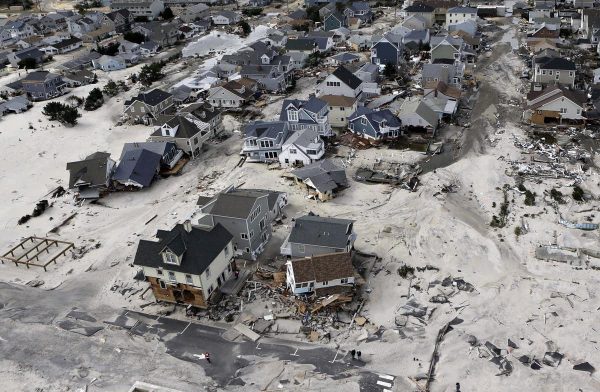 Its waves and storm surge pounded the coasts of New Jersey and New York, with a huge impact washing over coastal dunes, eroding beachesand causing flooding in New York City.

It also had a major economic impact, costing US$71 billion with long-term effects on the coastal environment and lasting socioeconomicimpacts in a densely populated area.

Hurricanes can cause severe erosion and breach islands, creating new pathways for water flow between the ocean and back-barrier estuaries. As these storms impact land, they can also create a dangerous multi-hazard environment of fast-moving air, water and debris.

Urban coastal areas are under a major threat, since coastal structures may not have been designed for the waves and surges that these storms generate. Hurricane Katrina, the mega-disaster that took more than 1,200 lives and cost US$161 billion in 2005, taught engineers the hard way that hurricanes can cause unanticipated loads on bridges, buildings and coastal structures.

The amount of damage a hurricane creates depends on the intensity and characteristics of the storm, combined with the physical and social setting of the coastal area that it hits. Cities face a high risk of hurricane-related disasters, since they contain higher populations and more infrastructure. This can lead to widespread and catastrophic impacts, such as the massive storm surge and flooding generated by typhoon Haiyan, which lead to more than 6,000 deaths in the Philippines in 2013.

Regardless of changes to the climatic conditions that cause hurricanes to form and intensify, the fact is that these storms already occur frequently. Each year, 80 to 100 tropical storms occur globally. Of these, 40 to 50 are hurricanes, with 10 to 15 classified as major hurricanes. 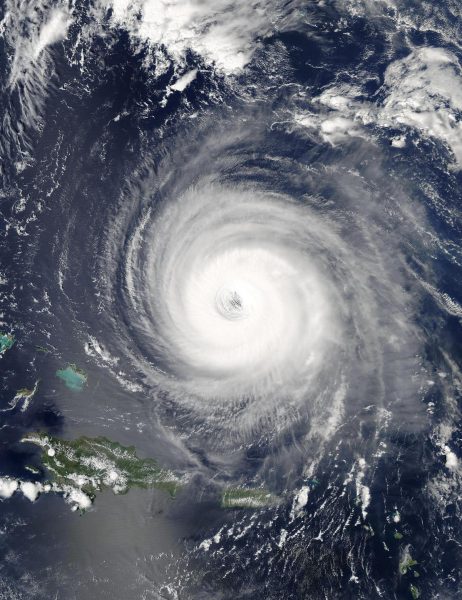 Hurricane Isabel made landfall on North Carolina’s Outer Banks on Sept. 18, 2003. Its effects were felt as far as western New England and into the eastern Great Lakes. NASA

Climate change projections suggest the number of intense hurricanes will rise. Ocean warming will enable these storms to travel farther, and we may see greater hurricane impacts on coasts in the future.

This could include more storm strikes to northern coasts in places like Atlantic Canada, where hurricane Juan made landfall in 2003.

We may also see more hurricanes reaching large inland lakes such as the Great Lakes, affecting major cities like Toronto and Chicago. Rare events, such as hurricane Ophelia that hit Ireland in 2017, may become more common.

When we build houses, roads and bridges and increase population density in low-lying coastal areas, we walk a fine line if these coastal regions are not prepared for the ferocity of extreme storms in the future.