In case you missed our note yesterday, one of the two key members of our moderation team is hospitalized and unlikely to be back in the saddle for at least two weeks. Please send her your best wishes for a recovery.

In the meantime, Lambert and I will do what we can to take up the slack, but please bear in mind we can only do so much, and forgive us since many of you will find if you comments get caught up in the moderation tripwires, that it may well take us longer to free them than usual. Ditto with fixing bad links in posts.

Are Eggs Good Or Bad? How You Should Interpret This Latest Study Forbes

Christchurch terror attacks: What you need to know DW

A Mass Murder of, and for, the Internet New York Times (furzy)

Brexit: DUP in talks with ministers ahead of third vote BBC. DUP machinations dominated the Guardian live stream, so it seems not much new is on.

‘Change your course!’: Pompeo threatens ICC over US war crimes probe RT (Kevin W)). Not the behavior of a confident nation.

Dems prepare next steps after Trump’s veto The Hill

I cannot WAIT to watch MSNBC. The Russian oligarch who we’ve heard for 2+ years may have been an integral part of the Trump-Russia conspiracy is now SUING the US gov’t over the “devastating” sanctions that Trump imposed on him. How will Russiagate peddlers field this one? ? https://t.co/wa6ppUINEM

Kamala Harris Introduces Bill To Send Millions To Local Governments For Tech Support The Verge. Enriching CA squillionaires in the guise of “infrastructure building” rather than fixing crumbling roads and bridges.

The Trailer: What Beto O’Rourke’s entry means for the 2020 race Washington Post (UserFriendly)

Grounding a global fleet: Boeing faces its greatest challenge Financial Times. Important. Try Googling the headline if you are not a subscriber.

Wikipedia is the most perfectly corrupt neoliberal encyclopedia imaginable. There are countless examples like this, but it’ll be many more years before the culture manages a u-turn. The idea that “we” are in charge of wikipedia is seared into our minds https://t.co/VfrLvvsS6E

Well, it may very well be the final chapter for the nation’s first News Guild. That’s why the Plain Dealer is Local 1. Its tiny membership has been decimated by this latest assault.

In a statement, the Guild said that its membership had been reduced by roughly 90 percent in the past 20 years, from 340 to about 30, after the latest cuts.

Antidote du jour (martha r). Squirrels like views too! This is Yosemite: 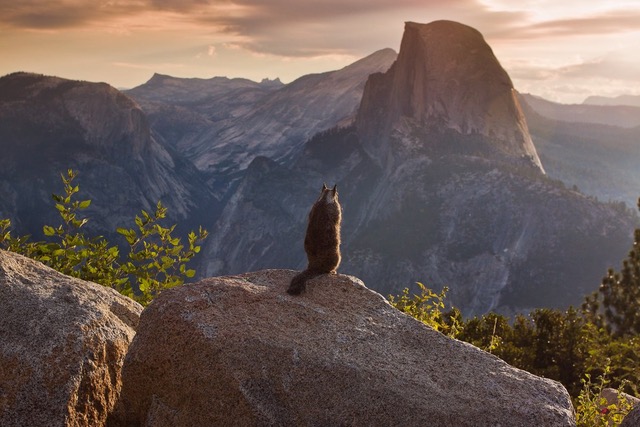 And a bonus from bob:

Watch the moment a paraglider makes a safe landing only to then be attacked by a kangaroo. Straya! pic.twitter.com/nqStQnV9gk