Brexit discussions have focused 90% of the energy of politicians, negotiators, and the public on 20% of GDP: goods. What about services, which account for around 80% of all economic activity in the UK? My team and I have some fact-based analysis: https://t.co/knNp8IjOyw

Why a Coup Is Unlikely in Venezuela New Republic

FBI Director Christopher Wray On Encryption: We Can’t Have an ‘Entirely Unfettered Space Beyond the Reach of Law Enforcement’ CNET. Glad to have that clear.

The lack of hue and cry regarding the USA Freedom Act indicates that spies have [secretly] established more effective ways to get the same data. Snowden was largely a public relations crisis for elites: CEOs assumed combative stances, lawmakers proposed empty statutes to “fix” things, and spies went to ground.

If anything, things have gotten worse. The apex predators of our system will need it to keep a lid on things as the economic strip-mining continues.

The Cybersecurity Industry Makes Millions, But Is It Keeping Us Safe? Motherboard (resilc)

The Zionist Caucus’s Political Lynching of Congresswoman Ilhan Omar Ghion Journal. Chuck L: “Representative Omar should go to the well of the House and read Hans Christian Andersen’s “The Emperor’s New Clothes” to her peers.”

1. I haven't told my story for awhile about how the Israeli government tried to intimidate me.

In 2010, I wrote a story for the Village Voice about a young woman named Emily Henochowicz, a Jewish American college student who was studying art at Cooper Union.

Ukraine is a Hellscape of memorials honoring Nazi collaborators who murdered Jews. The West is fine with this because today's Ukrainian fascists kill Russians pic.twitter.com/srtA7UhJe3

Bloomberg will not run for president in 2020 The Hill

On MSNBC Right Now…As Always, Much More to Say to Say Than I Could Brad DeLong (Robert T)

This Viral Video of Ducks Waiting for a Green Light to Cross the Street Is Totally Fake Gizmodo (chuck419). But cute!

New data detail soaring costs of California school pensions EdSource (jpr). CalSTRS has had higher returns than CalPERS, but the legislature sets the level of school system annual contribution, and they’ve been too low for too long.

Memo to Bernie and AOC: Debt and deficits still matter The Age (EM). Mind you, the spat is getting attention in Oz.

Well, I swore I wasn't going to waste time on this, but here is my counter attack on Krugman, Summers, and Rogoff. And that, as they say, is six hours of my life I'll never get back!https://t.co/b103xpC5Mx

JPMorgan Backs Away From Private Prison Finance US News

Antidote du jour. Tracie H: “Happy year of the Pig! This is little (?) Princess, my brother and sister-in-law’s ‘child’, my niece.” 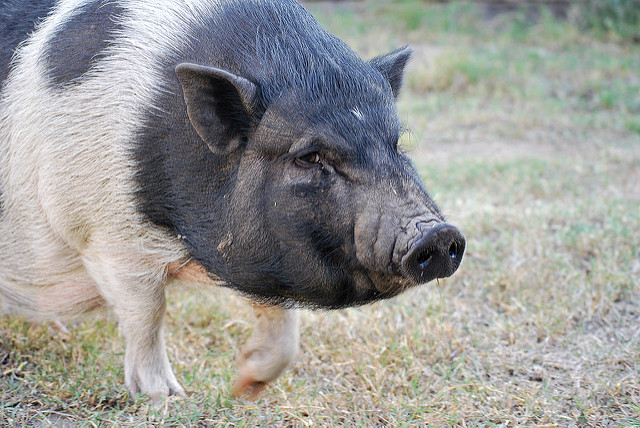 And a bonus. This bird cracks me up. If you listen carefully, she is giving more than just f-bombs, like “I warned you”.