The Bering Strait should be covered in ice, but it’s nearly all gone Mashable

WWF Funds Guards Who Have Tortured And Killed People Buzzfeed

From a private jet to a police cell: Rosemary Rogers charged over alleged NAB fraud Sydney Morning Herald. “As the then-chief of staff to the former boss of the National Australia Bank Andrew Thorburn, Ms Rogers allegedly accepted multiple extravagant bribes to approve bloated invoices submitted to the bank for services provided by Sydney-based events and human resources company Human Group.” The Five Eyes political class implosion continues. A-a-a-n-d we shift our attention to the Mother of Parliaments—

May ‘did not understand EU when she triggered Brexit’ Guardian. Ivan Rogers.

Brian Monteith: New Scottish currency is all about joining in the Euro disaster The Scotsman

Dear Europe, Brexit is a lesson for all of us: it’s time for renewal Emmanuel Macron, Guardian

Brexit is 591 hours away. Brexit Countdown. At the time of this writing.

Things Are Looking Up for the Pound, Strategists Say Bloomberg

After India Loses Dogfight to Pakistan, Questions Arise About Its ‘Vintage’ Military NYT

I see skies of blue and clouds of white:

The magic of the National People’s Congress!

Guaido Returns to Venezuela amid US Threats Against Maduro Venezuelanalysis

Venezuela’s Hunger Games Editorial Board, NYT. “[M]aintaining a vociferous front of the Venezuelan opposition and a broad array of countries of all ideological leanings remains, for now, the best available option.” So, a “paper tiger” strategy then?

How the U.S. Is Strangling Haiti as It Attempts Regime Change in Venezuela Black Agenda Report. Haiti definitely under-covered.

Disputed N.S.A. Phone Program Is Shut Down, Aide Says Charlie Savage, NYT. “The agency has not used the system in months…. Since ‘the sky hasn’t fallen’ without the program, [Christopher Augustine, an N.S.A. spokesman,] said, the intelligence community must make the case that reviving it is necessary.” Absolutely jaw-dropping and a must-read.

When Is Impeachment the Right Remedy? Lawfare

Trump’s Judicial Nominees Aren’t Just Ideologues. They’re Really Young. HuffPo. If liberal Democrats really wanted power — over anything but the party machinery, that is — they would have been fighting these nominations tooth and nail. For the last two decades. But n-o-o-o-o-o!

House Dems will take floor action to confront Omar’s latest Israel comments Poltico (PDF of the draft resolution). “Confront” implies that Omar is the stronger party. Perhaps she is.

Ilhan Omar is the Steve King of the left WaPo

Rep. Ilhan Omar says her refusal to ‘pledge allegiance’ to Israel does not make her anti-Semitic Yahoo News. Cf. loveable Joe Biden, master of all the tropes (in 2013, as Vice President): 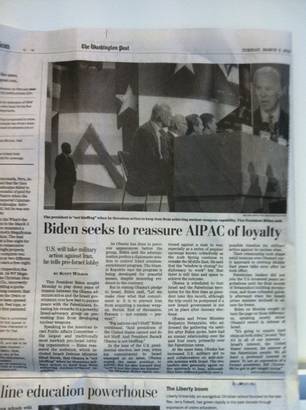 Hillary Clinton says she’s not running in 2020 The Hill. “Clinton said she plans to take an active role in the next election cycle,” including, no doubt, a brokered convention.

MSNBC Yet Again Broadcasts Blatant Lies, This Time About Bernie Sanders’s Opening Speech, and Refuses to Correct Them The Intercept

The Clock Runs Down on Mainstream Keynesianism Stephanie Kelton, Bloomberg vs. Modern Monetary Nonsense Kennneth Rogoff, Project Syndicate. To be fair to Rogoff, you can’t understand sectoral balances if you can’t work a spreadsheet. Hence the confusion.

Xavier Becerra is wrong to fight release of police officers’ crimes Sacramento Bee. At a subsequent protest, a Bee reporter doing a live-stream seems to have been arrested. Good job, Sacramento Bee!

How Oakland Has Seen a Big Drop in Crime—Without More Police The Bold Italic (MR).

Sanders, Warren, Ocasio-Cortez, and Other Lawmakers Sign Pledge to End America’s “Forever Wars” The Intercept. Hang together, or hang separately.

The Harvard MBA Is Bad for You Inside Higher Ed. :-(

‘Shhhh. I’m reading’: the radical new activity in our parks The Age (MR).

The Physics Still Hiding in the Higgs Boson Quanta

Antidote du jour (via). From the Chernyobl Exclusion Zone: 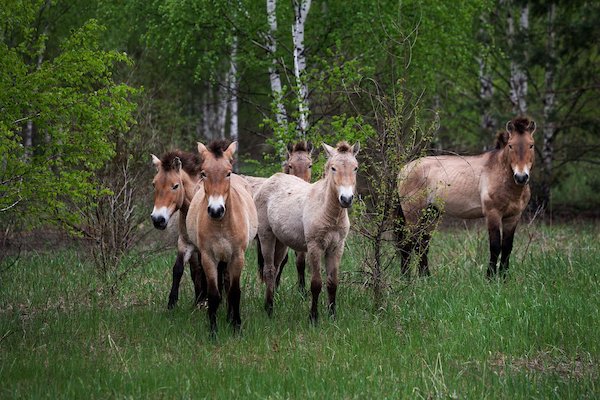 And (via) the Korean DMZ: 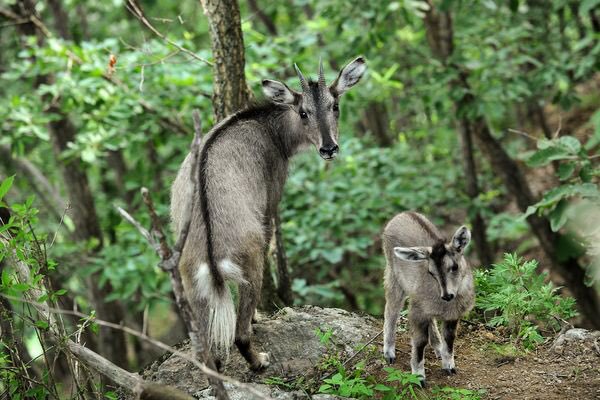 (Caveat that I couldn’t verify the images. But what lovely creatures nonetheless!)