Climate change is a chronic challenge – it is here now, and will be with us throughout this century and beyond. As the U.S. government’s National Climate Assessment report made clear, it’s already affecting people throughout the United States and around the world.

Warmer temperatures are making heat waves more intense, with harmful effects on human health. More intense rainfall and higher sea levels are leading to more frequent and intense flooding, with ensuing damages to property, infrastructure, business activity and health. Higher temperatures and strained water supplies are requiring new agricultural approaches, while fisheries are shifting and in some cases shrinking; in some cases, stressed food systems are contributing to national instability.

This reality means society needs to think about climate change in different ways than the past, by focusing on reducing the risk of negative effects. And speaking as a climate scientist, I recognize that climate science research, too, has to change.

Historically, climate science has been primarily curiosity-driven – scientists seeking fundamental understanding of the way our planet works because of the inherent interest in the problem.

Now it’s time for the climate science research enterprise to adopt an expanded approach, one that focuses heavily on integrating fundamental science inquiry with risk management.

And these strategies must be flexible. In some cases, decisions made today affect people’s vulnerability for the rest of this century, even though there is much that remains to be learned about how climate change will unfold over the decades to come.

The new rail tunnel under the Hudson River – if it is built – will likely still be in use in the next century. And yet, the scientific understanding of how much sea level will rise by the end of the century is quite imprecise. That’s because of uncertainty in how much greenhouse gases humans will emit and the immature scientific understanding of the ice-sheet physics.

It is possible – if emissions are high, and ice-sheet physics unstable – that the world could see 6 feet or more of global average sea-level rise over the course of this century, with substantially more in some regions. It is also possible – if emissions are low, or ice-sheet physics fairly stable – that it could be just 2 feet. 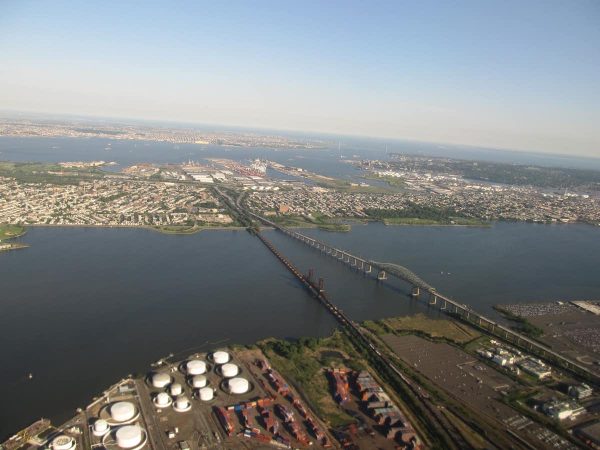 An aerial view of the New Jersey Turnpike shows how vulnerable the area is to flooding. Ken Lund, CC BY-SA

So the best is an iterative approach. Communities can identify the resources and features that they value. Engineers and planners can identify key benchmarks – for example, critical levels of sea-level rise – that would require strategic changes to protect these values resources and features. And scientists can figure out what observations and theoretical insights would allow us to learn about those benchmarks as quickly as possible.

When the scientists discover that a benchmark is going to be hit – for example, when ice-sheet observations and modeling make clear whether we are on course for 2 feet or 6 feet of sea-level rise in this century – the engineers, planners and policymakers can adjust accordingly.

Getting Out of the Ivory Tower

This long-term, iterative process is a break with current practices. It requires sustained relationships that are not a good fit for much of the academic scientific enterprise, which is driven by curious individuals and funded by short-term grants.

There are signs, though, that climate scientists are getting out of the ivory tower and taking a different approach to research.

Transdisciplinary research recognizes stakeholders outside of academia as critical partners throughout the research process – from problem identification to solution deployment. People like Stanford’s Pam Matson and Harvard’s Bill Clark have been pioneers in this area, which they describe in the book “Pursuing Sustainability.” Matson, for example, has spent decades conducting interdisciplinary work with farming communities in Sonora, Mexico, that has led to both new insights into nitrogen cycling in the ocean and more sustainable agricultural practices.

True transdisciplinarity is hard – it requires a considerable investment on the part of researchers or their institutions in maintaining strong, working, trusting relationships with stakeholders, whether they be city planners, farmers, businesses, or members of vulnerable communities. And building such relationships is slow – if it must be done from scratch, it does not sit well with the time pressures faced by scientists who are not yet tenured faculty.

Fortunately, there is an example in the United States of institutions successfully maintaining long-term relationships between academic researchers and decision-makers in their communities.

In 1862, amidst the bloodshed of the Civil War, Congress established a network of land-grant universities, devoted to training the next generation of farmers and engineers, conducting research to advance agriculture, and engaging with farmers to disseminate the fruits of this research. 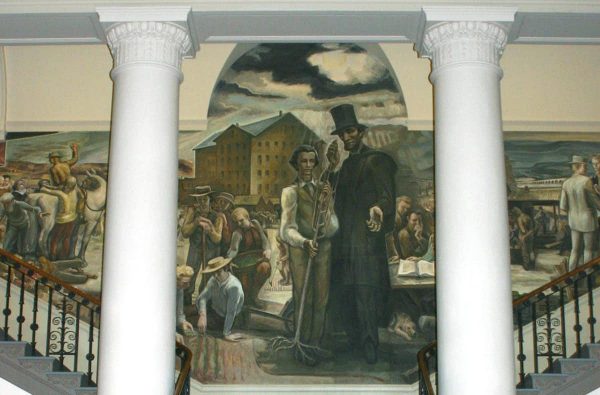 The Morrill Act of 1862 established land-grant universities to research agriculture and other areas for the benefit of students and society. Penn State, CC BY-NC

Many land-grant universities have extended the extension concept beyond agriculture. For example, at Rutgers where I teach, our extension service runs programs designed to help coastal communities increase their resilience to storm and sea-level rise. Rutgers staff have built partnerships, like the New Jersey Climate Change Alliance, that link communities, NGOs and businesses to climate science expertise. And the Rutgers Coastal Climate Risk and Resilience initiative trains graduate students to engage across disciplines and with stakeholders to address coastal challenges.

But unlike the core agricultural work of cooperative extension, these climate risk-focused partnerships often lack institutional stability; most are the products of a small number of visionary individuals and many are funded one small grant at a time. And yet stability is critical for science that is intended to support decades of chronic risk management.

That’s why I believe it is worth considering a national investment in our universities that is analogous to that of cooperative extension but applied to scientific climate risk management.

These are not easy or cheap changes to make. But they are both easy and inexpensive when compared to the costs of climate change and the costs of the climate risk management decisions they will help inform.

Editor’s note: This article expands upon testimony delivered to the U.S. House of Representatives Committee on Science, Space, and Technology.