Betting on a Soft Landing: the Takeaways From the IMF Meetings Bloomberg

Chevron bid shows there is no place like home for US oil FT. “The deal is based on three important assumptions. The first is that oil is here to stay.”

Brexit Heralds a Decline of Anglo-American Power Defense One

Brian Monteith: The Brexit Party should not be written off in Scotland The Scotsman

Is the U.S. Prepared to Accept a Defeat in Venezuela? Venezuelanalysis

Iraq Wrecked Me for Nothing Peter van Buren, The American Conservative. More about Afghanistan than Iraq.

How ‘Russiagate’ Has Reshaped American and Russian Public Opinion The Nation

How A Trump Proposal Could Reduce ‘Happy’ Disabled People Forbes

Trump’s Most Worrisome Legacy Joseph Stiglitz, Project Syndicate. I think that “truth-telling, truth-discovering, and truth-verifying institutions” are much thinner on the ground than Stiglitz thinks they are, and have been steadily dwindling throughout the neoliberal era, because markets.

What It Was Like to Have a Baby in Sweden Fatherly

My Final Visit with Julian Assange The Intercept

Oprah Winfrey Thought Avocados Were Too Expensive So She Bought an Orchard: ‘It Was Ridiculous to Pay for Avocados!’ People

Tiger Woods’s stirring Masters win is the first victory of his reconfigured life Golf. Hagiography, but holy moley, what a comeback! 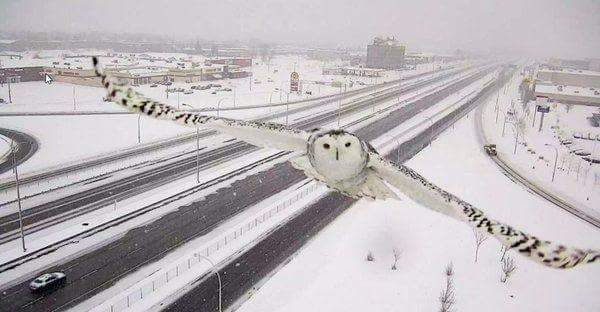 Caught by a Montréal traffic cam.

This took me way too long to see it, nature knows how to do camouflage pic.twitter.com/83cnAv6uNn