Men Are Better At Maps Until Women Take This Course Nautilus (Dr. Kevin).

This article first ran in 2016 but is making the rounds now by virtue of being reposted on Medium. The regularly touting of the typical large difference between male and female spatial skills as somehow proving large native differences between men and women has long been an annoyance, in part because I score 99th percentile on spatial skills (and no, I don’t have high levels of testosterone, even though some might think that).

This article offers an environmental/cultural explanation: men explore, which requires navigation. We see that reinforced culturally, in couples, men usually drive the car. And it also suggests that women are less likely to get “spatial” toys like blocks and Legos.

So at least in my case, this all adds up. We moved a ton when I was growing up. I not only walked to school, but rode my bike avidly starting at age 6, so I learned new road layouts many times. I also got some toys that they deemed to be male (blocks, Tinker toys) including my favorite toddler toy…..a crash car! I loved running it into the wall, seeing it smash, and then putting it back together.

FRESH NUMBERS: Key new employment figures, prepared for today’s Commission’s conference on the “Future of Work,” include 12.5 million jobs created in Europe since November 2014 (when Jean-Claude Juncker’s college came to town). Unemployment in the EU dropped to 6.5 percent last year, from 10.2 percent in 2014. The share of under-4-year-olds in formal child care — an indicator for women’s participation in the labor market — went up to 34 percent in 2017 from 28 percent in 2010. The gender employment gap closed a little — 79 percent of European men between 20 and 64 have a job, 11.5 percentage points ahead of women, down from a 15 percentage point gap 10 years ago.

So is all well in Europe? As of February 2019, 16 million Europeans are still unemployed, “including 3.3 million young people,” according to the Commission figures, seen by Playbook. The conference, which around 400 people including national ministers, employers and trade unionists are expected to attend, is meant to remind everyone “that a lot of things in the EU have changed for the better since 2014, and this is an opportunity to speak about it,” according to officials.

But the event also aims to convince skeptics in national capitals of three things: That Juncker and his team have been on the right path when insisting on a “social dimension” to the EU; that this part of their legacy shouldn’t be forgotten (actually, expect Juncker to bring it to the Sibiu summit’s attention in May again); and that improvement relies on active EU policymaking.

Brexit. In theory I should write something but it seems as if it would be far more speculative than usual, if nothing else because May is meeting with Merkel and Macron today. Sterling at 1.31 says Mr. Market expects an extension. And if nothing else, as PlutoniumKun pointed out yesterday, Merkel is a cautious, incrementalist politician, so it would be out of character for her to deny the UK an extension. Per the Financial Times story below, May has the Tories in knots by taking some steps…extremely late in the game…to have the UK participate in the European Parliament elections. But counter to that are two bits of information from Robert Peston, who as we have pointed out, is the best networked of all UK reporters on the Brexit beat. Peston says the EU is now moving towards a short extension, later than May 22 so as to avoid playing into the EU Parliament elections, but not as long as to June 30. Other stories suggest the EU is considering an extension to the end of 2019. As I said yesterday, I don’t see how this allows enough time for anything to change. IMHO, the UK needs a two year extension if it is to get itself sorted out.

However, if Peston’s source are right, the EU is moving away from Tusk’s plan of a one year extension. And if that is the case, it suggests Macron is making headway. Macron had insisted that the EU needed to get the UK to agree to all sorts of “play nicely” restrictions as a condition of getting a long extension, particularly in light of threats by Nigel Farage and Jacob Rees-Mogg that the UK would make lots of trouble for the EU if it stayed in. But any such agreement would likely be unenforceable since EU members have treaty-defined rights.

Second, Peston reports that there has been no ramp up of the Government’s “prepare for crash out” activities this week. Peston sees that as the Government being highly confident that there won’t be one. Given that it is solely up to the EU as to whether and what kind of extension it offers (and I haven’t seen a clear report as to whether the accidental crash-out bomb in the Cooper Bill has been removed, that of requiring Parliamentary approval of an extension if it is different than the one they authorized, which imposing conditions would achieve), this seems awfully optimistic. Peston argues this suggests May would revoke Article 50 if things fell apart.

May enrages hardline Brexiters with plans for European elections

Eurosceptic argument – as it was – held together rather well around a single unifying idea: that the UK could not historically, culturally, spiritually, politically go where the EU is heading….to (crudely) “a country called Europe”.

From Brexiteers to Communists And Everything Between: Protesters Unite For Julian Assange at Ecuadorian Embassy Gateway Pundit (martha r)

Why Is Trump Helping Egypt’s Dictator Entrench His Power? Politico

With Nielsen Out, Stephen Miller Is Poised to Remake D.H.S. in His Image Vanity Fair

Mike Gravel Is Running for President in 2020 Rolling Stone (resilc)

IMF changes tune on industry policy – shamelessly – Part 2 Bill Mitchell (Chuck L, UserFriendly). Note that the research arm of the IMF has been to the left of its policy arm for years.

An example to all’: the Mongolian herders who took on a corporate behemoth – and won Guardian

The booming business for smuggling people to the US: ‘Everyone wins’ Guardian

Antidote du jour. Al A: “Rufus the Arizona basset hound seeks refuge under the slip cover when the temperature falls below 80 degrees.” 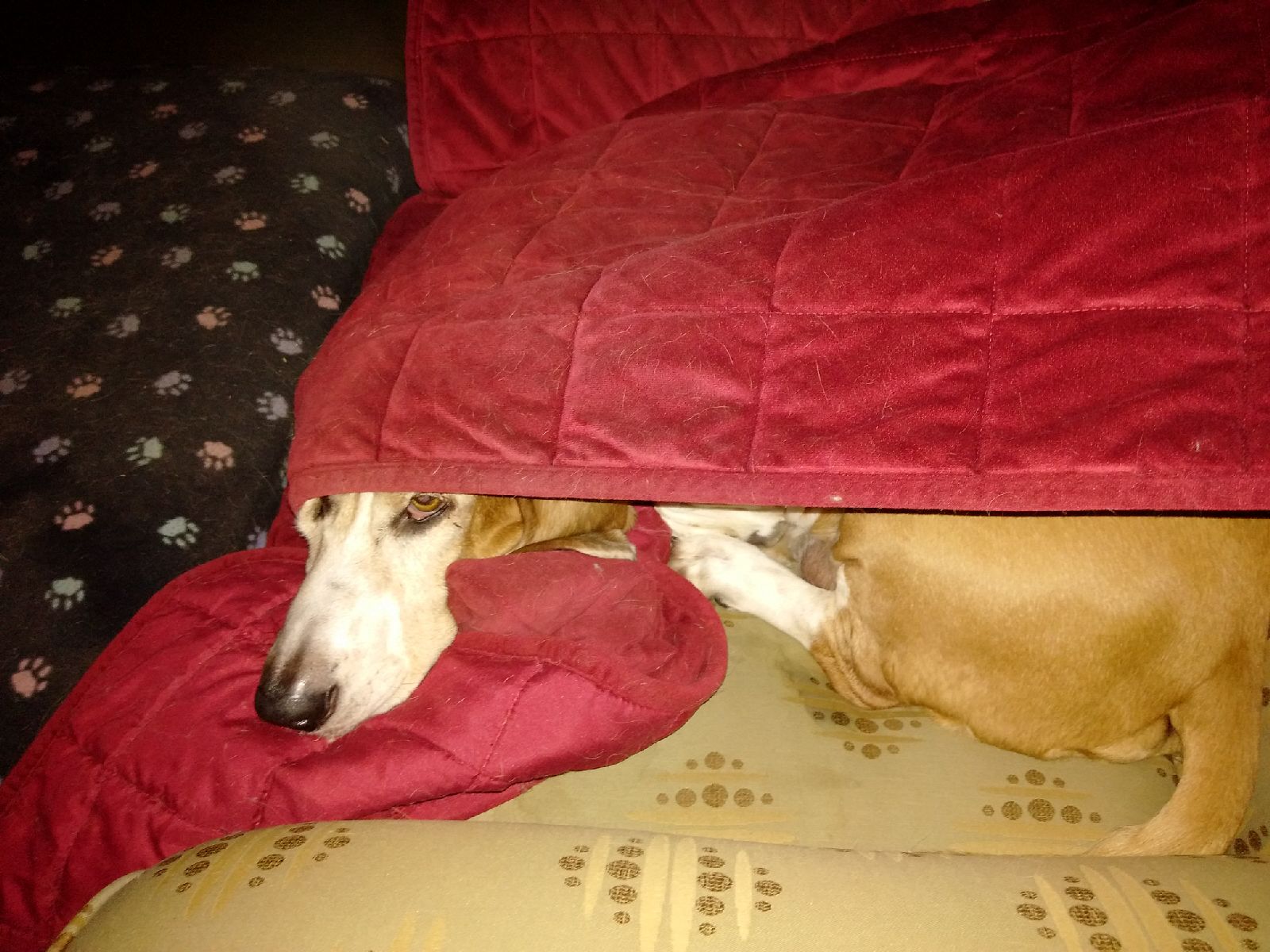