Yves here. Wow, this is a finding I would never have expected. Shows what I know about dogs, or more accurately, dog owners.

By Sarah Mayorga-Gallo, Assistant Professor of Sociology, University of Massachusetts Boston. Originally published at The Conversation

Cities in the United States are getting less segregated and, according to a recent national survey, most Americans value the country’s racial diversity.

But the demographic integration of a neighborhood doesn’t necessarily mean that neighbors of different races are socializing together.

Diverse urban areas remain socially segregated in part because white gentrifiers and long-time residents have differing economic interests. And the racial hierarchies of the United States are simply not erased when black and white people share the same space.

My sociological research in one such multicultural neighborhoodidentifies a more surprising vehicle of racial segregation: dogs.

I spent 18 months studying Creekridge Park, a diverse and mixed-income area of Durham, North Carolina, to understand how black, white and Latino residents interacted with each other. Between 2009 and 2011, I interviewed 63 residents, attended neighborhood events and conducted a household survey.

I learned that white, black and Latino residents led rather separate social lives in Creekridge Park. Eighty-six percent of white people said their closest friends were white, and 70% of black residents surveyed reported that their best friends were black.

One black resident lamented that neighbors weren’t as “friendly as I had hoped and thought that they would be – or at least, this image I had in my head of what ‘friendly’ would be like.”

White, black and Latino people in Creekridge Park even had different experiences with something as seemingly innocuous as pet ownership.

Many white residents described friendships growing as a result of walking their dogs around the neighborhood, with chance encounters on the sidewalk turning into baseball games, dinners and even vacations together.

“It’s the dogs that are our connectors,” said Tammy, a white homeowner in her fifties. “That’s how a lot of us have gotten to know each other.”

When Jerry, a black homeowner in his sixties, stopped to chat with some dog-owning customers, who were white, in the outdoor seating area of a neighborhood bakery, the staff asked him to leave.

“I owned some dogs like that at one particular time. And I was just speaking to them. All of a sudden, I’m a panhandler,” Jerry said, incredulous and hurt.

Jerry is a black disabled veteran who was wearing his old army uniform that day. He figures they thought he was begging for money.

The treatment of dogs in Creekridge Park also divided neighbors of different races.

Tammy, the same resident who said dogs served as “connectors” in the neighborhood, disliked that her Latino neighbors wouldn’t let their dog into the house, leaving her tied up in the backyard. 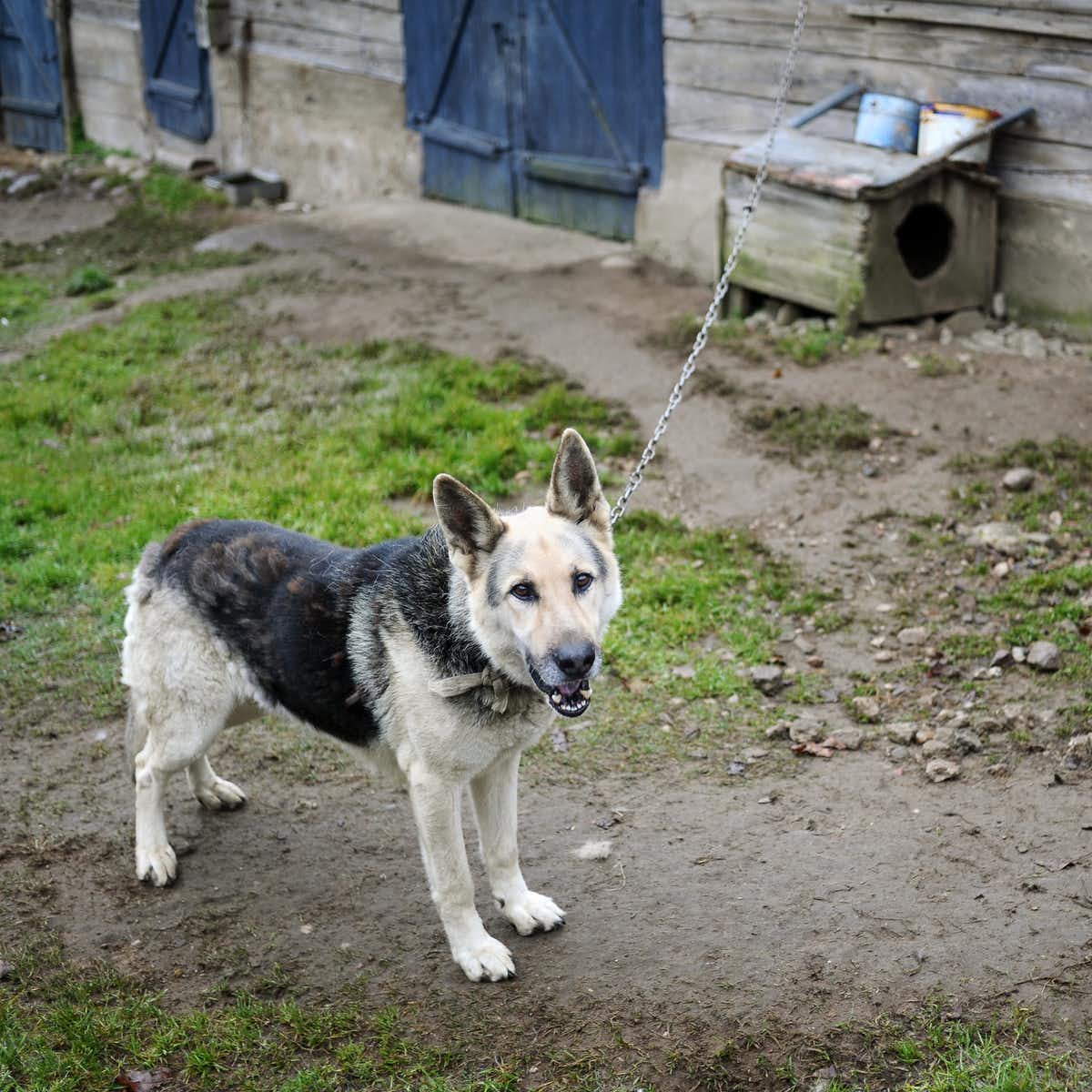 Tethering dogs is a common practice in Durham, NC.

One day, when she heard her neighbor’s dog barking, she decided to monitor their backyard with binoculars, to make sure the dog was OK. When the father spotted her doing her surveillance, Tammy lied. She said she was looking at a different dog.

Tammy was not, however, embarrassed when recounting this story. She felt she was justified in considering the dog’s well-being. She offered the family a bigger dog house and began to take the dog on hour-long walks twice a day. Eventually, she adopted the dog as her own.

Tammy said that she always intervened whenever she saw dogs mistreated in the neighborhood. However, the only examples she shared during our interview involved Latino families.

Latino families are not the only Creekridge Park residents who tied up their dogs. The practice is common enough across Durham that a local group was formed in 2007 to build free dog fences.

Several white residents of Creekridge Park have even reported their neighbors to the police for suspected animal abuse.

Emma, a white homeowner in her thirties, called the police when she thought her neighbors were involved in dog fighting.

They “came almost immediately,” she said.

Generally, Emma told me, if she knows her neighbors, she will confront them directly about problems she perceives. Otherwise, she prefers to call the police.

Given how segregated friendship networks are in Creekridge Park, this seemingly non-racial distinction between “known” and “unknown” neighbors means that in practice Emma involved police in conflicts only with black and Latino neighbors. 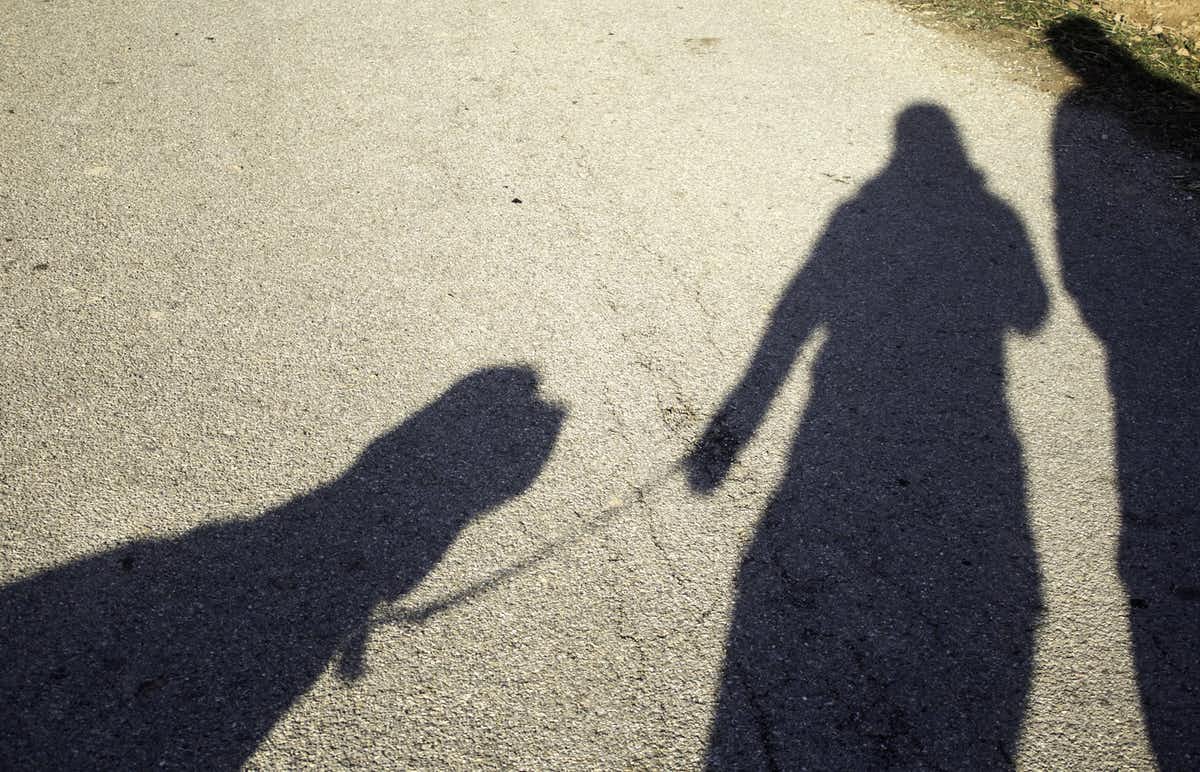 How White People Enforce Their Rules

This white willingness to report non-white neighbors for “unruly” behavior recalls numerous recent incidents nationwide in which white people have called the police on black people for perfectly legal activities.

In July 2018 a white woman in San Francisco threatened an 8-year-old black girl for “illegally selling water without a permit.” A few months before, a white woman dubbed by internet users as “BBQ Becky” called the cops on a black family barbecuing in an Oakland park for using an “unauthorized” charcoal grill.

Other examples of white people using police to enforce their unspoken social norms have occurred at Starbucks, a Yale University dorm and a Texas swimming pool.

In U.S. neighborhoods, middle- and upper-class white residents enjoy a privileged social position by virtue of their race and class. They understand that police, local businesses and government agencies exist to serve them – the same social institutions that often underserve or even target racial minorities.

By drawing arbitrary lines between right and wrong, insider and outsider – even good pet owner and bad – white people like Tammy and BBQ Becky use that power to try to shape diverse neighborhoods into their preferred mold.

As a result of white residents’ focus on their own comfort in diverse places, racial inequality can pervade everyday life – even, my research shows, when walking the dog.