Wildfires above the Arctic Circle in Greenland and Alaska Wildfire Today

US cities are losing 36 million trees a year. Here’s why it matters and how you can stop it CNN. I know somebody who just plants them in public spaces.

An onslaught of pills, hundreds of thousands of deaths: Who is accountable? WaPo

Google’s sister company creates smart nappies FT. I’m so old I remember when “The Internet of Sh*t” was just a metaphor.

BOJO BOOST Boris Johnson on track for landslide win as 73 per cent of Tory voters back the PM hopeful, survey reveals The Sun

Project fear? The last three years have been more catastrophic than even the most pessimistic Remainer predicted Prospect

China’s Tech Sector Is in Trouble The Diplomat

Chinese Money in the U.S. Dries Up as Trade War Drags On NYT

U.S. Plans for Post-Maduro Future With Team to Send to Venezuela Bloomberg

A Crisis of Social Reproduction in Venezuela: A Conversation with Alba Carosio Venezuelanalysis. Interesting beyond Venezuela.

Democrats slam Puerto Rico governor over ‘shameful’ comments, back protesters The Hill. Not sure why there isn’t a full-fledged moral panic about this.

Moments ago, in Old San Juan, a moment of silence for the thousands of people who died during Hurricane Maria, many of whom we don’t know their name because the govt did such a poor job tracking deaths, then rejected criticism &amp; criticized journalists who questioned them about it pic.twitter.com/DICdQVuPno

Modern money theory and its implementation and challenges: The case of Japan VoxEU. Thread in response by Fullwiler.

The Democratic Party Is Getting Crushed in Fundraising: “They Need to Get Their Shit Together” VICE News

Debate warmup (subtitled, which is handy):

This is a real &quot;wow&quot; moment at the #AARPIowaForums.@BernieSanders responds to the critiques of other candidates in the race who say #MedicareForAll will be a loser for the party.

The @AARPadvocates crowd is *completely* on his side

We can win older voters. Just talk to them. pic.twitter.com/bNBFeLL7Do

My browser, the spy: How extensions slurped up browsing histories from 4M users Ars Technica

A Proposed Response to the Commercial Surveillance Emergency LawFare

A court ruled it was legal for guards to strip search female inmates and force them to remove their tampons in front of male officers for a ‘training exercise’ Business Insider (KW). Lincoln Correctional Center sounds like a hellhole.

As The US Debates “Concentration Camps,” These Jews Are Trying To Actually Shut Them Down BuzzFeed (DL).

Boeing Has Friends in High Places, Thanks to Its 737 Crash Czar Bloomberg

The DC-10 Got Over Its Grounding, Why Won’t The 737 MAX? Simple Flying

The lesson from the ruins of Notre Dame: don’t rely on billionaires Guardian

New Inequality Numbers Are a Gift to Campaign Sloganeers Bloomberg. “The top decile of America holds almost about 70% of the national wealth — 31% is held by the top 1%, while the rest of the top 10% holds about 39%. And the bottom half’s share? About 1.3%.”

Survival of the Fittest: The Impact of the Minimum Wage on Firm Exit NBER

The Moon Is Full of Money Nautilus 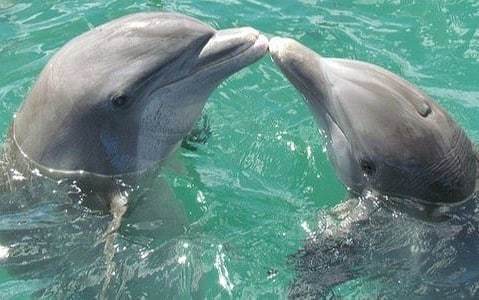