Scientists have discovered how memories are inherited World Economic Forum (original). Epigenetics, albeit in flatworms.

‘The Devil We Know:’ How DuPont Poisoned the World with Teflon Organic Consumers (DL).

Jeremy Corbyn pleads with MPs: back me now before it’s too late Guardian (KW).

No need for PLA, we can handle crisis: HK police Asia Times

A Walk In Hong Kong Idle Words. Interesting on the key role played by public transportation in the protests. Our Baron Haussmann-like overlords are smart to destroy it.

Hong Kong Protesters Are Worried About Facial Recognition Technology. But There Are Many Other Ways They’re Being Watched. Buzzfeed

The US military’s logistical train is slowly snaking toward China Military Times. From May, still germane.

Give No Heed to the Walking Dead The Scholar’s Stage

Lula: “US hand” on everything that’s happened in Brazil Brasil Wire. Lula: The US government “created the Lava Jato investigation to take our oil.” Perhaps Chavismo is stronger than imagined?

Down and out in Dhaka The Interpreter

Yes, Kashmir is angry but don’t edit out the rest of the story Times of India

Trump to extend reprieve for US companies selling to Huawei FT

If I Were Still Conservative Patheos. Well worth a read.

Biden: ‘There’s an awful lot of really good Republicans out there’ The Hill

What will it take for the Democratic establishment to abandon Biden? The Week

Rooting for a Recession Is Dangerous—Especially Under Trump The Nation (Re Silc).

Trump’s large union crowd at Shell was given the option of not showing up — and not getting paid Post-Gazette. “‘This is just what Shell wanted to do and we went along with it,’ said Ken Broadbent, business manager for Steamfitters local 449.”

Memo to mainstream journalists: Can the phony outrage; Bernie is right about bias Salon. MSNBC has been what it is for some time:

I said above that there’s “almost never a memo or order from top management” to newsroom journalists. In normal times, the media system works smoothly without top-down directives. But in times of crisis, such as during the run-up to the 2003 invasion of Iraq — when I was a senior producer of MSNBC’s primetime Phil Donahue show — there may well be orders and memos.

As the invasion neared, top management at MSNBC/NBC News ordered us to bias our panel discussions. If we booked one guest who was antiwar on Iraq, we needed two who were pro-war. If we booked two guests on the left, we needed three on the right. When a producer proposed booking Michael Moore, she was told that three right-wingers would be required for balance. (I thought about proposing Noam Chomsky as a guest, but our stage couldn’t have accommodated the 28 right-wingers we might have needed for balance.)

During that period, we were told by MSNBC brass that invasion opponent Ramsey Clark, a former U.S. attorney general, should not appear on the channel. Apparently, some sort of blacklist.

When the Donahue show was terminated three weeks before the Iraq invasion, internal memos that had circulated among top NBC News executives actually leaked. (God bless whistleblowers!) One memo said that Phil Donahue represented “a difficult public face for NBC in a time of war. . . . He seems to delight in presenting guests who are antiwar, anti-Bush and skeptical of the administration’s motives.” The memo described a dreaded scenario in which the Donahue show would become “a home for the liberal antiwar agenda at the same time that our competitors are waving the flag at every opportunity.”

Mass shootings give rise to bullet-resistant backpacks Stars and Stripes

EXCLUSIVE: Jeffrey Epstein shipped $100K cement truck to ‘P*dophile Island’ three weeks before damning expose was released, paying for machine up front so it would arrive quicker, as experts say he could have ‘literally covered up evidence’ Daily Mail. Suicidal tendencies. Obviously.

The Myth of American Military Dominance War on the Rocks (Re Silc).

Mike Duncan of the “Revolutions” podcast:

…because, for me, the most likely scenario involves 1% types building impenetrable compounds in the remaining habitable zones patrolled by a ring of drone weapons to vaporize any prols who get too close…

In order to understand the brutality of American capitalism, you have to start on the plantation. Matthew Desmond, NYT (Re Šilc). “Around the world, there are many types of capitalist societies, ranging from liberating to exploitative, protective to abusive, democratic to unregulated.” Not sure how wage labor can ever be characterized as “liberating,” but liberals gotta liberal.

A.I. Is Learning From Humans. Many Humans. NYT. Training our replacements on the grand scale.

Every Penny a Vote LRB. “[T]he notion that neoliberals were, by and large, moderate in tone and inclined to compromise, only to lose their way in the 1970s and 1980s, is chimerical. The foundational intellectual work was radical, and took place before the Second World War.”

How Do You Actually Change Things? Current Affairs. First slowly. Then all at once. 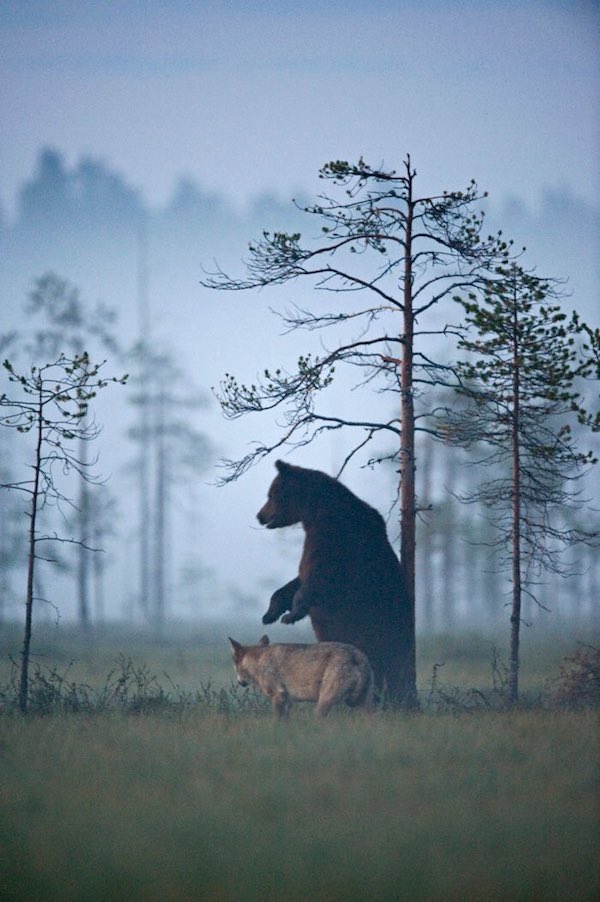 Now here's something you don't see everyday in Australia… Kangaroos jumping in the snow. This is beautiful! ❄ pic.twitter.com/Q1uALoq9Gv