Animal friendships change with the weather in African savanna Science

The Life Factory: Synthetic Organisms From This $1.4 Billion Startup Will Revolutionize Manufacturing Forbes

17 Countries, Home to One-Quarter of the World’s Population, Face Extremely High Water Stress World Resources Institute. The United States is #71 on the list, but averages conceal. AZ, CA, CO, NM, and UT are all High or Extremely High stress.

India Moves to Strip Kashmir of Autonomy, Potentially Setting Up Conflict in Disputed Territory The Intercept

‘Everything Has Been Lost. Except Our Resolve to Fight Back’: Shah Faesal on Kashmir The Wire

Multiply this by tens of millions:

To better care for her family, Chen Chunlian moved back to her hometown in Shaanxi province and opened a pedicure shop from her apartment.

Protest is not enough to topple a dictator: the army must also turn Aeon

The Push to Expand Gun Background Checks: What You Need to Know New York Magazine

Elitists Roll Out “Stop Rebelling And Support Biden, You Insolent Little Sh*ts” Campaign Medium. While at the same time in a moral panic about white supremacy.

Messages left for Jeffrey Epstein ‘suggested his friend might be procuring two 8-year-old girls for the pedophile to sexually abuse’ state court docs filed by victims’ lawyer Daily Mail. Again, the focus on the awfulness of the individual at the center of the network, but nothing on the network. Odd.

Times public editor: The readers versus the masthead CJR

Stopped, Ticketed, Fined: The Pitfalls of Driving While Black in Ferguson NYT (UserFriendly).

What about the 30-50 feral hogs? Man’s defense of assault weapons goes viral Guardian

30-50 private equity managers, rolling around in a pile of cash they took from an unsuspecting public while firing the retail workers who are struggling to make ends meet as it is. That’s the tweet.

Student Debt and Racial Wealth Inequality (PDF) Marshall Steinbaum. As it happens, a universal benefit that raises everybody to a baseline disportionately benefits those farthest beneath the baseline. Who would have thought?

Randa Ragland got a letter: &quot;Your eyesore is affecting the resale value of OUR homes.&quot;

&quot;So many things&quot; had happened, Ragland says. She posted on Facebook, asking people to &quot;try being kind.&quot;

She never could have imagined the kindness that came next. https://t.co/gXKCwDw4sX

Antidote du jour (via). I couldn’t help myself: 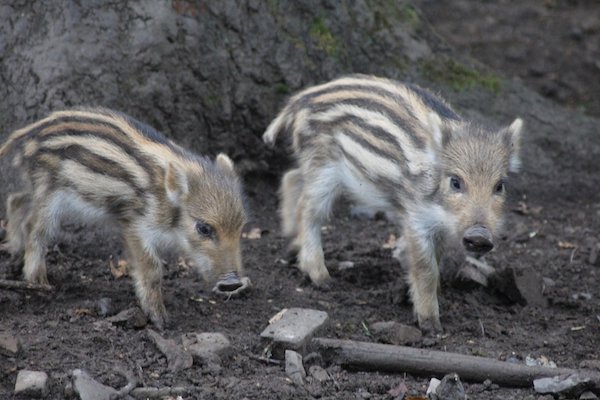