On a wing and a player: hopes webcam can save endangered albatross Guardian (MGL). From the beginning of the year but still a heartening story.

Yak loose in Virginia after escaping transport to the butchers BBC

Climate Change Will Create 1.5 Billion Migrants by 2050 and We Have No Idea Where They’ll Go Motherboard

The Truth About Faster Internet: It’s Not Worth It Wall Street Journal. So if you had any doubts, this should settle them. 5G is for planned obsolescence and better snooping. Get this:

Our users spent an evening streaming up to seven services simultaneously, including on-demand services like Netflix and live-TV services like Sling TV. We monitored the results.

Peter Loftus, one of our panelists, lives outside Philadelphia and is a Comcast customer with a speed package of 150 megabits a second.

Peter’s median usage over 35 viewing minutes was 6.9 Mbps, 5% of the capacity he pays for. For the portion when all seven of his streams were going at once, he averaged 8.1 Mbps.

For a point of reference, 6.9 MBPS is the sort of speed you get with DSL over copper.

An anti-vaxxer throwing menstrual blood at California lawmakers today to stop them from passing a pro-vaccine bill that was already signed into law four days ago is the epitome of the type of violent ignorance that is destroying the foundations of our health and our democracy.

Johnson plans to force Brexit deal in 10-day blitz Financial Times. Help me. The 10 day blitz is with Parliament, which is the easier part. The headline presupposed a new deal with the EU. There’s been talk of throwing the DUP under the bus and going with the “sea border” but as Clive has pointed out, that’s not trivial from a “And how exactly do we do this?” perspective. See Richard North below for a sanity check.

in the richest nation in the history of the world, it is absolutely outrageous that john's struggle is not unique. pic.twitter.com/OnNmn3e0ZZ

Carcinogens Have Infiltrated the Generic Drug Supply in the U.S. Bloomberg. We warned about the dependence on uninspected foreign providers, particularly in China, more than a year ago.

We Asked Prosecutors if Health Insurance Companies Care About Fraud. They Laughed at Us. ProPublica. UserFriendly: “Don’t you just love how effective markets are at maximizing efficiency?”

Man, journalists are giving Julian Castro a really raw deal here. Look at the transcript. He is quite obviously right and Biden is dead wrong. pic.twitter.com/MSkyqlsj8G

Joe Biden Should Drop Out Rolling Stone (resilc). Na ga happen. He didn’t listen to Obama effectively telling him not to run….But this is an interesting theory of failure. Biden was assumed to have solid black support despite his history on bussing. Twitter would suggest that’s crumbling, but I’m not sure how fast the debate gaffes are propagating to mainstream voters.

Warren says her tax plan asks just ‘two cents’ of the super-rich. But how much of a hit would Gates, Walton and their peers actually take? Washington Post. UserFriendly: “This is what is wrong with Warren. This clusterfuck oligarchy isn’t anyone’s fault. They just accidentally became billionaires by breaking the middle class.”

And while some Republican compares @AOC to the Khmer Rouge in an obscene attack ad, the Trump administration is deporting Cambodians who *fled the Khmer Rouge* when they were children.https://t.co/fdoQ9Y0QHG

Harvard Officials Say $8.9 Million Donation From Jeffrey Epstein Was From Brief Recovery Period When He Wasn’t A Pedophile The Onion (Chuck L)

Big Tech emails called for in US antitrust probe Financial Times (David L). This is gonna be FUN!

Whole Foods is cutting medical benefits for hundreds of part-time workers Business Insider (Big Tap). Don’t shop Whole Foods. Don’t use Amazon unless you are in a serious retail desert, and then do your best to keep it to the minimum.

American Renewal: The Real Conflict Is Not Racial Or Sexual, It’s Between The Ascendant Rich Elites Daily Caller. UserFriendly: “Since when does the Daily Caller get things absolutely spot on?” Moi: This is a must read, believe it or nor.

Felicity Huffman Sentenced to 14 Days Behind Bars in College Admissions ScandalNew York Times. Resilc: “14 years if poor and or black.”

Antidote du jour. Meeps: “If you pour a lizard a libation…” 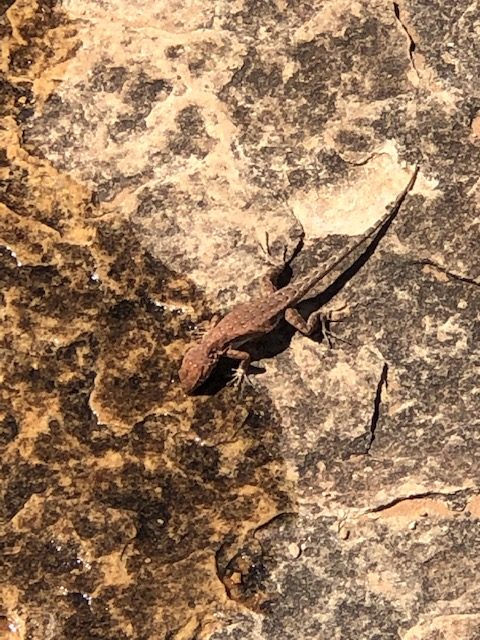 I have a lot of shampoos to be fragrant, I have a date today😂😂😍 pic.twitter.com/iWrxHZeKjy