Where The Wild Things Were is Where Humans Are Now Journal of Human Ecology, available for free here or here (Lawrence R)

The Crisis for Birds Is a Crisis for Us All New York Times. Resilc: “Big falloff in my Vermont pasture.” Moi: Now that I think of it, fewer crows in Maine in the last two years…and they are omnivores and even eat carrion.

Why Prescription Drugs Cost So Much More in America Financial Times. Reminder: Try Googling the headline.

PROGRESSIVE REGRESSION; Metamorphoses of European Social Policy Wolfgang Streeck, New Left Review. (Anthony L). I’ve only started it, but this is a terrific piece. Full of observations like “In practice this means that in public debate, anybody can imagine ‘Europe’ to be whatever he or she likes.”

“Things are going backwards,” said one senior EU diplomat. Another official described the state of talks as “horrible”.

‘Do I throw it over him?’: Priest hands Irish PM heading to meet BoJo bottle of HOLY WATER ‘for protection’ RT (Kevin W)

On Iran, Trump Is All Talk, and Thank God for That Matt Taibbi, Rolling Stone (resilc). “… he has tiptoed away from full-scale invasion scenarios in Syria, Venezuela and other arenas that might have tempted other presidents. Nobody really knows why.” I was struck during the campaign how Trump seemed to have a strong visceral response to images of bombed-out Middle Eastern cities. It was a departure from his blather. My take was as a real estate guy, he knew how much work these homes and offices represented, and how easy demolition is and how hard it is to rebuild, and that this registered with him in a way that accounts of personal suffering didn’t. Or it may simply be that too many people are trying too hard to muscle him, and he senses their over-eagerness.

Barely 1 in 5 Americans view Saudi Arabia as a US ally — as Trump weighs military action against Iran over attacks on Saudi oil facilities Business Insider. Resilc: “Nobody cares what we think, it’s a cash flow expo in DC.”

US drone strike intended for Isis hideout kills 30 pine nut workers in Afghanistan Guardian. and How Many Future Terrorists Did We Create Yesterday? Esquire (resilc)

Edward Snowden Wants To Come Home: ‘I’m Not Asking For a Pass. What I’m Asking For is a Fair Trial’ CBS

Facebook Suspends Tens of Thousands of Apps Following Data Investigation Washington Post. Sounds like shutting the barn door after the horse is in the next county.

Your smart devices listening to you, explained Recode. What corporate flack placed this piece?

Trump: I Cannot Be Criminally Investigated While In Office Jonathan Turley

UserFriendly: “Does she not have advisers telling her this was stupid?”

Tulsi Gabbard welcomes Modi to US, apologizes for not being able to attend #HowdyModi “due to previously-scheduled presidential campaign events” pic.twitter.com/3LOMkWZKun

Natural Gas Could Be Replaced Within 15 Years OilPrice

A person at one US bank said that while it been “net lenders into the market” this week, they “have to make economic decisions for the company”. That means that the cost and return of deploying cash in the repo market is assessed relative to the cost and return of using funds for other things, like investing in currencies overnight.

So a reader yesterday was on the right track in wondering about the distribution of reserves but looking at the wrong actors. He thought the big banks might be short on reserves when it was the reverse: they were holding them back! And Nathan Tankus below explains why:

There was obviously a ton of discussion of liquidity this week after repo rates rose a lot and the Fed conducted the first large scale repurchase agreements since the Great Financial Crisis. To explain what’s happening, we need to properly discuss Basel 3. THREAD 1/N

Antidote du jour. Tracie H: “For some reason, this little butterfly reminds me of someone licking their fingers after a tasty finger-food snack.” 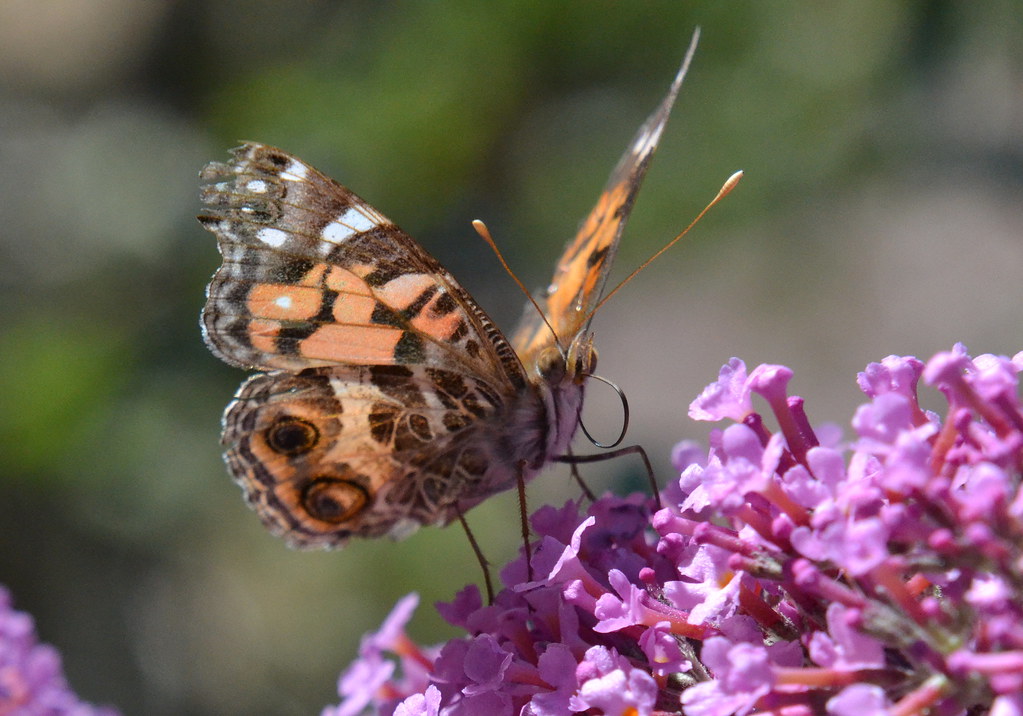