Yves here. I anticipate readers will have fun with this No Deal analysis.  And some of the things Murphy lists as costs are benefits in the eyes of businesses,  like reducing worker and consumer safety standards.

And I suspect most UK readers got the news….that Johnson was feted at the Conservative’s annual conference. From Politico:

Boris Johnson faces trouble on every front, but to the Conservative grassroots, he is the hero they’ve been waiting for….

“We have more members than ever before and more young people than ever before coming along, so it’s going to be a really positive, upbeat conference,” said Pamela Hall, the president of the Conservative grassroots board who chairs the conference. “I’ve never known us as united as we are at the moment. Everybody is fully behind the prime minister.”

Andrew Colborne-Baber, who chairs the party board on memberships, announced Sunday morning that the party has 189,000 members, up from around 130,000 in early 2018. He attributed the boost in part to a new database which was more effective at preventing memberships from lapsing and also to Johnson. “There are a lot of people coming on board since the leadership election,” he said.

Polls, too, look largely positive for the prime minister, with an Opinium survey for the Observer reporting the Tories holding a 12-point lead over Labour.

I had a friend who has now decided to become a Brexit Party parliamentary candidate. There are some things friendship cannot survive. But I did try to work out what the advantages of his fervent No Deal enthusiasm might be, since the speech he showed me that he proposes to deliver on the stump only referred to deals we can already do with China and the USA, and what I consider to be some rather nasty racist tropes. So I drew myself a table. This is what I came up with in about fifteen minutes. Please feel free to add suggestions for both columns*.

* My former friend is not invited to comment: those promoting racist views, or who accuse me of racism for supporting Remain (apparently the EU is a white Christian conspiracy to which I subscribe)  for are not welcome on this blog.

I add this in case it is easier to read: 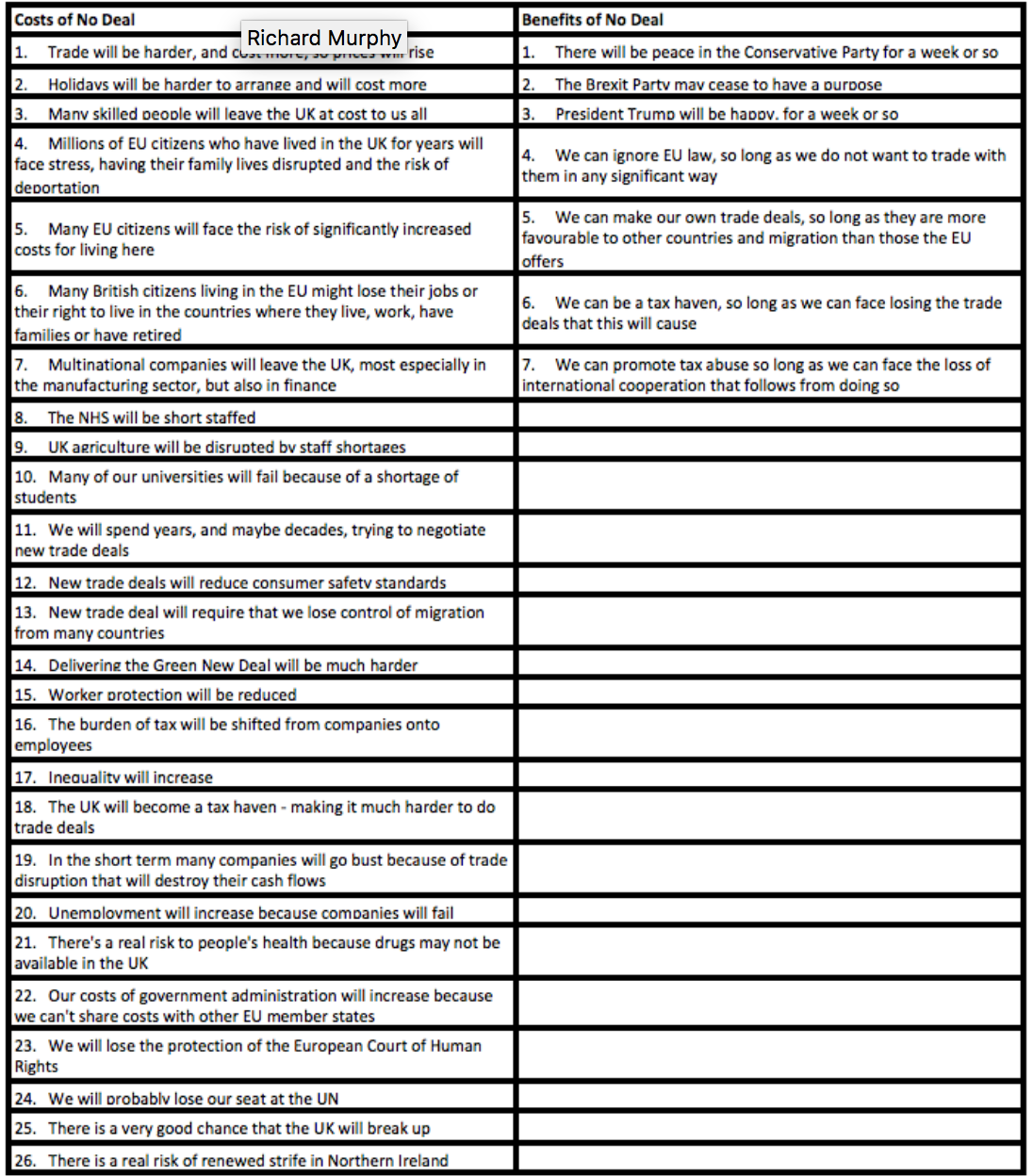