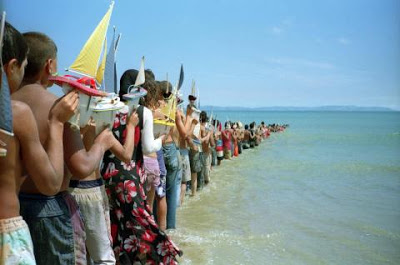 Two Washington exhibits, terrifyingly timely for the stark options before us, demand attention from the recently returned 116th Congress. The Warmth of Other Suns, an exploration of the plight of migrants and refugees, at the Phillips Collection, departs Sept. 22nd. The David H. Koch Fossil Hall— Deep Time, at the Smithsonian Natural History Museum is, like its fossils, here for the long haul. Connect the troubling dots between the two exhibits. Understand the coming Tsunami of climate refugees if the pressures driving it aren’t arrested.

A thirty-five million dollar contribution landed the late David Koch’s name on the Smithsonian exhibit. On the contributors’ plaque, his status is equal to the US Congress. That’s fitting. He should also be on plaques for offices of many in Washington for whom David and Charles Koch paved their way.

The impressive exhibit fills in parts of the last 4.6 billion years some might have missed, from mass extinctions to fossil fuel formation, to disappeared myriads of species from mankind’s sprawl. 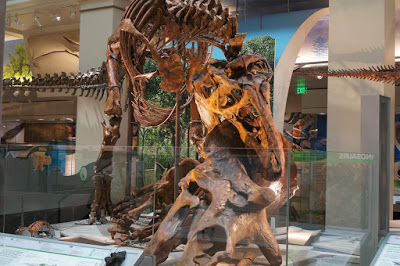 There’s authentic angst over scientific institutions accepting funding from controversial figures like the Kochs, given their role institutionalizing denial of mankind’s climate impacts.

But here David Koch’s funding is a teachable moment. His contribution is minuscule next to vast, often murky fortunes the Kochs spent over decades, building a seamless web of anti-regulatory strategies, organizations and well-placed minions– twisting federal and state governments and even the judiciary– in lockstep with denial of fossil fuels cooking us.

Some might criticize the exhibit’s message on greenhouse gases as too light, too scattered or too dwarfed among crowd pleasers like a T-Rex munching a Triceratops. In messaging, points can be shaved many ways. But take the museum at its word that donors didn’t determine content. The exhibit is an eloquent statement on mankind’s impacts. 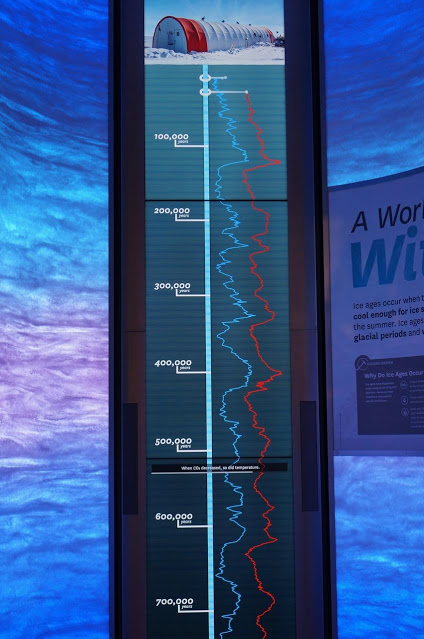 Those taking time to fully absorb the exhibit should feel hair rising on the back of their necks. Of millions walking through every year, many will pause at a multimedia presentation of polar ice-core evidence. A line of atmospheric carbon dioxide rockets like a Roman candle, rising temperatures riding shotgun. Ponder mass extinctions from toxic gases belched from fissures in Siberia, or from an asteroid whack, creating new forks in the road. Sea life starts from scratch. Dinosaurs morph into birds. But absent an abracadabra asteroid, major changes follow very long time lines, as do successful adaptations of flora and fauna. Visitors realize the children many have in tow won’t speedily evolve into Aquaman. 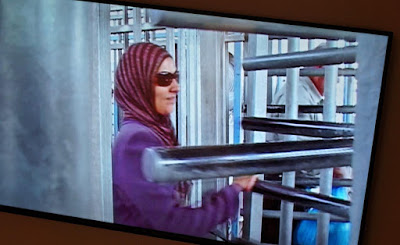 For the Phillip’s The Warmth of Other Suns, the second part of the title is Stories of Global Displacement. That’s the key phrase for holding both exhibits in mind. Widely varied works from around the world convey a visceral grasp of desperate people struggling to improve family prospects, not just for bettered lives, but often for survival. People on the move emerge beyond statistics. One sees their commonality with six million African-Americans who migrated from a Jim Crow South, with midwesterners who fled the horrors of the Dust Bowl, with the multitudes moved through Ellis Island. Contemplate the many thousands recently perished, from the Mediterranean Sea to the Arizona desert; the stilted, malnourished lives of children in occupied lands and internment camps. 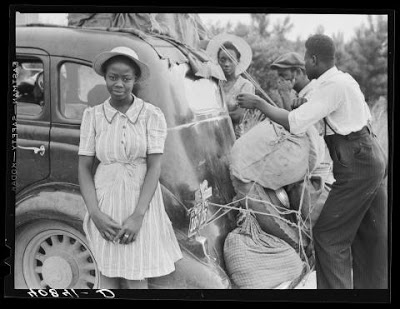 This art is important. What kind of people will we be if we’re so overwhelmed we lose our capacity for empathy, if desperate people become invisible? That, one fears, is a quicker evolution. How much precious time will be squandered on the folly of walls as people start moving in unimagined numbers because of a failure to decisively act on climate

The creation of climate refugees is already underway from drought, failing crops, water shortages and punishing heat waves from India to Australia. They already include many people heading north from Central America. 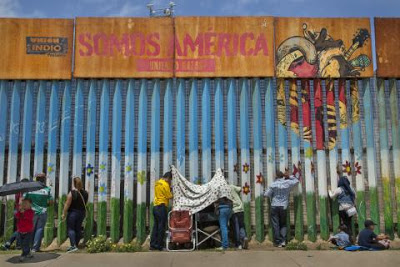 How vulnerable is a human population that doubled in a mere forty-six years, nearing eight billion? No wonder that, according to the National Oceanic and Atmospheric Association, in the last two decades the rate of carbon dioxide increase has been 100 times faster than prior natural increases. Vast numbers, including those in most of the world’s mega-cities, live by rising seas.

A heating climate isn’t an expressed theme in the Phillips exhibit, but there is an undeniable connection between diminishing resources and fewer viable human habitats to civil strife and the tensions that seed oppression and war.

Taken together, these two very different exhibits pound home the message that the unthinkable can happen. Environments can collapse and with them civilizations. Bellwethers are on the gallop: buzzsaw hurricanes, record heat, melting Arctic ice, thawing permafrost, oceanic heat waves, toxic algae blooms, dying corals, acidifying oceans. The Amazon under assault. What surprise natural phenomena is mankind lighting the fuse for that will double-team us?

These are not timid times. Timid solutions need not apply. There is no breather for political leadership to avert its gaze, to turn bold plans to mush to jockey campaign contributions. Mankind is up against it. Stop pretending otherwise.