This is Naked Capitalism fundraising week. 1410 donors have already invested in our efforts to combat corruption and predatory conduct, particularly in the financial realm. Please join us and participate via our donation page, which shows how to give via check, credit card, debit card, or PayPal. Read about why we’re doing this fundraiser and what we’ve accomplished in the last year, and our current goal, more original reporting.

Yves here. I’m a bit behind schedule but will be all done by 7:30 AM EDT, so refresh your browser a bit later if you get here before that time.

Recycling plastic is probably not worth it, according to MIT expert Business Insider (David L)

Comedians are being hired by the hour to help dementia patients. Their goal? ‘A full belly laugh.’ Washington Post

Brexit is a journey without end for Britain Martin Wolf, Financial Times

Revealed: the EU’s point-by-point rejection of Johnson’s Brexit plan Guardian. From yesterday, and linked to in a Richard North post that Lambert featured, but important for its detail.

Lucid writing from David Edgerton: “Brexit is a necessary crisis, and has provided a long overdue audit of British realities. It exposes the nature of the economy, the new relations of capitalism to politics and the weakness of the state” https://t.co/yM2MmycJZd

One of Russia’s most prominent investigative journalists, Sergey Kanev, says there is nothing super-secret about unit 29155 of GRU which NYT reported on yesterday. When you google, the unit’s address and commander’s name pop up on numerous yellow pages type sites. pic.twitter.com/2WuGOQnjqH

Remember the FBI’s promise it wasn’t abusing the NSA’s data on US citizens? Well, guess what… The Register (Dr. Kevin)

This is article is a little old because I just heard about this. I think this is a bad idea. My Defense background really concerns me that this could potentially be an “Information Operation” by an unknown party to trick first responders around the globe into revealing what specific equipment they have (typically referred as “kit”), which would reveal the extent of capabilities they have (or don’t). A nefarious actor could use this information to tailor an attack designed to exceed their limits to respond to maximize effect, or pick the softest targets.

Why democracy is crumbling in the West Al Jazeera (resilc)

‘Tell the truth … for a change’: ex-President Carter’s advice to Trump Reuters

Trump fires back on impeachment The Hill

READ: White House letter to House Democrats CNN (Kevin W). Important. But would have been better to have stopped with the due process points under the first header. The argument about turning over an election is silly and undermines some solid scores earlier in the letter.

The Plot Against Medicare for All New Republic (UserFriendly)

Elizabeth Warren and Bernie Sanders struggle to explain Medicare-for-all impact on the middle class. Washington Post. UserFriendly: “Just shoot me. The tax is fixed, if it costs more it goes on the deficit.”

WaPo Goes After Warren With a Posse of Centrist Sources FAIR (UserFriendly, furzy)

Bernie Sanders’ daughter-in-law, a native of Burgettstown, dies at 46 after cancer diagnosis Pittsburgh Post-Gazette. UserFriendly: “:-( Awful. When it rains it pours.”

Elon Musk Wants You To Know The ‘Pedo Guy’ Thing Has Been Very Hard On Elon Musk – Jalopnik. Kevin W: “The article itself is loaded with many images of the deposition of Musk in court.”

MMT Theory Could Be Winning In Washington, Worrying Economists – Bloomberg (furzy). How about “Worrying the economics mainstream that didn’t see the crisis coming, didn’t think there was anything wrong with sharply rising inequality until it hurt groaf and led to (horrors) populists being elected all around the world, can’t be bothered to think much about climate change, and didn’t foresee that QE was an asset bubble blower that helped banks at the expense of savers and real economy investment (witness stock buybacks). Those economists?

This CAT is a Dangerous Dog RealClearPolicy. UserFriendly: “Boo Hooo!!! I want the right to have my billions slosh around and ruin people’s lives on a whim!!” Moi: “Do these people not realize their broker is required to track the basis of every security they own?”

Against the Pundits’ Class Nation (UserFriendly)

Happy World Octopus Day! This beauty is the wonderpus octopus (Wunderpus photogenicus). Octo-fans should also check out Heidi the day octopus (Octopus cyanea) changing colour as it sleeps. Then go 1,600 metres deep with a probably-as-yet-unknown-to-science cirroteuthid octopus that billows so soothingly it looks like it’s in slow motion. (Reinhard Dirscherl/Getty) 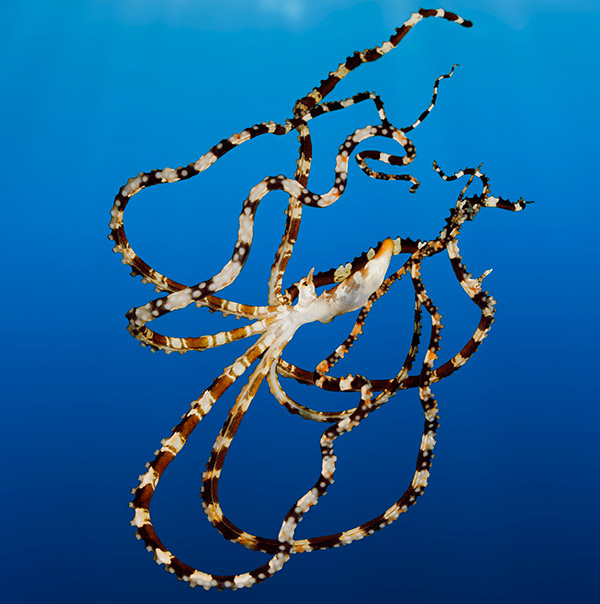 And a bonus from Kevin W. I must confess I enjoy birds with a sense of humor.