Prescott Valley man registers beehive as therapy animal ABC15. So I can take it on an airplane?

The Story of the World’s Loneliest Tree National Geographic

Free Returns Come With an Environmental Cost The Verge

Out of the lab, into the fight: climate change compels scientists to speak out about the threat Los Angeles Times

Pierse said the the recent raids do not indicate that Beijing is shutting down crypto mining operations per se, but merely going after illegal electricity users, AMBCrypto reported.

However, he pointed out that just four regions in China account for 65% of the world’s hash rate and Siachen alone is responsible for 50%. Therefore, if China decides to shut down network access, it could be very problematic.

The Rise of Biometric Authentication – The Rewards and Risks Data Science Central (PJH). Oddly ignores the way just about every financial institution I speak to asks me to authorize taking a voice print….and readers have said JP Morgan takes one whether you agree or not.

Uninstall This Alleged Emirati Spy App From Your Phone Now Wired. Since I don’t do apps, I can afford to be blase…but explain to me why the UAE spying on me is more worrisome that Uber stealing my contacts as well as recording my rides (including taking a video in the car) or fitness apps sharing my data with Lord only knows who?

Where’s Rudy? The Bulwark (furzy). Way out over its skis: “The House managers should call him to testify, no matter what.”. The time for the House to call anyone was when the process was in the House. The idea that the House can dictate process to the Senate in order to make up for cutting corners on fact-gathering is lunacy.

The Hell That Was Health Care Reform New Republic (UserFriendly)

Michael Moore Predicts 2020 Trump Victory: Trump’s Level Of Support “Has Not Gone Down One Inch” RealClearPolitics. Resilc flags this part:

They voted for the Democrats all down ballot and left the top box blank. She only lost Michigan by 10,000, 11,000 votes. Ninety thousand wanted to send a message to the Democratic Party: “You forgot us a long time ago out here, and we will not put up with this anymore. We’re not going to vote for Trump, but we’re not going to tolerate you sending us another Republican-lite Democrat.”

Who is ahead in the Democratic primary race? Economist. Dan K: “This is a good writeup, unfortunately the underlying dataset is sparse (as far as scraping goes).”

Iowa polls listed on RCP from Nov./Dec. of this year: 6

(There’s a whole apparatus of poll-based models that has now emerged, but no polls feeding into them.)

BREAKING: Elizabeth Warren’s campaign sounds the alarm as fundraising pace slows about 30% in fourth quarter. The campaign told supporters in an email that, so far, they’ve only raised just over $17 million in Q4. https://t.co/X7OKbKQx9k

AOC says ‘it would be an honour’ to be vice president for Bernie Sanders Independent (resilc). She’d be wasted as VP even if she were old enough. Better as head of HHS or whatever the Green New Deal boss is called.

Ten years of social media have left us all worse off Financial Times (David L). “He would say that, now wouldn’t he?”

America’s marijuana growers are the best in the world, but federal laws are keeping them out of global markets Washington Post (Kevin W). Really? Not my category but wouldn’t most things being equal, locally grown weed be better?

Owner-Occupancy Fraud and Mortgage Performance Philadelphia Fed. UserFriendly: “It was those no good lying borrowers that forced the banks to make bad mortgages!”

From the Pleasant Lake Protective Association newsletter, via Lawrence R:

Forktail damselfly laying eggs in water a lily stem. Aquatic insects and other invertebrates spend their lives, from egg through adult stages, in or near the water. This damselfly’s eggs hatched in August and the larva will overwinter in the mud. 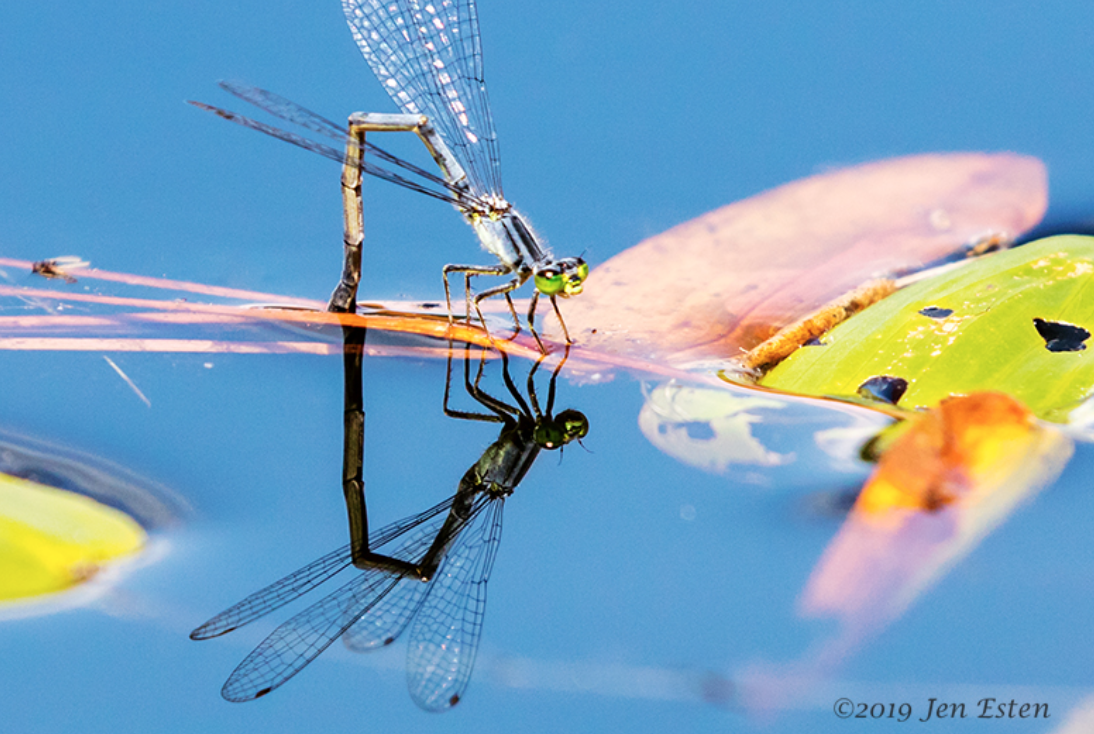