Yves here. This is a second Kaiser Health News article on adverse reports about medical devices that FDA has perversely been kept from the public, putting patients at risk. While it’s a public service for KHN to be exposing this issue, the article comes off as unduly anodyne.

As with the first story, the reluctance to call out the FDA comes off as perverse. And the piece takes an awfully long time to identify some of the devices….when anyone with a heart device would be alarmed at seeing the headline and would want to know sooner rather than later if his might be implicated. KHN has a roster of very seasoned journalists, so it is puzzling to see them pull their punches.

Having said that, the FDA responding to FOIAs in two year is actually responsive by Federal standards. The SEC makes clear it won’t deign to respond in less than three years. Thus as much as CalPERS Public Record Act requests are frustrating in the way the agency flagrantly refuses to produce records it is required to cough up, it as least has to say so in a timely manner.

By Christina Jewett, Senior Correspondent with the KHN enterprise team, Previously she worked for The Center for Investigative Reporting, including on a series that uncovered widespread graft in drug rehab centers, spurring the closure of centers and 11 arrests and also won a George Polk Award for exposing overcharging at a hospital chain. Before that, she wrote for ProPublica and the Sacramento Bee. Originally published at Kaiser Health News 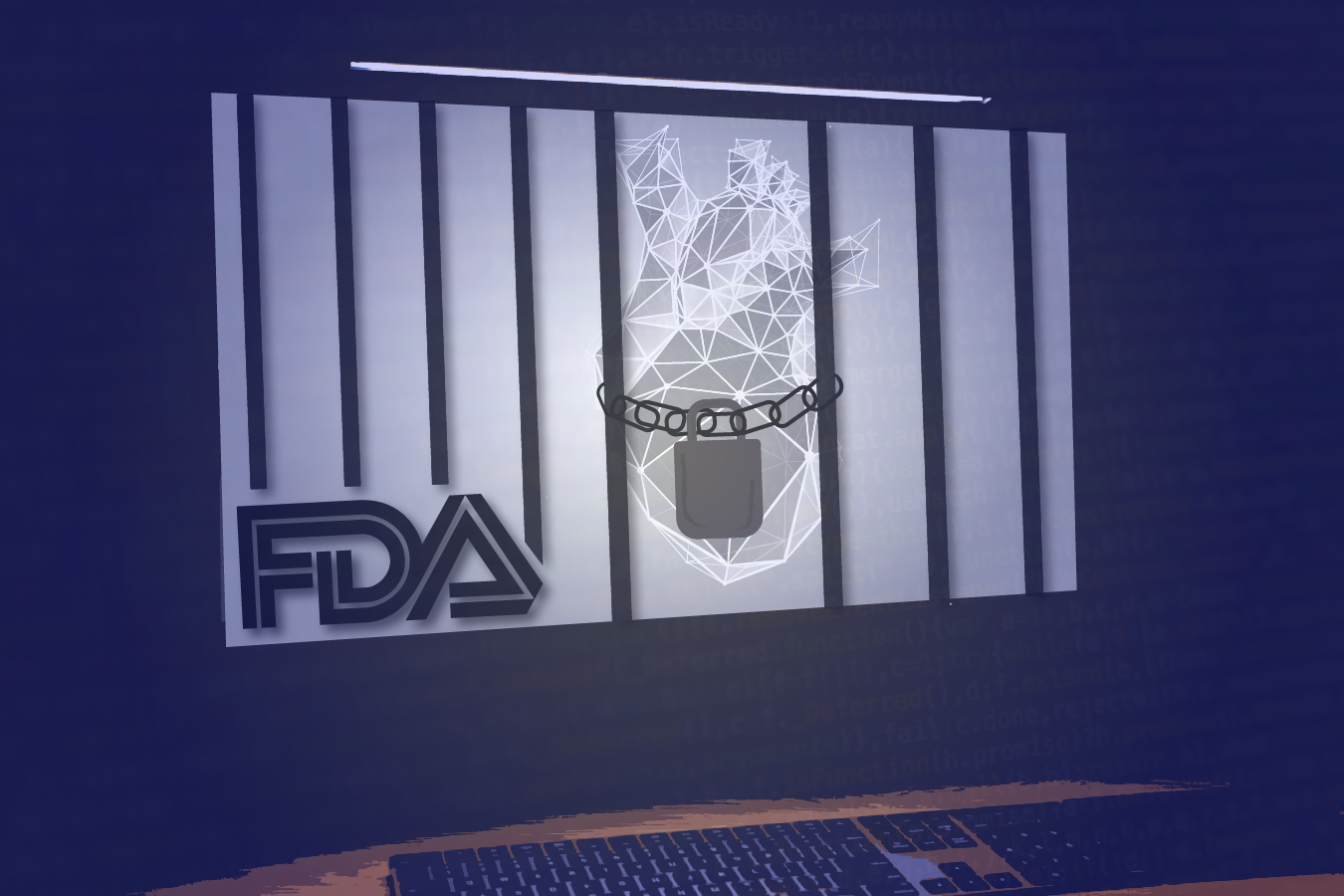 Key death data about heart devices sits in inaccessible Food and Drug Administration reports that can take up to two years for the public to see under open-records laws. (Hannah Norman/KHN Illustration; Getty Images; Wikimedia Commons)

The Food and Drug Administration continues to file thousands of reports of patients’ deaths related to medical devices through a reporting system that keeps the safety data out of the public eye.

The system is similar to a vast program exposed earlier this year by KHN that kept device-injury reports effectively hidden within the agency. The FDA shuttered the program after the article about it was published and released millions of records.

The result of this remaining so-called registry exemption program is that key death data about heart devices sits in inaccessible FDA reports that can take up to two years for the public to see under open-records laws. Device-related death reports are typically open, allowing researchers to track and alert their peers about safety concerns.

The FDA carved out the exemption in 2010 and it covers six devices, a spokeswoman said. Doctors tend to report extensive data on patients for certain medical devices that are closely monitored in registries. Private medical societies tend to administer the registries and act as gatekeepers to the data.

The registry leaders, in turn, have reported data to device makers, who sent the FDA spreadsheets detailing what they know about more than 8,000 patient deaths. Those spreadsheets are also inaccessible to the public.

Under standard FDA reporting rules, the device maker is bound to investigate and send the agency a detailed public report about each patient death believed to be device-related.

Device makers say the registries strip key data they need to fully investigate each death, most of them related to heart valves threaded through a catheter and implanted in faulty hearts.

“It’s crazy,” said Diana Zuckerman, president of the National Center for Health Research. “I have to say, there’s not a particular reason I can think of why you put [summary reports] behind some kind of firewall where no one can see it.”

An FDA spokeswoman said the agency just got additional funding from Congress that it plans to use to make “more information readily available and easier to access.”

“We agree that the public should have access to more information about reports of adverse events for medical devices,” the agency said in an email, noting that its current public device database called MAUDE is outdated and “has limited functionalities.”

Earlier this year, the FDA shut down other so-called exemptions to its device-reporting rules that put millions of device harm or malfunction reports out of public reach. Doctors, researchers and even device-safety experts were unaware that for 20 years the FDA accepted 5.7 million reports through its “alternative summary reporting” program.

The FDA released the data ― and the identity of 108 devices that had been quietly “exempted” from public reporting ― in June after KHN reported on the scope of the program.

The FDA also said in December that it is no longer accepting “litigation” summary reports, also highlighted in the KHN report, which makers of pelvic mesh and surgical robots used to file thousands of reports on spreadsheets straight to the agency.

The FDA said it left the registry exemption in place to support the massive datasets being built around certain devices. The registry data helps the agency “act quickly with manufacturers and health care professionals to make more timely, evidence-based decisions to mitigate device problems and keep patients safe,” the statement said.

The FDA accepts hundreds of death reports on spreadsheets kept within the agency from the TVT Registry, which tracks valves threaded through a patient’s vessel in a catheter and implanted in the heart.

The devices have been hailed as lifesaving for patients too fragile for open-heart surgery. They have also been controversial because they have created a need in some patients for an additional device ― a pacemaker ― compounding their risk. Experts have also questioned whether the devices will be durable, particularly as they’re increasingly implanted in younger patients.

Such a heart valve made by Medtronic called CoreValve amassed the most reports, with more than 5,800 death incidents reported since 2014, according to Medtronic. The device was initially approved for patients too sick for open-heart surgery.

The device helped boost survival in fragile, elderly heart patients, with nearly three-quarters still alive and free of major strokes a year after the valve was implanted. It and a competing, similar valve have since been approved for use in younger, healthier patients.

The quarterly summary reports filed with the FDA note hundreds of deathsand thousands of injuries. They say the “anonymized” registry data did not have enough information for Medtronic to determine whether the event was previously reported to the company or the FDA’s public device-injury database called MAUDE. The spreadsheet sent straight to the FDA includes “observations related to patient deaths.”

Medtronic filed far fewer stand-alone public device-death reports, about 900, many summarizing valve-related deaths mentioned in published research. While device companies are required to report patient deaths to the FDA if they have enough information to investigate, doctors are not ― explaining some of the reporting gap.

Medtronic said in a statement that it strives to eliminate malfunctions in all of its devices, but, when they occur, “we make every effort to inform regulators, the healthcare community and the public in a timely … manner.” The company said about 40% of deaths reported from the registry data list no cause, so it’s unclear if they were related to the device.

The maker of the competing device approved in 2011, the Sapien 3 Transcatheter valve, also files death reports under the registry exemption. Edwards Lifesciences filed spreadsheets since 2016 reflecting 2,400 death incidents and individual reports on about 400 deaths.

Edwards’ reports describe possible device-related deaths in patients who had too little or too much calcification in their hearts or whose deaths were attributed to fragility and age. Edwards also notes in its summary filings that “device information is not included in the data received from the registry.”

Dr. Steven Nissen, chief academic officer at the Cleveland Clinic, said the number of deaths is not alarming, given the frailty of the patients initially undergoing the procedures. But he said the underlying data sent to the FDA should be open.

“To understand safety of devices, we need to have access to all of the data,” he said.

The valve business is brisk and growing, with much of the money coming from the taxpayer-funded Medicare program. Edwards reported $700 million in sales for one quarter of this year for its Sapien valves and predicts a $7 billion market in 2024.

In all, the FDA said it has granted registry exemptions to six devices tracked in three registries. Makers of the MitraClip, which is also threaded in a catheter to clip together flaps in the heart, have filed spreadsheets reflecting more than 500 deaths.

The FDA said it has also given the registry exemption for a cardiac device called the Watchman and to Medtronic’s Valiant Thoracic Stent Graft and a Medtronic catheter used to reopen blocked leg arteries.