Yves here. I’m putting up this piece precisely because I find it to be frustratingly superficial and hope readers will come up with additional observations and ideas. Specifically, it skips over the various reasons why CEOs are so blinkered in their view of risks that they don’t put climate change at the top of the list. Blaming that result on “economics” comes close to obscuring the problem.

For instance, CEO thinking isn’t driven by economics as practiced by either neoclassical or finance economists. It is unduly influenced by net present value analysis, which is at the core of most companies’ capital budgeting processes as well as Wall Street financial modeling. Companies and often the Street assign unduly high risk premia, which results in cash flows more than five or ten years out having close to nada impact on cash flow analyses.

It isn’t just the rise of neoliberalism and the promotion of the ideology of shareholder capitalism that led to the fetishization of cash flow models (which are just storytelling that too many take too seriously because spreadsheets). It is also that the rise of the personal computer suddenly made it vastly easier to prepare financial forecasts, greatly increasing their use as a managerial tool. And I’ve seen again and again how users come to treat those models as more real than the conditions they represent. For instance, anyone who has prepared financial models has either on their own or under pressure tweaked model assumptions to achieve a preferred outcome by moving at least one of the assumptions into “not terribly realistic” territory.

And that’s before getting to other social factors like CEOs identifying less with their communities as corporations that were important to mid-sized cities were acquired by larger concerns covering much larger geographical areas.

By Christopher Michaelson, Professor of Ethics and Business Law, University of St. Thomas. Originally published at The Conversation

We live in a world threatened by numerous existential risks that no country or organization can resolve alone, such as climate change, extreme weather and the coronavirus.

But in order to adequately address them, we need agreement on which are priorities – and which aren’t.

As it happens, the policymakers and business leaders who largely determine which risks become global priorities spent a week in January mingling in the mountainous resort of Davos for an annual meeting of the world’s elite.

I participated in a global risk assessment survey that informed those at the Davos summit on what they should be paying the most attention to. The results, drawn from experts in a broad range of disciplines including business, happen to be very different from what company CEOs specifically see as the biggest threats they face.

As a philosopher, I found the differences curious. They highlight two contrasting ways of seeing the world – with significant consequences for our ability to address societal risks. 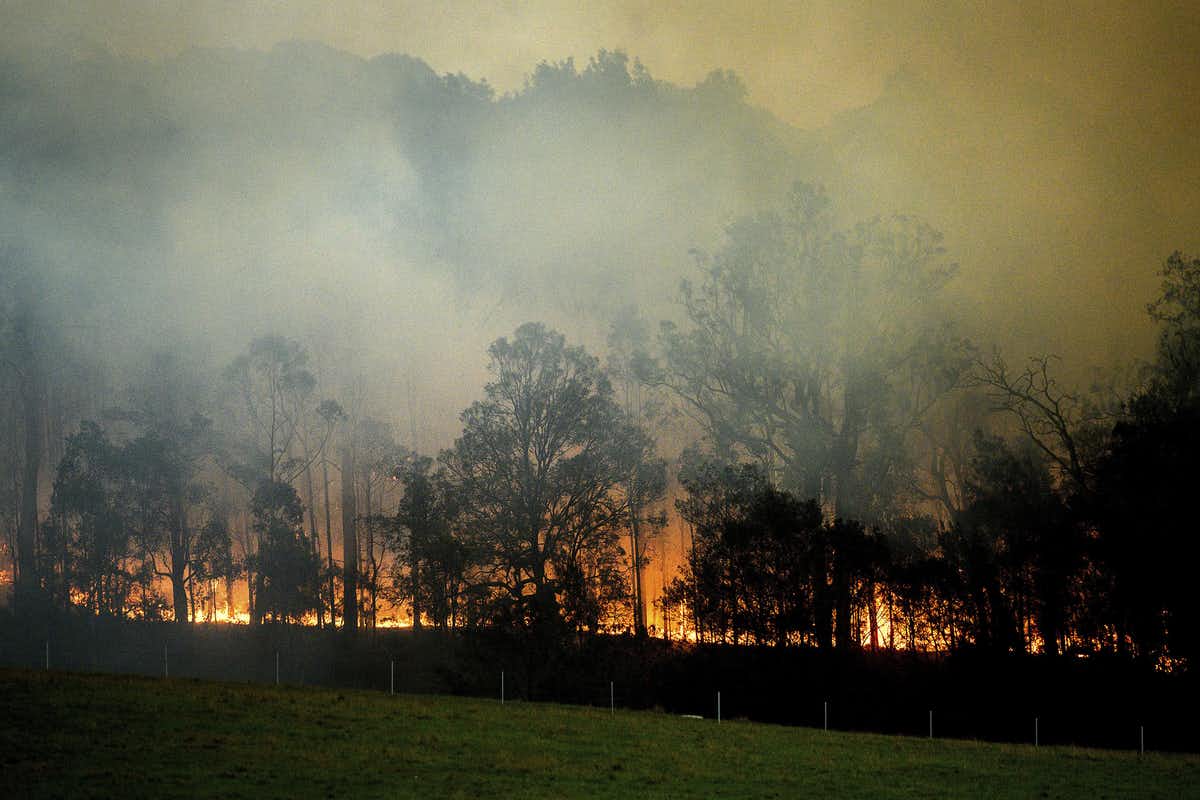 Two Perspectives on the Biggest Risks

The World Economic Forum’s Global Risk Report consolidates the perceptions of about 800 experts in business, government and civil society to rank “the world’s most pressing challenges” for the coming year by likelihood and impact.

In 2020, extreme weather, a failure to act on climate change and natural disasters topped the list of risks in terms of likelihood of occurrence. In terms of impact, the top three were climate action failure, weapons of mass destruction and a loss of biodiversity.

The specific perspective of corporate leaders, however, is captured in another survey that highlights what they perceive as the biggest risks to their own businesses’ growth prospects. Conducted by consultancy PwC since 1998, it also holds sway in Davos. I’ve been involved in that report as well when I used to work for the organization.

In sharp contrast to the World Economic Forum’s risk report, the CEO survey found that the top three risks to business this year are overregulation, trade conflicts and uncertain economic growth.

What explains such a big difference in how these groups see the greatest threats?

I wanted to look at this question more deeply, beyond one year’s assessment, so I did a simple analysis of 14 years of data generated by the two reports. My findings are only inferences from publicly available data, and it should be noted that the two surveys have different methodologies and ask different questions that may shape respondents’ answers.

A key difference I observed is that business leaders tend to think in economic terms first and ethical terms second. That is, businesses, as you’d expect, tend to focus on their short-term economic situation, while civil society and other experts in the Global Risk Report focus on longer-term social and environmental consequences.

For example, year after year, CEOs have named a comparatively stable set of narrow concerns. Overregulation is among the main three threats in all but one of the years – and is frequently at the top of the list. Availability of talent, government fiscal concerns and the economy were also frequently mentioned over the past 14 years.

In contrast, the Global Risk Report tends to reflect a greater evolution in the types of risks the world faces, with concerns about the environment and existential threats growing increasingly prominent over the past five years, while economic and geopolitical risks have faded after dominating in the late 2000s.

Risk surveys are useful tools for understanding what matters to CEOs and civil society. Philosophy is useful for considering why their priorities differ, and whose are likelier to be right.

Fundamentally, risks are about interests. Businesses want a minimum of regulations so they can make more money today. Experts representing constituencies beyond just business place a greater emphasis on the common good, now and in the future.

them. And while I’m sympathetic to CEOs’ desire to run their businesses without regulatory interference, I’m concerned that these short-term economic considerations often impede long-term ethical goals, such as looking after the well-being of the environment.

Experts agree on at least one thing: The world faces dire risks.

This year’s Global Risk Report, titled, “An Unsettled World,” depicts on its cover a vulnerable earth in the shadow of a gigantic whirlpool.

The cover photograph of the Global CEO Survey, which reported the lowest CEO confidence in economic growth since the Great Recession, shows an incoming tide beneath looming dark clouds, with the words: “Navigating the Rising Tide of Uncertainty.”

Between the covers, however, the reports demonstrate a wide gap between two influential groups that need to be on the same page if we hope to resolve the world’s biggest threats.

Last century, in the same year that World War II drew to a close, Bertrand Russell proclaimed that the purpose of philosophy was to teach us “how to live without certainty, and yet without being paralyzed by hesitation.”

In the 21st century, philosophy can remind us of our unfortunate tendency to let economic priorities paralyze action on more pressing concerns.