The Pesticide Industry’s Playbook for Poisoning the Earth The Intercept

Macron rushed from Paris theatre after protesters break in The Local

The Middle East Isn’t Worth It Anymore Martin Indyk, WSJ. Interestingly, Indyk started his career at AIPAC, in 1982.

Pompeo says killing of Suleimani is part of ‘bigger strategy’ to deter US foes Guardian (KW).

The Soleimani Strike and Self-Defence Against an Imminent Armed Attack Blog of the European Journal of International Law (DS).

The US Space Force Is Not a Joke Defense One. Oh?

Senator McConnell Should Recuse Himself From Impeachment Now The American Conservative

Biden charges Sanders camp ‘doctored video’ to attack him Politico. The lead: “Joe Biden accused Bernie Sanders’ campaign Saturday of issuing a ‘doctored video’ to attack him over Social Security, a false claim that ratcheted up the tension between the two campaigns in the run-up to the Iowa caucuses.” Certainly someone who only read the headline would miss the “false claim” part.

Did Biden laud a Paul Ryan proposal to cut Social Security as Bernie Sanders’ campaign said? Politifact. Relying on the Committee for a Responsible Federal Budget:

What you have to understand fundamentally about CRFB is that it is not an honest operator. It exists to advocate for cuts to Social Security. @MarcGoldwein himself is paid $197,000 a year to advocate cuts. His boss, @MayaMacGuineas, is paid $376,000 per year to do so.

Sanders to headline Iowa event amid impeachment trial The Hill

The Warren-Sanders Feud Is Not About #MeToo Elle. “#MeToo doesn’t urge us to uncritically accept a female presidential contender’s version of a news story; it urges us to take seriously women’s pain and fight for them to have control over their lives—and no one, least of all victims of sexual violence, is served by collapsing that moral distinction.”

The Sanders Campaign Researched Whether Warren Could Be Both Vice President and Treasury Secretary at Once Ryan Grim, The Intercept. Let me know how that’s working out… On another note, there is only one “source” for Warren’s meeting: Warren herself, if we rule out the only other person present.

“Like, I’ll Tune in When There’s Two Weeks Left”: Why Trump Has a Huge Advantage Over Dems with Low-Information Voters Vanity Fair (Re Silc). I dislike the “low information voters” trope, not least because it privileges information over wisdom and knowledge. One might also ask “low” with respect to what, and compared to whom? Perhaps what is really stigmatized is “Low Voters” as such. The failure of the New York Times editorial staff, in its interview with Sanders, to follow through on his mention of “deaths of despair” and falling life expectancy among the lowly in flyover supports this idea.

Andrew Bacevich on U.S. Foreign-Policy Mistakes The New Yorker (Re Silc). Well worth a read.

The Silicon Valley Economy Is Here. And It’s a Nightmare. The New Republic (Re Silc).

The upstart unions taking on the gig economy and outsourcing FT

How ‘spooky’ is quantum physics? The answer could be incalculable Nature 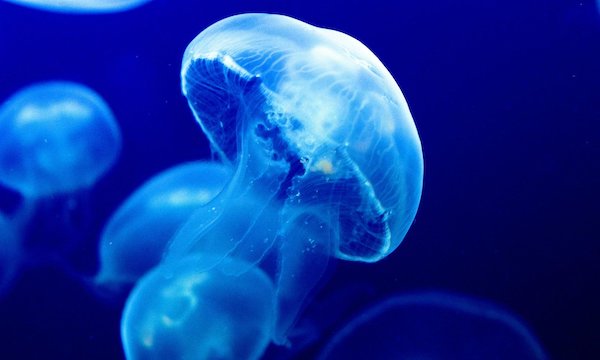 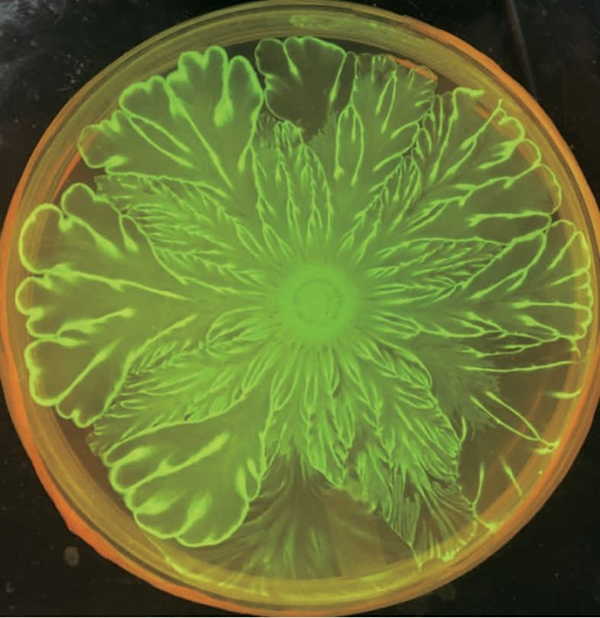 IP writes: “Pop a bacterium in a petri dish on an agar nutrient medium and it will go about its business, growing in its own special way.Escherichia coli grows pretty slowly but steadily in clumps. Acinetobacter baylyi, on the other hand, moves fast, spreading out in all directions until it covers the entire petri dish in 24 hours.But what happens when you put them in a petri dish mixed together? Well, something wonderful happens. They combine to spread outwards in a petalled pattern from a central deposit.”