Large African herbivores have helped to repair their environment Nature

BlackRock gets praise for coal divestment. What it really needs is regulation Ann Pettifor, Guardian (UserFriendly). As opposed to dismemberment?

The index providers are quietly building up enormous powers FT. “The new gatekeepers of capital.” Important.

How An Exotic Investment Product Sold In Korea Could Create Havoc In The U.S. Options Market Bloomberg

Rethinking The U.S. Role In The Middle East The American Conservative (Re Silc).

Blundering into War Patrick Cockburn, LRB. Much food for thought.

The US might finally unveil deal of the century, in the run-up to Israel’s election The National. From the UAE. Read in conjunction with the post from The Polemecist, under “Impeachment.”

China reports another death from Wuhan virus and infections in other cities as WHO warns of human transmission South China Morning Post. During the Lunar New Year, the largest human migration in the world with 400 million Chinese taking the train.

Estimating the potential total number of novel Coronavirus (2019-nCoV) cases in Wuhan City, China MRC Centre for Global Infectious Disease Analysis, Imperial College. Here also is the page on “2019-nCoV” at FluTrackers.com (which seems to be the PPRuNe of the infectious disease community).

Impeachment: What Lies Beneath? The Polemicist (CL). From December, still germane. In fact, today’s must-read.

Are the Democrats Ready for Trump’s Impeachment Trial? The New Yorker

The drama and protagonists: A guide to Trump’s impeachment trial FT

As Protests in South America Surged, So Did Russian Trolls on Twitter, U.S. Finds NYT. I can’t even.

The Democrats’ Best Choices For President: Amy Klobuchar and Elizabeth Warren Editorial Board, NYT. Maybe if the ratings are good enough, the Times will commission a second season where they actually make a choice? (I’ll put on my yellow waders for this ridiculousness in a post later today.)

I&#39;m all in for @BernieSanders for President! Bernie has the bold passion, authenticity &amp; clarity that working people across this country desperately need.

We are building the progressive movement that will bring justice &amp; opportunity &amp; transform our country. Join us! https://t.co/GnWZ6BK4R5

Bernie Sanders Says He Hopes Americans ‘Look at the Totality Of A Candidate,’ Not Their Gender, Amid Feud with Warren Newsweek. The predictable hysteria from the usual sources followed. Two words: “President Palin.” I mean, come on, man. How can this be controversial? And the reporting on this was a little… odd:

This was indeed mistranscribed in a number of crucial ways. If you’re commenting on this, do not go by the transcript. https://t.co/iJrif228t4

UPDATE: @EmmaKinery has deleted her “rushed transcript,” and posted a full one. This whole faux outrage cycle could have been avoided if she had just posted the full remarks in the first place instead of deceptively editing them. pic.twitter.com/HF6dKXIhbK

Bloomberg really butchered this; it’s exactly like putting out a hot take that’s wrong, and then issuing a correction (which nobody reads) after the wrong take propagates. That happened here. I can only hope that the cause was lack of professionalism, and not malice.

Why they hate Bernie’s supporters Carl Beijer. Proles taking liberties with the narrative. Can’t have that.

Sanders is right: Biden is vulnerable to Trump on Social Security WaPo

Remember When Obama and Biden Tried to Cut Social Security by $230 Billion? Benjamin Studebaker. I do, as does any other sentient creature who’s been following politics in any detail over the last few decades, including, one assumes, a segment of the White House press corps.

Why Do Trump Supporters Support Trump? Anand Giridharadas, NYT (Re Silc). What do the drums say, Anand?

The Truth About the Trump Economy Joseph Stiglitz, Project Syndicate

Trump Administration is “woke” to the student-loan crisis: What can it do in 2020? Condemned to Debt (UserFriendly). 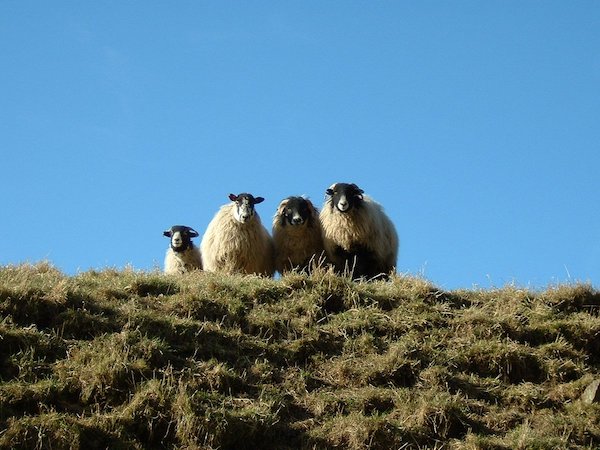 woke up to a text from my mom about how a wild elephant went into a Sri Lankan hotel and gently wandered around while poking stuff with his trunk pic.twitter.com/C2biQT8C30