Yves here. While we typically discuss the Middle East in terms of geopolitics, the US press averts its eyes from the ongoing human rights disaster in Gaza and how the US is complicit. The bare facts are only getting worse.

By Stephen McCloskey, Director of the Centre for Global Education, a development non-governmental organisation based in Belfast which provides training, resources and publications on international development issues. He is editor of Policy and Practice: A Development Education Review, a bi-annual, peer reviewed, open access journal funded by Irish Aid since 2005. He is editor of Development Education in Policy and Practice (Palgrave, 2015) and co-editor of From the Local to the Global: Key Issues in Development Studies (Pluto Press, 2015). He manages education projects in the Gaza Strip, Palestine and has written extensively about the Middle-East. Originally published at openDemocracy 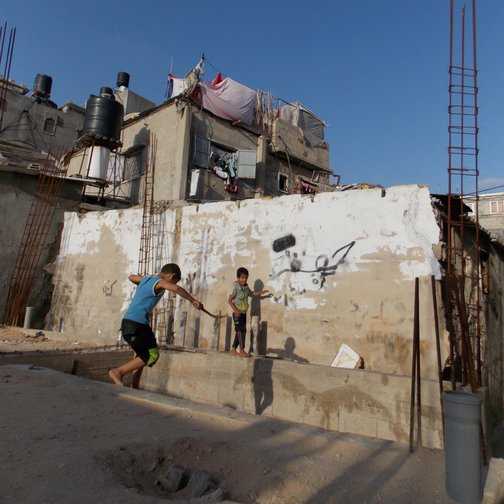 In 2012, the United Nations published an alarming report on the future of the Gaza Strip warning that by 2020, without urgently needed remedial action, the territory would no longer be a ‘liveable place’. The report added: ‘There will be virtually no reliable access to sources of safe drinking water, standards of healthcare and education will have continued to decline, and the vision of affordable and reliable electricity for all will have become a distant memory for most’.

These dire forecasts of a creaking infrastructure unable to meet the needs of two million Gazans have been sadly realised. According to Save the Children, 90% of Gaza’s drinking water is unfit for human consumption, electricity is available for just 2-4 hours per day, water-borne diseases are spiking, health and emergency services are breaking down and fresh food is unavailable because of a lack of refrigeration.

With over 108 million litres of untreated sewage discharged daily into the Mediterranean Sea, over 60% of the sea is contaminated and the ground water increasingly compromised with pollutants. Gaza has truly become an unliveable place and, yet, two million Gazans are forced to live in what is famously described as the world’s largest open air prison.

The primary cause of this ‘unliveable’ environment is a highly restrictive Israeli blockade, now in its 13th year, which has reduced Gaza to the point of ‘systemic collapse’. Ostensibly imposed on the basis of a security protocol following the election of a Hamas government in Palestinian elections in 2006, Amnesty International believes that Palestinians in Gaza are being ‘collectively punished’.

What distinguishes the humanitarian crisis in Gaza from the disasters and emergencies that normally push civilian populations to the edge of catastrophe, is that it is not the result of a hurricane, flood, tsunami, drought or famine but a human-made policy that is entirely avoidable. Although it withdrew its settlers and troops from Gaza in 2005, Israel remains the occupying power in the territory as it controls the airspace, territorial waters and all but one of the border crossings. According to Amnesty, this means Israel ‘is responsible for the welfare of the inhabitants in the strip under international humanitarian law’.

The blockade has choked off Gaza’s economy, described by the UN as ‘fundamentally unviable’, given tight restrictions on the trade of goods and services. The unemployment rate is the world’s highest at 52% but that rises to nearly 70% for young people and 75% for women. Nearly 75% of Gaza’s population are registered refugees, of whom 900,000 receive emergency food assistance from the UN and 500,000 live ‘below the abject poverty line’.

However, the effects of the blockade have been exacerbated and compounded by other factors not foreseeable in the 2012 report. In October 2014, the Egyptian-controlled Rafah Crossing to the south of Gaza was effectively closed by the new military ruler, President Abdel Fatah el-Sisi, who also severed the economic lifeline of smuggling tunnels between Gaza and Egypt.

Also in 2014, Israel launched Operation ‘Protective Edge’ in Gaza, its third military operation in the territory since 2007, which resulted in 2,251 Palestinian fatalities, of whom 1,462 were civilians and 551 children; six Israeli civilians and 63 troops were killed in the conflict. Gaza’s civilian infrastructure was also greatly diminished with 18,000 housing units damaged or destroyed, together with several hospitals, clinics and schools. This operation has contributed to severe mental health problems in Gaza with the UN reporting in 2019 that trauma was reaching ‘epidemic proportions’.

In the immediate aftermath of ‘Protective Edge’, UNICEF’s field officer, Pernilla Ironside, said 370,000 Palestinian children require ‘immediate psychosocial first aid’. She added that ‘There isn’t a single family in Gaza who hasn’t experienced personally death, injury, the loss of their home, extensive damage, displacement’. Mental health problems have added to the pressure on an already overwhelmed education system in Gaza where 90% of schools double shift, meaning that they house two separate school populations in the same building every day. The slow pace of construction work in Gaza as a result of the blockade combined with a rapidly rising pupil population means that Gaza needs at least twice its current number of school buildings.

The economic crisis in Gaza deepened in 2018 with the decision of the Trump administration to withdraw its $300m(£228m) contribution to the operating budget of the United Nations Relief and Works Agency (UNRWA); the UN agency for Palestinian refugees. US funding represented one third of UNRWA’s annual budget of $1.2 billion. This cut has already forced UNRWA to axe 250 jobs in the West Bank and Gaza and, represents an ‘existential threat’ to the future of the agency. For the majority of Palestinian refugees in Gaza, UNRWA’s humanitarian relief is all that separates them from complete destitution so any cuts to frontline humanitarian and relief services will have a severe impact on poverty levels in the territory. UNRWA’s Commissioner-General said that in 2019 it ‘faced the most serious financial shortfall in the history of the agency’.

The “Great March of Return”

On 30 March 2018, Palestinian civil society launched the Great March of Return, a protest movement demanding an end to the blockade and asserting the right of return to the land of their ancestors. By the end of October 2019, the UN estimatedPalestinian fatalities during the weekly protests along the perimeter fence with Israel at 326 with 35,962 injuries including multiple amputees. In noting her ‘grave concern’ at the use of live ammunition on civilian protestors, the International Criminal Court Prosecutor, Fatou Bensouda, announced on 20 December that ‘there is a reasonable basis to proceed with an investigation into the situation in Palestine’. 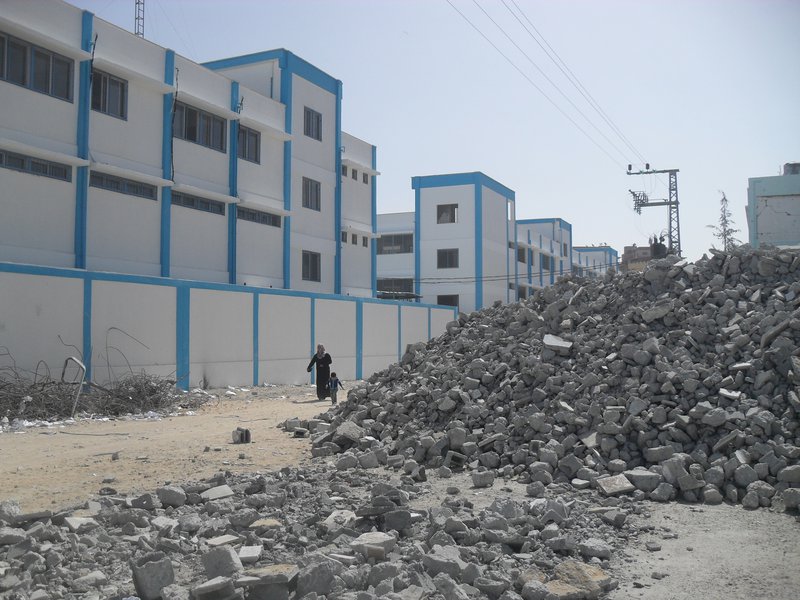 The Harvard researcher, Sara Roy, argues that Gaza has been subjected to ‘de-development’ meaning that it has been ‘dispossessed of its capacity for rational and sustainable economic growth and development, coupled with a growing inability to effect social change’. So, what we are witnessing in Gaza today, she suggests, is the ‘logical endpoint’ of this policy; ‘a Gaza that is functionally unviable’.

The Trump administration has abandoned all pretence of the US acting as an independent arbiter in the longstanding conflict between Israel and Palestine. In December 2017, Trump announced that the US recognised Jerusalem as the capital of Israel and the US embassy would be moved there from Tel Aviv. This seemingly dashed Palestinian hopes of East Jerusalem becoming the capital of their future state. Then in March 2019, Trump reversed another longstanding US position by recognising Israel’s annexation of the Golan Heights, captured from Syria in 1967.

Previously, the US regarded the Golan Heights as occupied Syrian territory, in line with United Nations Security Council resolutions. Then, in November 2019, the forty year US policy of regarding Israeli settlements in the Palestinian West Bank as illegal under international law was also reversed thereby recognising the 600,000 colonists living in more than 150 settlements as legal.

In the absence of meaningful peace negotiations and external state pressure on Israel, Palestinian civil society reluctantly launched the Boycott Divestment Sanctions (BDS) Movement in 2005. Modelled on South Africa’s anti-apartheid boycott movement, it is supported by trade unions, churches, academics and grassroots movements across the world and aims to pressure Israel to comply with international law. One of the most vocal supporters of BDS is the Nobel Peace Prize winner, Archbishop Desmond Tutu, who said: “I have supported this movement because it exerts pressure without violence on the State of Israel to create lasting peace for the citizens of Israel and Palestine, peace which most citizens crave”. This form of external pressure on Israel appears to be the only route to ensuring a life of dignity and peace for the people of Gaza.