A woman lured a group of deer into her living room to feed them snacks. Wildlife officials said she risked the animals’ lives CNN

Mysterious radio signal from space is repeating every 16 days CNN

The Sprint-T-Mobile Merger: A Jump the Shark Moment for Antitrust? Matt Stoller, BIG

Now that the World Health Organization has named it, we have revised our style: COVID-19 is acceptable on first reference for the coronavirus disease that first appeared in late 2019 in Wuhan, China. Explain later in the story.The disease is caused by a virus called 2019-nCoV.

The virus name isn’t official yet.

It’s a proposal for a name that has to be accepted by the Virus Taxonomy Commitee and then announced by WHO to become the official name.

WHO has said the current virus name today is still 2019-nCoV.

At Outbreak’s Center, Wuhan Residents Question Accuracy of Virus Tests WSJ. “Medical experts around the globe have expressed fears that the scale of the outbreak could be much larger than Chinese data suggests—in large part because of concerns about potential flaws in testing. Independent experts say many tens of thousands of Wuhan residents are likely infected by the coronavirus, while the city’s government puts the tally at less than 20,000. Only one in 19 infected people in Wuhan was being tested and confirmed, according to an estimate by Imperial College London as of Jan. 31.” Eerie photos of a Wuhan empty of pedestrians and cars. Also, I would have expected China to have universal health care. China does not. From the anecdotes of patients being asked to pay exorbitant sums, they are rationing by price; the brutality seems similar to our own. One wonders if the difficulties the CCP has had in mobilizing a response has anything to do with the profit motive (“Close to 100 companies in China say they have developed testing kits for the virus…. ‘[But] due to the urgency, these products haven’t been registered,’ Hybribio executive Li Liejun told the newspaper. As a result, some tests are less reliable than others, experts say”).

The Best Defense Against Disturbing New Diseases The Atlantic

The brothels of Daulatdia: Sex workers to get ‘honourable’ funeral Agence France Presse

Locusts and food shortages add to pressure on Imran Khan FT. Locusts not only in Africa.

Exclusive: While The Press And Public Focus On Iran, US Military Prepares For War With Russia William Arkin, Newsweek. Let’s hope the war stays cold. Lunatics.

Ukraine: Conflict at the Crossroads of Europe and Russia Council on Foreign Relations

“Traitor! You’re a traitor to the homeland!”

Juan Guaidó arrives in Caracas after his latest regime change lobbying tour and is immediately jeered and confronted by an employee of a Venezuelan airline sanctioned by his US paymasters pic.twitter.com/SxaimDzgKl

Failed coup frontman Juan Guaido gets a taste of how Venezuelan citizens feel about his circuit through foreign countries trying to drum up support for regime change immediately after landing at Caracas airport pic.twitter.com/yjayHW3O1X

Needless to say, if Maduro were really a “brutal dictator,” Guaidó would have been whacked, instead of jeered.

The Oversight Wars Are Not Going Away The Atlantic

Winners and losers from the New Hampshire primary WaPo. I will have a post on the NH results later today.

If Dems go on to nominate Sanders, the Russians will have to reconsider who to work for to best screw up the US. Sanders is just as polarizing as Trump AND he’ll ruin our economy and doesn’t care about our military. If I’m Russian, I go with Sanders this time around.

Boeing to Resume Max Production Before Flight Ban Is Lifted Bloomberg. No pressure.

The Sanders Doctrine The Atlantic. “This is the first U.S. presidential election to feature voters who were born after the Afghan War began. The ‘forever wars’ in the Middle East have disillusioned younger generations in particular, who constitute a significant part of Sanders’s base. In different ways, both Trump and Sanders have seized on this despair. Central to the case they’re making to voters is that as president, they would end these conflicts and refuse to have America serve as the world’s policeman.”

Philippines scrapping military cooperation pact with US The Hill

“How Could You Not Connect the Dots?”: Inside the Red-Pilling of State Department Official Matthew Gebert Vanity Fair. Dropping the ball in Loudoun County….

The Dismal Kingdom: Do Economists Have Too Much Power? Foreign Affairs. Throwing a flag on a clear violation of Betteridge’s Law.

Someone blew the whistle on Hookers for Jesus Boing Boing (Re Silc).

OnlyFans: a day in the life of a top(less) creator The Economist 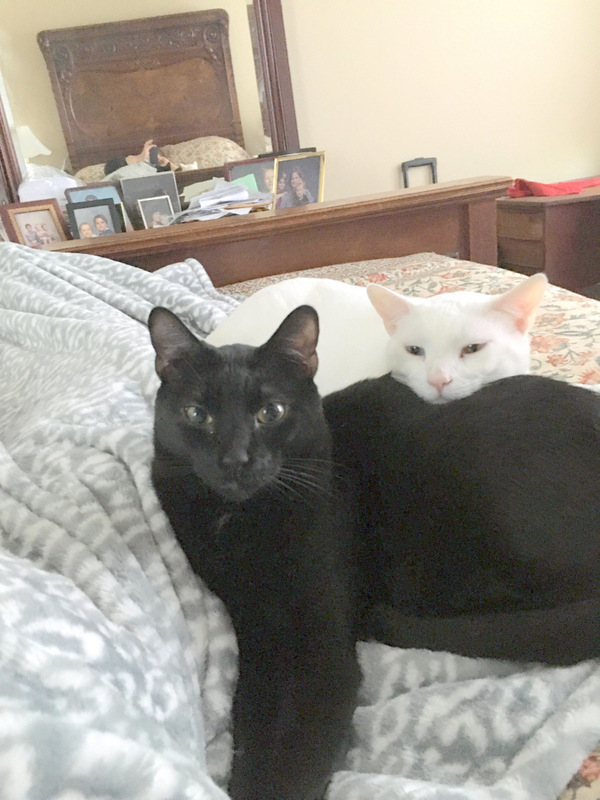 Siba the standard poodle has won the US's Westminster Dog Show! Look at that corner-of-the-eye poodle attitude she's using to check in with her owner. She's the fifth standard poodle to win best in show and the first since 1991. Audience scandalised. Siba beat a golden retriever. pic.twitter.com/YMePG5WjeB