Which pot strain works best for gambling? Vegas budtenders share their tips LA Times. News you can use!

Is everything OK over there, Britain? Have you tried turning the UK off and on again? ISPs, financial orgs fall over in Freaky Friday of outages The Register

Wuhan Coronavirus Looks Increasingly Like a Pandemic, Experts Say NYT. “The virus’s most vulnerable target is Africa, many experts said. More than 1 million expatriate Chinese work there, mostly on mining, drilling or engineering projects. Also, many Africans work and study in China and other countries where the virus has been found.”

The Pandemic of Xenophobia and Scapegoating Time

Small Weapons Are the Most Potent in Virus Fight Bloomberg

Early evaluation of the Wuhan City travel restrictions in response to the 2019 novel coronavirus outbreak MedArxiv. From the abstract: “By combining epidemiological and human mobility data we find that the travel ban slowed the dispersal of nCoV from Wuhan to other cities in China by 2.91 days (95% CI: 2.54-3.29). This delay provided time to establish and reinforce other control measures that are essential to halt the epidemic.” However, the so-called Wuhan travel ban gave those who could leave plenty of time to do so.

US demands more from Taliban on ceasefire before deal AP

Protests never really went away in #Chile, but they're heating up again. https://t.co/Aatjngrm2h

The final impeachment vote is near. Here’s a look at the big week ahead CNN

It’s crucial to emphasize that this is the first impeachment in American history where foreign policy has played a central role. As such, we now have codified by way of these impeachment articles a host of impossibly dangerous precedents, namely: 1) The U.S. is in a state of war with Russia, a nuclear armed power; 2) the sitting president committed treason on behalf of this country with which the U.S. is in a state of war; 3) the president lacks a democratic mandate to conduct foreign policy over the objections of unelected national security state bureaucrats.

Is the reality of what was done here going to set in any time soon?

Schiff: ‘Nothing’ Democrats could have ‘done differently’ in impeachment probe The Hill

Why Democrats share the blame for the rise of Donald Trump Robert Reich (!), Guardian

The Primary Mechanism Of Your Oppression Is Not Hidden At All Caitlin Johnstone, Medium

Marcescence: Why Some Trees Keep Their Leaves in Winter Weather Underground

Why Is Everybody So Damn Angry? Who.What.Why (Re Silc). 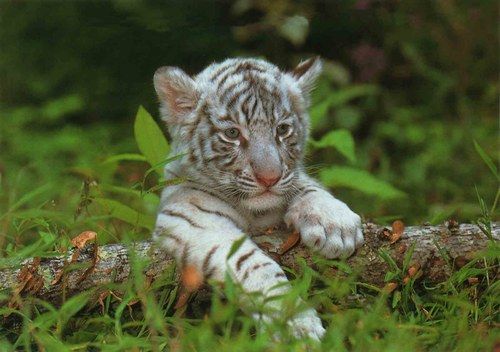 A cat walks near a Soviet-era Buran space shuttle at the Baikonur Cosmodrome, Kazakhstan, 2016. Photo by Kirill Kudryavtsev. https://t.co/CQP9Yk8FTe pic.twitter.com/KsbLRTg116

Leveling up my cat game!