Some Thoughts On the Business Roundtable’s Statement of Corporate Purpose RealClearMarkets. UserFriendly: “Sigh”.

Radical measures rolled out as Chinese cities battle virus Asia Times (Kevin W). As I keep saying, the body language of the Chinese authorities seems to say that the facts on the ground look worse than the reported data. But we won’t know for sure for quite a while. If you want to get nervous, there’s this sighting: Tencent may have accidentally leaked real data on Wuhan virus deaths Taiwan News. Input error, big time, or bona fide?

China Deaths Climb to 563; More Cruise Cases Found: Virus Update Bloomberg. Plus: How to Avoid Coronavirus on Flights: Forget Masks, Says Top Airline Doctor: “Masks and gloves do a better job of spreading bugs than stopping them.” I prefer alcohol wipes to hand sanitizers because the physical action of the wipe versus the skin ought to remove more contaminants than just coating your skin with hand sanitizer; physical removal of what is on the surface of your skin is why washing your hands (reasonably well) beats hand sanitizers, and so an alcohol wipe ought to be a between case (plus it is how MDs clean your skin for injections and small incisions, so it should be pretty effective). But I can’t find anything on a fast search to confirm my hypothesis.

Interim List of Household Products and Active Ingredients for Disinfection of Novel Coronavirus (2019-nCoV) National Environment Agency. Singapore, but many of the brands are global, and ingredients are listed.

Only a handful of children have been diagnosed with the coronavirus — and experts have a few guesses as to why Business Insider (Kevin W).

How the Brexit deal can be done FT

Thailand scraps China-led project to blast open Mekong River Reuters. “And also China had no funding for it.”

Trump’s Team Celebrates Acquittal at (Where Else?) His Washington Hotel NYT. Everything is fine. Pelosi set the precedent that Trump’s emoluments are not impeachable, going forward.

Russia Alarmed by US Deployment of Low-Yield Nuclear Missiles VoA

Nancy Pelosi was caught on camera PRACTICING ‘the rip heard round the world’ even though her office denied allegation that she planned to tear up Trump’s State of the Union all along Daily Mail. Advance work points count toward strategic genius.

Report: At least 138 sent from US to El Salvador were killed Associated Press (furzy).

Near Tie Between Pete Buttigieg and Bernie Sanders in Iowa New York Times and Iowa Caucuses: Live Democratic results and alignment tallies Des Moines Register. This is the popular vote page. It only takes three clicks from the main page to get here, so they’re following the practice of the New York Times. It appears that the urban precincts, which presumably have more voters on average, were the last to be resolved. And how/when do the satellite caucuses get added in? But Sanders is now officially ahead in popular vote and may win the delegate count, in addition to the popular vote, once satellites are counted.

#IowaCaucuses2020
BREAKING: Iowa Dems need a minimum of one more day for the last 3% of fuckery. https://t.co/NDCzKg2F14

“I don’t think they’re evil, but in their thirst to take over the world using a bunch of short-term donor money, they leveraged their political connections to get contracts that they didn’t have the expertise to fulfill,” one Democratic strategist told me.

Leaving open the question, then, of what Democratic strategists do consider evil….

“Far and away the most disorganized place I’ve ever been a part of”: Inside Acronym’s disastrous foray into the Iowa caucuses The Outline

A note to supporters of ACRONYM Tara McGowan (CEO), Medium. “Supporters,” yet. Tenacious T: “I just called this press conference to let everyone know that I am indeed the happiest and most fulfilled human who ever lived. Thank you.”

So let me get this straight, The DNC hires Hillary staffers to make an app, Buttigieg is one of the main contributors, it fucks up the Iowa caucus, and just days before the DNC is looking for the word rigged on Twitter to quote 'stop disinformation'?

Are you fucking kidding me? pic.twitter.com/cd7R4IaQDp

Networked Up The Baffler. Digital nomadism. 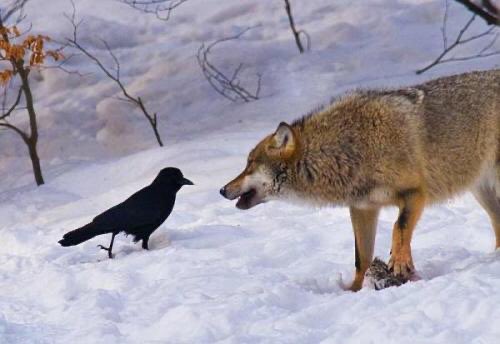 If at first you don’t succeed pic.twitter.com/EaU8IWF8pt