Yves here. I think Tom is being unduly polite. Can the Democratic Party be diverted from its current controlled flight into terrain? 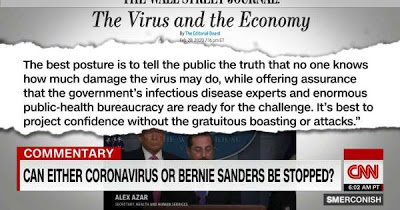 I’ve written before about the wide and deep rift that splits all three layers of the Democratic “party”*. Today, that split within these layers — office-holders and leaders; activists and campaign workers; voters and angry non-voters — is widening.

A Legacy of Betrayal

The split is greatest in the third layer, among the voters, as the sense of betrayal is greatest there as well. For many who were inspired by Obama’s promise of hope and change, 2008 is seen as a betrayal in retrospect, as they watched his Yes-We-Can promises (for example, to scrap the salary cap to increase Social Security funding) turn into No-I-Won’t policies (the constant Grand Bargain offers to cut Social Security benefits).

For frustrated “hope-and-change” voters — and the legion of “don’t-care” and “they’re-all-crooks” non-voters — 2016 witnessed the obvious sabotage of a change-supporting candidate, Bernie Sanders, to unfairly advance the decidedly Obamist Hillary Clinton. This turned what should have been a landslide election — against a jive-talking, pussy-grabbing, orange-haired reality show host no less — into a squeaker they lost in the Electoral College.

Now 2020 is upon us, and the sense of betrayal is even greater, starting with the very first contest, the Iowa caucus; continuing through DNC chair Tom Perez’s manipulation of debate rules to exclude un-centrist-preferred candidates; through the Establishment’s obvious swing to Mike Bloomberg as the Sanders savior du jour; ending with James Clyburn’s and Barack Obama’s clearing of the entire rest of the field field for Joe Biden, the only Establishment candidate left with any credibility in black and brown communities.

The move by Clyburn and Obama can arguably be seen as “just politics” and nothing out of the ordinary — politicians endorse their friends and colleagues all the time — but it confirmed the Establishment’s anti-Sanders bias so completely in the minds of his supporters that for them, the primary may just as well have been bought and sold on the street, their anger is that implacable.

The split is also great at the two upper layers of Democratic politics. Many activists are divided into mainstream-supporting and progressive-supporting camps, collegial with each other, but suspicious and hostile as well — along with an added interesting subsplit between Warren-loving (or accepting) progressives and those who feel Warren simply should not be trusted. (There are activists who support both Warren and Sanders, of course, but the intensity of what anger exists reminds one of the Hillary-Bernie battles of 2016 and may have been born there.)

Finally, though the split at the top layer — among office-holders and Party leaders, is just taking hold, it is nonetheless real. One only has to witness the disdain shown by Alexandria Occasio-Cortez and her “squad” for the squad-hating Nancy Pelosi, and Pelosi’s concommitant response, to see a divide that won’t be healed soon without supports of one side or the other feeling betrayed.

Will a “Unity Candidate” Unify or Divide?

In this environment, many insiders and those in their circle are looking for a unity candidate, or at least a unifying deal between the progressive wing of the Party and the Clinton-Obama corporatist wing, simply to find a way to get through the 2020 without re-electing Donald Trump.

Could such a deal, even if blessed by Sanders himself, save the Party from Trump? Voters would have to be on board with that — and the mass of non-voters as well, whose ranks could swell. It’s possible such a deal would succeed, but not very likely in the absence of an unexpected, table-turning event.

If they nominate Joe Biden and he doesn’t improve his lackluster, unfocused post-corona virus performances, he’s done. Trump will be the next president. And if he further declines in acuity before our eyes, he’s even more done than that — his viability won’t last through October and the slaughter in November will be Mondale-esque.

If they nominate Bernie Sanders — well, I’m hearing that they just won’t do that. They’d rather die in the saddle or live out their days strong in the Party but powerless electorally, than surrender the Party to Sanders and the unwashed who want to see them all gone from office for good.

If they nominate a replacement candidate, a Cuomo, say, or a (ready?) Michelle Obama, despite her determination never to take such a job — if they nominate, in other words, the most well-regarded corporate Democrat they can find — how would the Party fare in November? The election would then resolve to a single issue, a battle between NeverTrumpers on one hand and his amped up legions of F-U voters on the other, with voters on neither side just watching the fight.

Remember, this is yet another Change election, and the change candidate won twice before. Will the nation want to change out Donald Trump for an otherwise-no-change corporatist, or stay with the faux-change carnival barker even in the midst of a massively bungled corona virus response? Or just not care?

Given Democrats’ recent propensity for bungling easy elections when they offer no-change non-charismatic candidates, I just don’t see Trump losing that battle. He may not win by a lot, but I don’t see him losing it.

Of course, this is not just a Change election, it’s a Black Swan election as well. One dark bird has already landed — two if you count this — and several more could alight at any time. But still, it seems Dem leaders are determined to burn the building if they don’t get their way, and as things stand today, they will succeed.

If an Intra-Party Knock-Down Fight Is Unavoidable, Are Progressives Prepared to Win It?

All of which leads to the real question. The fight that “unity” leaders are determined to avoid, seems unavoidable. The rift seems unhealable and attempts to close it further widen it. If the Party is determined not to elect Sanders, much of the base is determined not to support the alternatives, and the Party presses hard for surrender — what then?

What if the “rift fight,” the battle royale between corporatist Party leaders and progressives at all three layers is unavoidable? What if it can’t be deferred until 2024 and must be addressed in this cycle? It’s coming sometime — what if it comes now, in 2020

If all this is true and that fight is can’t be avioded, are progressive prepared to win it?

As of this writing, I don’t see evidence they are.

*I put “party” in quotes because, as some of us are aware, actual Democratic Party membership is tiny relative to the number of its almost powerless supporters and voters. Compare the meaning of party membership here vs. in the UK, for example. In the UK, the voters are members and elect their leaders. Not so here. That lack of control by voters who consider themselves “members” — but aren’t — is a large part of the problem.