NASA fixes Mars lander by telling it to hit itself with a shovel NY Post. There’s a lesson here for all of us….

Planets set to put on a show for the earliest Spring equinox in 124 years on Friday – with Mars, Jupiter, Saturn and a crescent moon appearing very close together in the night sky Daily Mail

A made-in-Canada solution to the coronavirus outbreak? MacLeans. Quercetin.

America Has a New Coronavirus Testing Problem: We’re Out of Chemicals Vice

Trump Told Governors to Buy Own Virus Supplies, Then Outbid Them Bloomberg

Will COVID-19 die down in summer? New tests could help answer that. LiveScience

We Need Time to Absorb All This Peggy Noonan. Do read for the screening process; the incentives are quite clear.

‘It is unclear why quality control did not detect this issue’: Early CDC tests couldn’t distinguish between coronavirus and water Business Insider. The contractor who supplied the faulty reagent to the CDC remains unnamed.

The United States might have a secret weapon against coronavirus WaPo. “The United States, however, already practices a form of social distancing in its daily life through suburban living.”

Graph theory suggests COVID-19 might be a ‘small world’ after all ZDNet (original).

‘If I get it, I die’: homeless residents say inhumane shelter conditions will spread coronavirus Guardian

Experts Say the Internet Will Mostly Stay Online During Coronavirus Pandemic Vice. “Home users may see problems due to neglected U.S. infrastructure, but the internet overall should be able to weather the storm, experts suggest.”

Who wins in the Senate GOP’s big bailout Politico

Senator Dumped Up to $1.7 Million of Stock After Reassuring Public About Coronavirus Preparedness ProPublica. Three other senators also sold major holdings around the time Mr. Burr did, according to the disclosure records: Dianne Feinstein, Democrat of California, who is also a member of the Intelligence Committee; James M. Inhofe, Republican of Oklahoma; and Kelly Loeffler, Republican of Georgia.” So it’s bipartisan. I’m shocked, and I’m not the only one:

Senate Democrats propose bailout for student loan borrowers WaPo. “The liberal coalition, which includes the American Federation of Teachers, Demos and Americans for Financial Reform, estimates as many as 1 in 3 student loan borrowers will have their debts canceled under the proposal.” They’ll pry means-testing from Liberal Democrats’ cold dead hands….

What Are The Best Materials for Making DIY Masks? Smart Air. Handy chart: 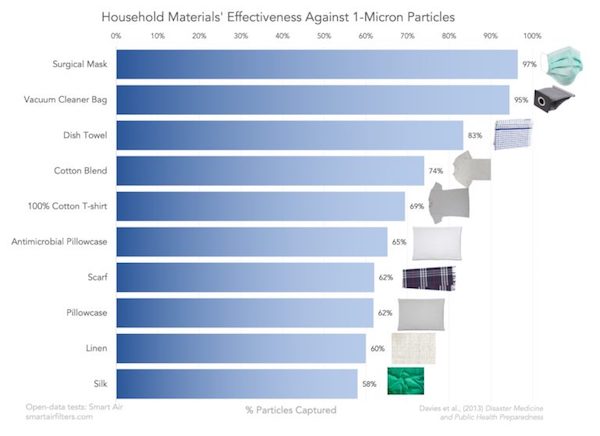 COVID-19 Scams Are Everywhere Right Now. Here’s How to Protect Yourself Time

Here’s A Running List Of The Latest Hoaxes Spreading About The Coronavirus Buzzfeed. Not sure Bellingcat belongs there, as a fact-checker….

Coronavirus and the Collapse of the Liberal Order: Europe’s Fate Called Into Question Valdai Discussion Club

‘Is that it?’: Chinese report into death of doctor who raised coronavirus alarm underwhelms Reuters

“I don’t know what you’re thinking.” The head of a visiting Chinese Red Cross delegation helping Italy respond to the coronavirus crisis says the country is not doing enough to contain the virus pic.twitter.com/qF20zeHpde

“We are being treated as cannon fodder” OpenDemocracy. The UK.

Six years and $20 billion in Russian investment later, Crimeans are happy with Russian annexation WaPo. Maybe the Atlantic Council will need to find a new grift.

What exactly is the Defense Production Act? Military Times

Before Virus Outbreak, a Cascade of Warnings Went Unheeded NYT

While Mainstream Democrats Fumble, Bernie Sanders Is Modeling a Serious Response to Coronavirus In These Times

‘We should blow up the bridges’ — coronavirus leads to class warfare in Hamptons NY Post (DL). Must-read.

Coronavirus list of ‘key workers’ whose kids should stay in school finally published Mirror (KW). No hedgies on the list, oddly.

Opinion: For the Rich, Covid-19 Protections. For Health Workers, a Shrug. Undark

Evolution selects for ‘loners’ that hang back from collective behavior—at least in slime molds Phys.org 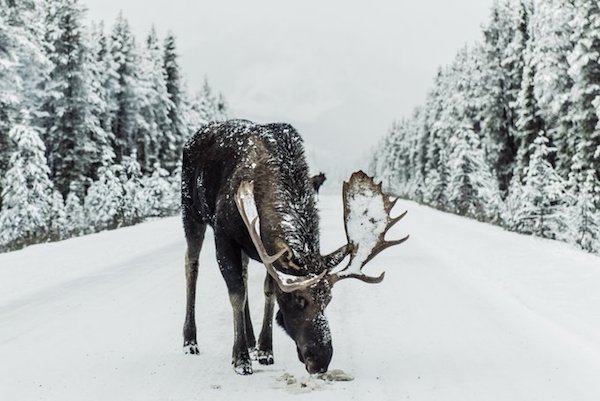 Just found this of when we bought our goose George a girlfriend called Florence & it was love at first sight ?? pic.twitter.com/INtwKPhT72