Copper’s Virus-Killing Powers Were Known Even to the Ancients Smithsonian. “[Microbiology researcher Bill] Keevil’s team checked the old railings at New York City’s Grand Central Terminal a few years ago. “The copper is still working just like it did the day it was put in over 100 years ago,” he says. “This stuff is durable and the anti-microbial effect doesn’t go away.” Maybe copper cellphone cases that double as Faraday cages?

3 Vans, 6 Coolers, a Plane, a Storm and 2 Labs: A Nasal Swab’s Journey NYT. Very good, in an industrial romance sort of way. But: “Twelve times a day, Quest sends batches of results to Maximus, a federal contractor.” Surely the reporter might have mentioned Maximus’s horrible track record, if only in passing?

U.S. to Boost Payment for Abbott’s Covid-19 Test to Increase Use Bloomberg

Data over the past 2,500 years show that pan-demics are extremely fat-tailed in terms of fatalities, with a marked potentially existential risk for humanity…. The potential tail risk overrides conclusions on decisions derived from compartmental epidemiological models and similar approaches…. We examine the distribution of fatalities from major pandemics in history (spanning about 2,500 years), and build a statistical picture of their tail properties. Using tools from Extreme Value Theory (EVT), we show for that the distribution of the victims of infectious diseases is extremely fat-tailed, more than what one could be led to believe from the outset… While it is known that fat tails represent a common–yet often ignored in modeling–regularity in many ﬁelds of science and knowledge, for the best of our knowledge, only war casualties and operational risk losses show a behavior as erratic and wild as the one we observe for pandemic fatalities.

Projecting the transmission dynamics of SARS-CoV-2 through the postpandemic period Science. From the abstract: ” Absent other interventions, a key metric for the success of social distancing is whether critical care capacities are exceeded. To avoid this, prolonged or intermittent social distancing may be necessary into 2022.”

Health care workers are 10%-20% of US coronavirus cases AP

Stimulus Oversight Panel Has One Person Trying to Watch $2.2 Trillion Alone Bloomberg. Kinda like the Obama administration not giving Eric Schneiderman a phone or a desk during the foreclosure crisis.

Exclusive: Democrats have a new plan to keep millions of laid-off workers insured Vox. Of course, it’s not universal. It only covers premiums (accordint to VOX) and not co-pays and deductibles. “‘This proposal should be favored by providers, since it will increase their likelihood of receiving higher commercial rates from these workers,’ said [Katherine Hempstead, a senior policy adviser at the Robert Wood Johnson Foundation]. ‘Also, this is advantageous for insurers that are in the employer market but not the marketplace.'”

Now joining the fight against coronavirus: The world’s armed rebels, drug cartels and gangs WaPo. Maybe that’s what we need in this country? Not to imply that heatlh insurers aren’t cartels and gangs.

California, Oregon & Washington Announce Western States Pact Office of Governor Gavin Newsome (MT). “[A]n agreement on a shared vision for reopening their economies and controlling COVID-19 into the future.” An interstate compact of that scale could implement #MedicareForAll — if they became currency issuers.

Is the Coronavirus ‘Peak’ a Mirage? FAIR

Shipwrecked Adam Schatz, LRB. “In an interview on the television show Soul! in 1971, [the late BIll] Withers was asked why he’d said his former job installing toilets on commercial aircraft was a ‘more revolutionary act’ than singing. ‘A guy that picks up garbage,’ he replied, ‘is needed more than a guy that plays baseball. He doesn’t receive as much notoriety, but I would rather see my garbage gone than see some cat hit a ball 500 feet. And I would much rather not sing for a month than not go to the bathroom for a month.'”

Trump set to preside over record spending, deficits as coronavirus costs explode FOX. I wonder if austerity will be the topic of Biden’s 2021 inaugural speech; as it was for Obama’s in 2009.

AP Interview: Sanders says opposing Biden is ‘irresponsible’ AP. Sanders: “I believe that it’s irresponsible for anybody to say, ‘Well, I disagree with Joe Biden — I disagree with Joe Biden! — and therefore I’m not going to be involved.'” I don’t see how the oft-deployed liberal Democrat tactic of voter-shaming will work with a small donor-driven movement comprised in large part by policy motivated members of the working class and precarious PMCs who came to the Sanders campaign in the first place out of a sense of responsibility to others (“solidarity”) and the country. I’m picturing Sanders’ first conversation with Obama’s emissary ending much like this: “Thank you for the dinner and a very pleasant evening. Have your car take me to the airport. Mr Obama is a man who insists on hearing bad news at once.”

Bernie Sanders Foreign Policy Advisors Invited To Biden Camp The National Interest. Of all the task forces, assimilation will be easiest here. Sadly.

The Media Had a Formula for Reporting Sexual Misconduct. Then Joe Biden Was Accused. Jacobin

The Trailer: Biden didn’t listen to the left. He won anyway. WaPo

Can Tech Track the Virus Without Shredding Privacy? Bloomberg

797. The Plane That Never Was. Ask The Pilot. Gone where the woodbine twineth.

Remember all the 1%-ers who escaped to the Hamptons and bought up all the freezers? Nancy Pelosi already has one:

We all have found our ways to keep our spirits up during these trying times. Mine just happens to fill up my freezer. #LateLateShow pic.twitter.com/dqA32d5lU1

Why Are Rich Americans Getting $1.7 Million Stimulus Checks? Forbes

Rural hospitals shut out of stimulus loans face financial crisis Politico. “This hole in the stimulus was apparently unintentional, multiple Republican and Democratic congressional aides said.” Too bad Congress is on vacation. If they were grocery workers, they’d still be on the job.

Coronavirus Threatens the Future of a Small Town in New Hampshire NYT. These small towns should be “optimistic, diverse, dynamic, moving forward.” There’s your problem.

Rich And Healthy Vs. Poor And Dead In NYC The American Conservative. “Tom Hanks will thank the food delivery guys for their service on SNL but we still won’t pay them a living wage.” Well worth a read.

Our Government Runs on a 60-Year-Old Coding Language, and Now It’s Falling Apart OneZero. So we have robust and reliable code that’s not being maintained?

Some Companies Are Too Connected to Fail Peter Orszag, Bloomberg (Re Silc: “We have a close friend who works for one of the biggest law/lobby firms in DC. She said they have never been busier in her 30+ years since the stimulus started. Lots of new clients ready to feed”). 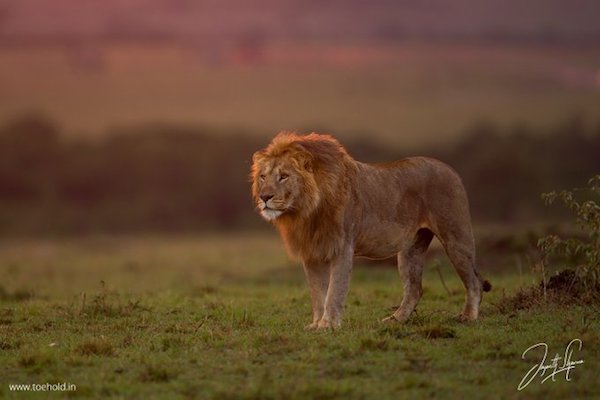