Arizona Humane Society Removes 2 Pounds Of Matted Fur From Fluffer The Cat, She Gets Adopted 2 Days Later Bored Panda. This feline was a distant cousin of those sheep that go feral and grow so much wool that they look like mini-busses.

Trees are Getting Shorter and Younger Gizmodo (Kevin W)

Eye-Catching Advances in Some AI Fields Are Not Real Science. Tell me it ain’t so!

New Zealand has no new coronavirus cases and just discharged its last hospital patient. Here are the secrets to the country’s success. Business Insider

Unlike NASA, sheriff asks people to come to Brevard to see historic space launch Florida Today. Dan K: “Better federal subsidies would have reduced some of the economic pressure communities and businesses feel from the health restrictions.”

Germany’s Merkel rejects Trump invite to attend G7 summit in Washington: Politico Reuters (resilc). Not good at all, but entirely logical given Trump’s rudeness and china-breaking. Coordination to deal with Covid-19 economic damage is na ga happen. After the financial crisis, some responses were cooperative, and the G-7 and G-20 were significant venues for that.

I found this interesting – Amazon are building data centres as fast as they can in Ireland (I know this through one of their contractors), on the basis – presumably – that they see a huge increase in data demand due to home working. But they are also increasing their staffing by 750 in Dublin (Amazon don’t use Ireland as a tax shelter or warehousing base, Luxembourg and the Netherlands are I believe their favoured locations).

The office is probably one of the most expensive, high value locations in Dublin, so it certainly isn’t back office work. And it’s not in a location they can use for leveraging tax breaks or other scams.

Trump to end special treatment for Hong Kong The Hill

(1) Some interesting work on #China's debt and its labor market.

They also find that, using a Taylor rule based on core CPI and job growth, lending rates should be 60 bps lower. pic.twitter.com/vVcWZEPP4A

Asia's rich are brushing aside risks to snatch up Chinese real estate debt.

IN LIBYA, TURKEY HASN’T WON YET; RUSSIA HASN’T LOST YET; THE US AND ITS PROTECTORATE OF GREECE, CYPRUS AND ISRAEL ARE LOSING EVERYTHING Dances with Bears (Chuck L)

From Where I Sit, The Trump Era Began In 2014 FiveThirtyEight (resilc)

Bernie Sanders was a moderate compared to what's coming.

“Atticus v. The Architect” shld be required viewing for every member of Congress & member of the Resistance. It shld be taught in schools. It’s about electronic election theft & the political prosecution of ⁦@DonSiegelman, by Karl Rove’s minions. ⁩1/ https://t.co/rOITAOfgII

The rest is a thorough history of Siegelman’s political persecution, which is not new but pretty awful especially when collected like this. The current Trumpian context is not mentioned in this 2017 film, but the tactic of using prosecutorial power for political ends is certainly relevant to current events. Rogue’s gallery of fixers features Jack Abramoff, Karl Rove, and Eric Holder. Much of the outrage is voiced by Republicans.

In light of this material, Holder’s May 5 endorsement and defense (regarding Reede) of Biden has some darker implications. It’s also notable that the Trump crew has kept some distance the GOP wing of this far-flung and diverse political power cartel.

But the mechanics of the election manipulation can be understood outside to the larger context, just from the first 15:20 section.

Donald Trump puts Army on four hour notice to deploy to US streets for first time since LA riots in 1992 as Minneapolis erupts for fourth night and George Floyd violence sweeps the country Daily Mail. Daily Mail has excellent coverage: story on Chavin’s divorce-seeking wife (I don’t mean to sound prejudiced, but former beauty queens usually marry up) and the dodgy autopsy findings which have led the family to get their own pathology report.

That driver is protected by a union ✊ https://t.co/GdHeUla1qA

The chief of police in Atl is talking to everyone in the crowd at the protest She says she wants to see a change too and is disgusted by everything that happened. She sent away a white officer we told her was being an asshole. She’s listening to every person that wants to talk pic.twitter.com/vz473t1kHC

In case you missed Lambert’s coverage in Water Cooler yesterday. See debate in replies to the tweet:

Here’s video of an undercover cop in Minneapolis smashing windows while a member of the community tries to stop him https://t.co/OJKldIlcHD

Before you think that is paranoid:

Look what I found outside #dcprotest. An obvious cop dressed like a protester getting out of an unmarked car and telling me he’s a CNN reporter. Beware of the lying provocateurs out here! pic.twitter.com/f90wYSjbGS

SCOTT GALLOWAY: Top US colleges’ insistence on keeping tuition costs high and offering fall classes in-person shows that they care only about money, not the public good Business Insider (David L). Wellie, now we have that clear.

Antidote du jour. Krystyn Podgajski: “This is Moe, my friend’s cat, who I have know for all his 19 years of life. When a dogs walk by his house he greets them like a compassionate old sage.” 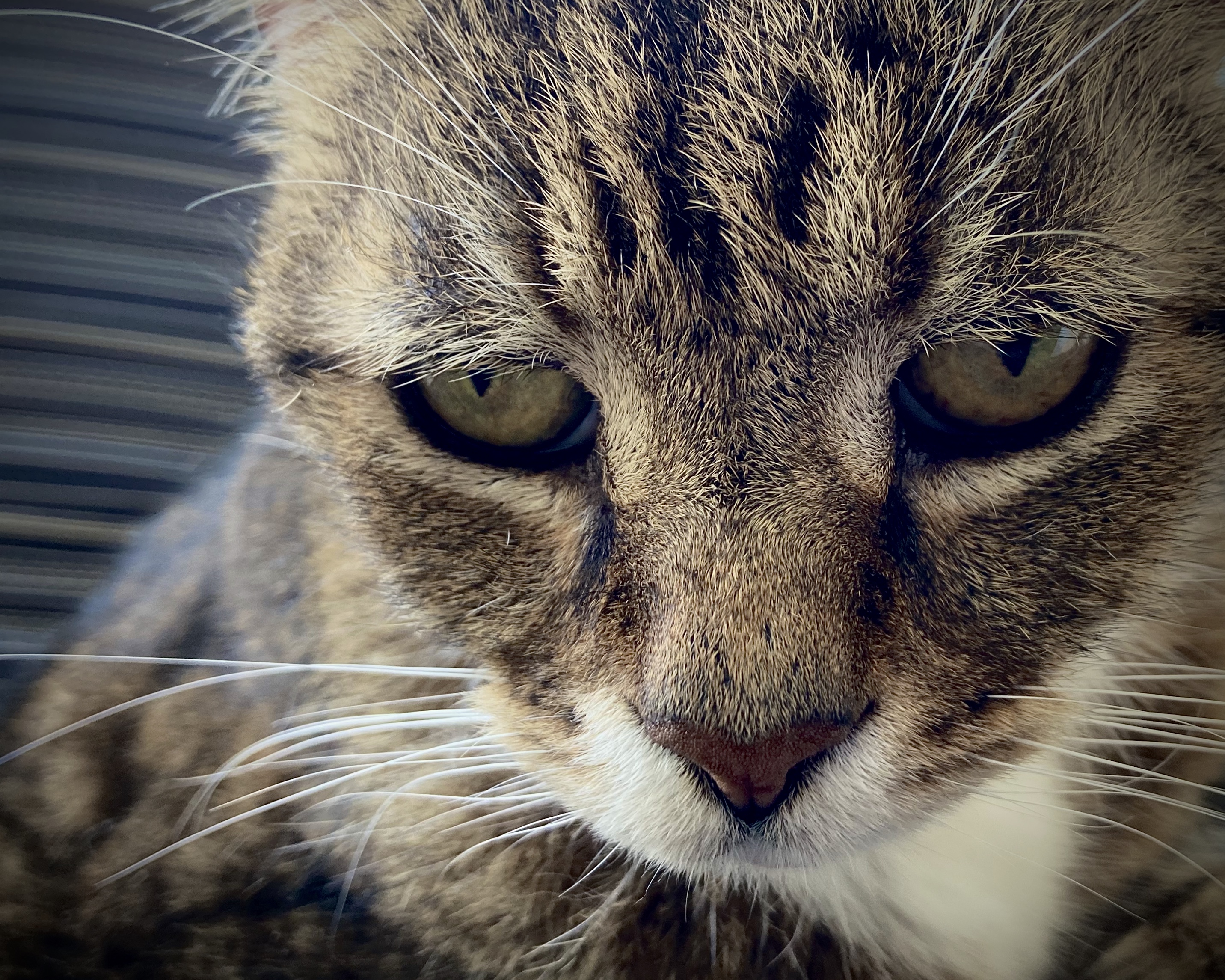 And a bonus from guurst. Before you question this crow’s motives, the hedgehog is way too big to be prey. The crow is either being helpful or being a covid jerk (they are pranksters) but he’s not trying to snag a meal.

This bird helping the others ❤