Jerri-Lynn here. Some small cause for optimism: stork chicks hatch in the United Kingdom for the first time in centuries. I post this story to give readers a small break from contemplating the worldwide COVID-19 pandemic. I need one; I think some of you might too.

In a spring marked by bad news, events unfolding in the crown of an old oak tree could offer a dose of optimism. Three pairs of white storks settled down to breed on the Knepp Estate in West Sussex, southern England, in March 2020. On May 15, it was announced that the first chicks had hatched – the first to be born in Britain since a pair nested on the roof of St Giles Cathedral in Edinburgh in 1416.

This was no chance event – we owe this precious conservation breakthrough to the efforts of all those involved in the White Stork Project, who have released over 100 storks at three sites in southeast England.

Wildlife, such as the storks and the white-tailed eagles reintroduced to the Isle of Wight in 2019, has provided a lockdown distraction. Both species have treated garden birdwatchers to spectacular sights as they’ve toured southern England, and in the case of the eagles even further afield.

Stork bones have been found in the limestone caves of the Peak District dating from the late glacial period, between 43,000 and 10,000 years ago, and in human settlements from the Isle of Scilly to the Shetlands in the Bronze Age, as far back as 2,500 years ago. But their sparse remains suggest that they were probably always rare in the UK.

Despite this, the history of Britons living alongside storks is preserved in place names like Storrington, close to the Knepp estate, which in Saxon times was called “Estorchestone” – village of the storks. But storks, along with other large wetland birds like cranes and spoonbills, were erased from Britain after centuries of hunting and the draining of their wetland habitats.

Storks have held a significant role in different cultures throughout recorded history. Ancient Egyptians associated storks with the soul, while Greek mythology cast them as baby-stealers. European Christians have imagined storks as everything from carers to adulterers. Their penchant for eating snakes was seen as a particularly holy trait, in protecting people from serpentine evils.

In more recent history, storks provided a eureka moment for scientists studying bird migration. A few 19th century storks returning to Germany from their African winter grounds arrived with hunters’ arrows stuck in their bodies. These “arrow storks”, or Pfeilstörche, as the Germans named them, offered ornithologists proof of their intercontinental wanderings. 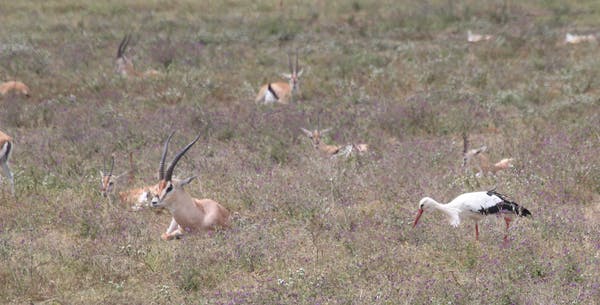 Standing Under the Stork Umbrella

White storks now commonly nest at the top of tall trees across Europe. Their numbers have been boosted by multiple reintroduction schemes in the Netherlands, Belgium, Switzerland and Sweden. Storks are touted as potent symbols of ecosystem health, and with European governments spending millions on restoring wetlands, they’re joining cranes and spoonbills as another long lost wetland bird which has recolonised old haunts in recent decades without any direct help from humans.

But the success of these wetland species stands in stark contrast to the declines of many other birds in other habitats. It’s easier to care for species that live in discrete patches of habitat like wetlands, than it is to save the wildlife of the wider countryside. Nevertheless, like the beaver, white-tailed eagle and pine marten, white storks are thought to make excellent “umbrella species” – species whose habitat needs match up with lots of other wildlife, so protecting storks can help countless other species. 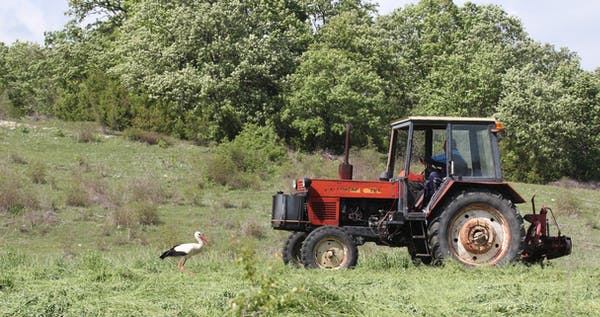 White storks are a familiar sight in lightly farmed rural landscapes in some parts of Europe. Alexander Lees, Author provided

But storks are adaptable creatures too. News that Spanish storks have given up migrating to “binge on junk food in landfill sites” suggests that they may not always be the best indicators of ecosystem health.

The white is not western Europe’s only stork either. The more furtive black stork has been expanding westwards in recent decades. This is a success that’s also partially the result of a reintroduction programme. The return of beavers to the forested waterways of western Europe has been a boon for black storks. Beavers are ecosystem engineers, meaning they create large wet woodland habitats full of the amphibians that storks like to eat.

Migrant black storks have even visited the Knepp Estate, where the new white chicks hatched. This wild estate is expecting to receive beavers soon, meaning black storks might naturally join their white cousins as breeders one day. 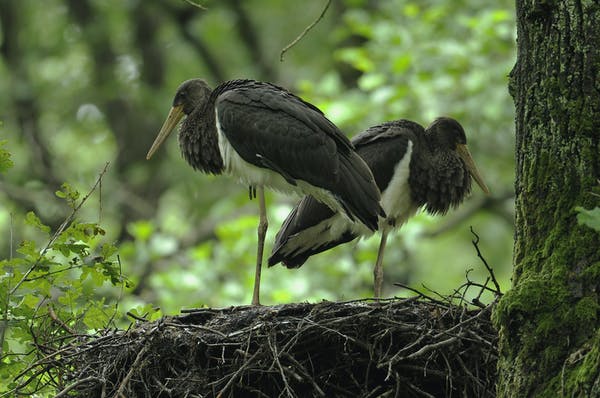 Black storks are known to move into wetland areas when beavers return. CezaryKorkosz/Shutterstock

In contrast to some reintroduced species which shy away from people, white storks have a long association with human settlements, offering an opportunity to welcome the wild right into the heart of British towns and villages. This new generation of native British storks could be a conduit for greater public engagement with nature, bringing wider awareness of the issues facing a broad range of British wildlife. After all, it’s hard to ignore a stork nest on your chimney pot.