Yves here. Note this post prospects for progressives assumes that the current two parties soldier on more or less as now. If Trump manages to in 2020, which at this juncture seems more remote than it did even a week ago, it would represent a major institutional Democratic party failure. But Team Dem could manage to snatch defeat from the jaws of victory with a poke-a-stick-in-too-many-people’s eye VP pick.

It’s way over my pay grade to imagine what happens next, but you could see political tectonic plates move in a big way. 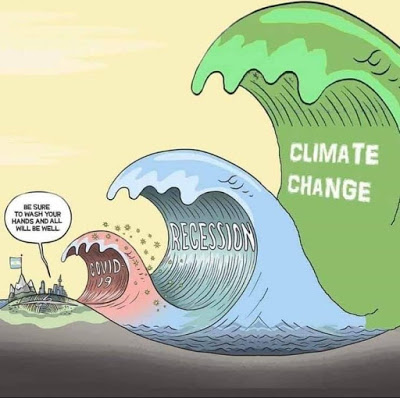 Among the many thoughts these rebellious times inspire is this one: How will it ever end?

It could end in mass and chaotic violence, of course, with anti-copkiller protests hijacked by cop provocateurs and Proud Boy “bust ’em up” squads, followed by the inevitable law-and-order crackdown that shuts the whole thing off in a National Security State way — a crackdown that white and suburban liberals and conservatives alike will applaud till the sun sets in the west.

That’s certainly one of the choices.

It could end like the sixties and seventies Movement ended, with a Jimmy Carter in the White House (our proto-neoliberal), followed by the end of the Vietnam War, a temporary end to the war on pot, the so-called “greening of America,” and hippies going back to their day jobs with a sense of having won at least something for the effort.

But it won’t — that’s not one of the choices, simply because there’s no slack in the schedule for the Late Seventies and Reagan Eighties breather that sent people dancing to Disco and off to watch, in envy and hope, the Lifestyles of the Rich and Famous.

Not with what’s teed up for us today — relentless economic neoliberal-enforced misery; ongoing unrelieved anger and resentment; ginned-up battles between a “left” that pretends to stand up for workers, and doesn’t; a “right” that pretends to stand for individual freedom, and doesn’t; and the Big One, William Gibson’s “Jackpot,” the worldwide climate conflict that won’t end until we stop feeding money to our already-wealthy Carbon Barons — and even then, if we don’t start stopping soon, never.

It could also end with the election of a true progressive president, a real FDR, an unbought, skillful champion of the people who “welcomes the hatred” of the rich and destructive and means it. Not a pretender; the real thing.

When Is the Earliest the Nation Can Elect a Progressive Democratic President?

With the last thought in mind — it ends when we elect a progressive — let’s see what’s the earliest this could occur. (The following is borrowed and expanded from this insightful piece at Reddit’s “Way of the Bern.”)

But would anyone with sense take a bet he’ll do that? Consider: Barack Obama put Biden where he is precisely to stop a Sanders-like candidate from winning. Why would Biden or the people behind him throw that gift away?

• Biden’s same-stripe VP picks a progressive VP, a real one, someone Sanders-like, who might possibly be allowed to win in 2032.

That last is too far off to bet on, but I would take the bet that says neoliberals will make a hash of the climate emergency that’s sure to show up by then, making all bets on democratic governance basically moot.

We’re left with these conclusions. We can run a progressive against a non-incumbent Democrat:

Do you see where this is headed? 2036 is more than a decade away. Because no progressive will win — and likely not even run — against a Democratic incumbent, either the Democratic Party must self-reform, or a Republican must take the White House before a progressive Democrat can run.

In other words, unless the Democratic Party becomes suddenly anti-neoliberal, the answer to our initial question — What’s the earliest a progressive Democrat can be elected president? — is Never or Too Late.