Yves here. This is an odd piece. While the subhead leads the reader to expect this to be mainly about environmental issues in the Russian Arctic, the focus instead is on the demise of towns that revolved around single employers. The authors act as if this is novel or some sort of Soviet holdover, when company towns were not uncommon in the US. I spent more than half my childhood living in company-owned housing, for instance: five houses in four towns (my father got a promotion in one place, so we went from a very nice house to a seriously glam one).

Nevertheless, it’s not hard to see that the fallen state of these small Russian cities strongly resembles the depopulation of manufacturing towns in the Rust Belt or England’s north, and the devastation to communities that depend on coal mining. For instance, it isn’t as if Russia has a monopoly on crumbling infrastructure. We’ve featured photos years ago on the horrible state of some US roads, including pothole filled interstates in Ohio and Michigan

The Russian examples seem more dramatic due to the huge span of the Russian north and the greater physical isolation of these contracting towns, but it’s a variation on a sadly familiar theme.

By Sofia Gavrilova, a geographer who works in the Leibniz Institute for Regional Geography, Leipzig. Originally published at openDemocracy

“The asbestos factory closed last year. The crushed stone plant is closing this year. What the hell kind of fitness club are you thinking about opening?”

This conversation, in this summer’s hit Russian TV series Chiki, takes place in southern Russia. But the description could apply to many towns in the country, and its monotowns – settlements organised around single enterprises – in particular.

With the recent disastrous diesel spillin Norilsk, attention has once again fixed on the problems facing Russia’s Arctic, and its monotowns – of which there are a dozen between Arkhangelsk, Murmansk, Komi and Krasnoyarsk – in particular. Since the collapse of the Soviet social contract – under which enterprises guaranteed conditions – towns and cities in Russia’s Arctic have had to bear a heavier load, both in terms of social services and infrastructure.

Indeed, residents of the Russian Arctic started losing the sense that they can influence how their cities are managed long ago. There are towns where this connection has long been destroyed, and in the urbanised territories of Russia’s far north this can have catastrophic consequences – for the residents, factories and the environment.

The Russian Arctic has appeared frequently in the media for several years. The diesel oil spill in Norilsk at the end of May was one of the largest environmental catastrophes in Russia’s recent history, but these kinds of emergencies happen regularly here. For example: the collapse of a bridgein Murmansk region, firesin Noyarbsk, the collapse of buildings in Yakutskand Kirovsk, the forced demolition of new apartmentsin Norilsk, which had begun to fall apart, and, of course, the sudden spike in radiation readings in Severodvinsk after a rocket engine explodedlast year. Most of these accidents affect infrastructure or residential buildings, which often lead to ecological impacts too.

These emergencies are often more destructive for older settlements – where roads are in poor condition, or there’s not enough public transport, or the schools, hospitals and dormitories aren’t well prepared. This is why the Arctic causes so much concern among Russian experts and researchers: the impact of global warming has arrived here, and changes to the permafrost come on top of a creaky environmental monitoring system, and ambiguous lines of responsibility between enterprises and the crumbling towns they support. “Monotowns are classic company towns, where factories controlled both the workplaces and the living areas,” says Maria Gunko, a specialist at Russia’s Academy of Sciences. “In the Soviet era, a factory or business could support nurseries, schools and hospitals and allocated housing to its staff. Now the city enterprises have been privatised and many have relinquished their responsibility for city infrastructure, although the city and factory infrastructure are closely intertwined.

“But towns often don’t have the funds or resources, or the authority, to keep the city infrastructure in good condition. The main reason is that the city authorities can’t do what they like to private property, demolition and redevelopment are quite expensive, and there’s never enough money in city budgets.”

According to the BBC, the ministry in charge of emergencies for Krasnoyark region calculated that, due to permafrost degradation, 60% of buildings in the towns of Norilsk, Dixon, Igarka and Vilyuisk had suffered damage, in Vorkuta also 60%, and in smaller towns and villages, the figure could reach 100%. Cracks appear in buildings as a result of permafrost deterioration, and foundations can’t handle their loads. This also leads to problems when adding cellars and floors to buildings, as well as relaying pipes for electricity and gas. 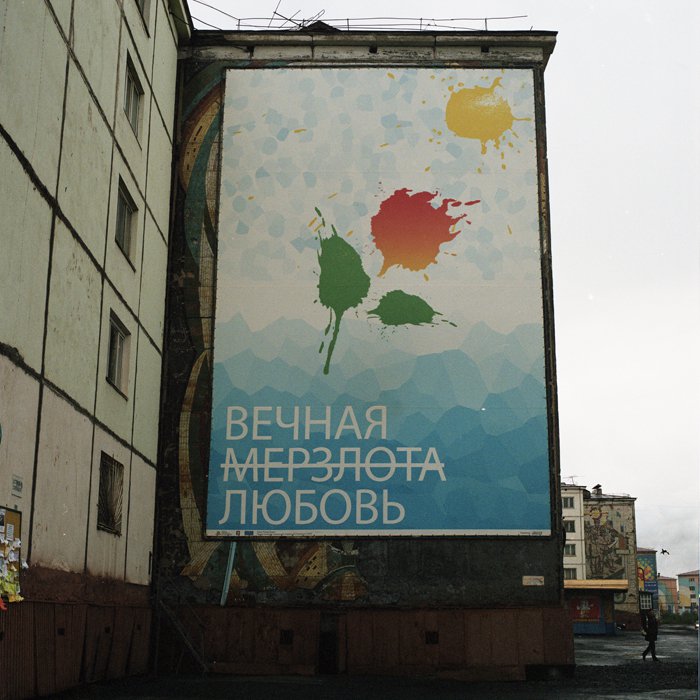 Now, enterprises in the Arctic are cutting back on their commitments under the old social contract, and local authorities are taking a passive role in urban development, acting merely as moderators between the interests of residents, companies and Russia’s federal authorities. In these conditions, the residents of monotowns find themselves vulnerable – they depend completely on their employer and the latter’s relationship with the city authorities.

Washington University professor Dmitry Streletsky, who has devoted many years to researching the degradation of the permafrost, says the situation is exacerbated by a lack of specialists who can monitor environmental conditions in urban areas. 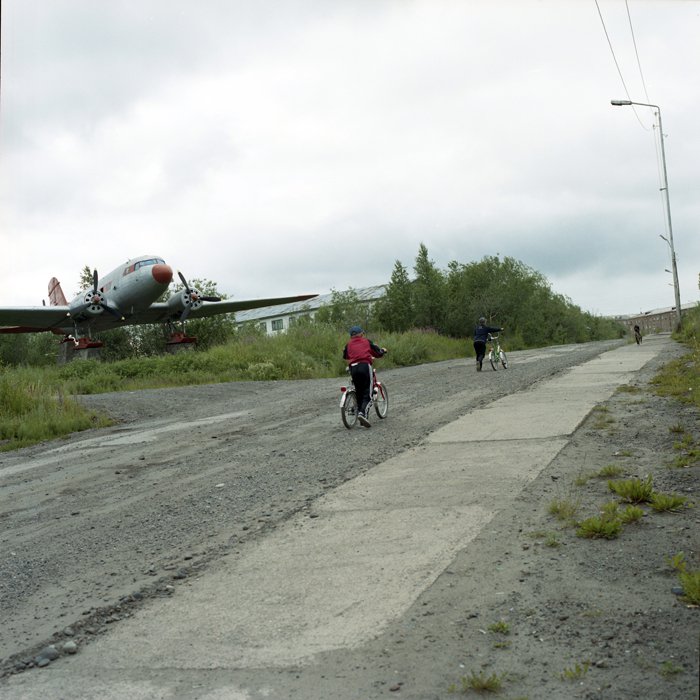 “Businesses keep track of environmental conditions, including the permafrost, at extraction sites, and often to a high level of expertise. [But] Rosgidromet [the national environmental watchdog] doesn’t specialise in monitoring the urban environment, and towns aren’t often home to boreholes.

Reputations aren’t as important for businesses in Russia as they are in the West – they’re not a decisive factor for either management or workers. The history of how factories in the north were built by Soviet prison labour isn’t advertised, and there’s no re-examination or distancing from Soviet-era development.

The break between town and enterprise has happened differently everywhere, and companies are usually left to decide how much social responsibility they want to shoulder. If a proper dialogue takes place, and zones of responsibility between public and private are divided properly (for urban infrastructure, housing and monitoring of and protection against hazardous natural phenomena), then a town can stay afloat. If, however, businesses reject their responsibilities, environmental and cultural degradation is inevitable and people will move away.

That said, it’s hard to make generalisations. Despite the recent catastrophe in Norilsk, the city is quite resilient – the number of people leaving it for work elsewhere is small compared to other towns – but is still perceived as a transfer hub.

There’s a similar situation in Murmansk, which, despite being an Arctic town, feels “close” to central Russia. Its proximity to Scandinavia and St Petersburg encourages people to leave, though some young people are staying (or have returned) and trying to create a new and experimental city culture – such as the Fridaymilkcollective of artists and curators.

External cultural initiatives don’t work so well; attempts by a Moscow company to revive the Murmansk village of Teriberka failed, for example, after local residents refused to work with them. A modern art residency in Noyabrsk looks more successful, but it’s a temporary project.

Russia’s federal authorities are concerned by depopulation and internal migration in the Arctic area. After all, it provides 10% of the country’s GDP and 20% of exports (gas, oil and metals). Two government programmes are currently targeting Arctic monotowns, both aimed at development with the help of new investors and large companies, and stopping depopulation. To encourage this, the Russian government has proposed significant tax benefits and a range of investment programmes for “Arctic residents” – those who set up projects in the Arctic with a budget of more than a million roubles.

There’s also an official socio-economic development plan focusing on “guaranteeing national security in the Arctic” – that is, increasing Russia’s military presence in the region. As part of this, the government plans to issue million-rouble funds to create floating scientific stations, renew Russia’s inland water transport network and develop the Northern Sea Route for both tourism and freight (freight transport is meant to triple between 2019 and 2024). 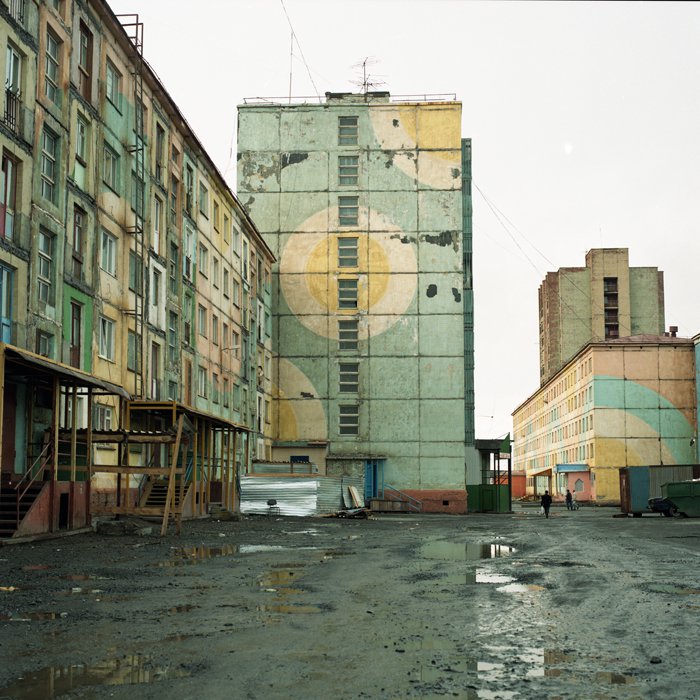 All these plans, if they are even at least partly completed, would mean a new stage of Russian colonisation (or, as they called it in Soviet times, “assimilation”) of the northern and eastern edges of the country. The government’s plans will inevitably bring new life to Russian Arctic towns – an influx of people, business and industry – and may even revive Soviet ghost towns such as Tiksi or Igarka.

These government programmes do, however, raise many questions and doubts, not least because of what is already happening to the Arctic’s complex infrastructure – some of which is already abandoned.

Indeed, experts are still fairly pessimistic about the results of these developments. “The monotown programme is ineffective. Alexey Kudrin [chairman of Russia’s Accounts Chamber, Russia’s parliamentary financial control body] has said it all: ‘We are continuing to drag these towns on our backs’,” says Maria Gunko.