Congress forced Silicon Valley to answer for its misdeeds. It was a glorious sight Matt Stoller, Guardian

I Tried to Live Without the Tech Giants. It Was Impossible. NYT

Australia now has a template for forcing Facebook and Google to pay for news Ars Technica (KW).

Florida Teenager Is Charged as ‘Mastermind’ of Twitter Hack NYT. Wait ’til they get all their college curricula digitally on Zoom….

Estimating Global Epidemiology of Low-Pathogenic Human Coronaviruses in Relation to the COVID-19 Context Journal of Infectious Diseases (via). Correspondence: “Monto et al have nicely presented the seasonal distribution of the identified cases in Michigan according to the 4 LPH-CoV types [3]. We performed similar analyses by pooling 5 studies with relevant data, and all these studies were from countries in the northern hemisphere. We confirmed their findings that more cases were detected in the winter season (Figure 1C). However, we are cautious about the interpretation of these seasonal distribution data (Figure 1C) [3] because they only specified the identified cases and not the rate of infection, as the total number of tested cases in each month was not given. More importantly, whether SARS-CoV-2 will develop into a seasonal and/or endemic virus only time will tell.” But see also Reply to Li et al from the same source: “To enable valid comparisons, meta-analyses necessitate careful scrutiny of eligibility criteria to ensure standardization of study design, including case definitions and denominator data, the period of observation, and stratification or adjustment by age and illness severity. Li et al [1] have not described their study inclusion and exclusion criteria. Hence, it is not possible to examine the validity of their pooled estimates.”

‘A huge experiment’: How the world made so much progress on a Covid-19 vaccine so fast STAT

Bill Gates: We will have a coronavirus vaccine, but the disease will keep coming back if there’s a US ‘leadership vacuum’ Business Insider

AstraZeneca to be exempt from coronavirus vaccine liability claims in most countries Reuters. Handy!

L.A. County’s tracing team repeatedly failed to detect coronavirus outbreaks at workplaces Los Angeles Times. “Many of those getting sick are low-wage workers who fear financial ruin if they stop working and are too afraid of retaliation to report unsafe work conditions.”

‘Mini surge’ of coronavirus among Greenwich teens blamed on house parties The Hill. “Contact tracers say they have had difficulty finding teenagers who will admit they were at any of the parties, making it harder to keep the virus in check.”

COVID-19 Hospital Data System That Bypasses CDC Plagued By Delays, Inaccuracies NPR. Before we get too worried, remember that a key CDC technology was fax, and there has been no national, standard digital process for data submission (granted, I have priors).

Maybe flipping the Atlantic Conveyer wouldn’t be such a bad thing. at least for the UK.

Media Cover for US Clients’ Covid Catastrophes in Peru, Ecuador and Chile FAIR

Stimulus negotiations latest: The Senate’s not in town as $600 unemployment benefits are set to expire CNN

Trump threatens to ban TikTok from operating in the U.S. USA Today. I would rather have China steal my data, because what can they do with it? Also, isn’t TikTok Vine, and didn’t Jack Dorsey deep six Vine? Anyhow, if TikTok goes, where will we go for content like this (dk):

Council to the rescue for President Trump Page Six

Inside the Massive Foreign-Policy Team Advising Biden’s Campaign Foreign Policy. Read all the way to the end.

for some WEIRD reason its almost impossible to find this clip of Bill Clinton today *explicitly* making it clear that Clyburn & Obama + DNC Establishment coalesced to destroy Bernie Sanders.
They’ve been saying it’s a ranting raving conspiracy theory.
He straight up says it. pic.twitter.com/zDQn93UxId

Clinton looks bad, like Dorian Gray after he stabbed his portrait.

It’s the healthcare system, stupid Thomas Frank, Le Monde Diplomatique. This is a must-read. (Le Monde is, I believe, French. That Frank got blackballed after Listen, Liberal! implies, at the very least, the necessity of a hermenutic of suspicion for those who continue to be allowed to publish.)

There've been so many stories about populism v covid that I started wondering, what would a populist healthcare system actually look like? The answer makes you rethink the total credulity toward experts/professionals that is urged upon us these days.https://t.co/AuOOkwY04w


But how can professionals tell us “Noble Lies” if we aren’t credulous? Think, Tom!

How To Pretend That You Are Smart Current Affairs

Unsealed Epstein documents detail alleged abuse by Ghislaine Maxwell The Hill. The “trove” nobody is talking about is Epstein’s video. All agree Epstein’s homes were wired and that recordings were taken during the festivities. Not to go all CT, and don’t you either, but given Epstein’s Rolodex and flight logs, these videos are almost certainly high-grade intelligence and unlikely not to have been convered into power. The press seems curiously silent on this point, preferring the focus on the foibles — granted quelle foibles — of the individual actors. Odd.

Get it right from the beginning: sensitivity reads should happen at the beginning of the publication process, with compensation for those who do them. (6/8)

No copy editing, but sensitivity reads. Not to mention RussiaGate. That is where we are at the Times.

The psychology of misinformation: How to prevent it First Draft (TPH).

The Prophecies of Q The Atlantic. Symbol manipulation for the uncredentialled and disempowered?

From 9/11 to Portland, it was inevitable ‘Homeland Security’ would be turned on the American people Will Bunch, Philadelphia Inquirer

Is the National Day of Action for Safe Schools (Aug. 3) a Precursor to a Nationwide Teacher Strike? Ed Notes Online

Why we need to talk about caste in America FT

If “Cancel Culture” Is About Getting Fired, Let’s Cancel At-Will Employment In These Times

My Cat Wanted to Blog, So I Let Him Write This One Gizmodo 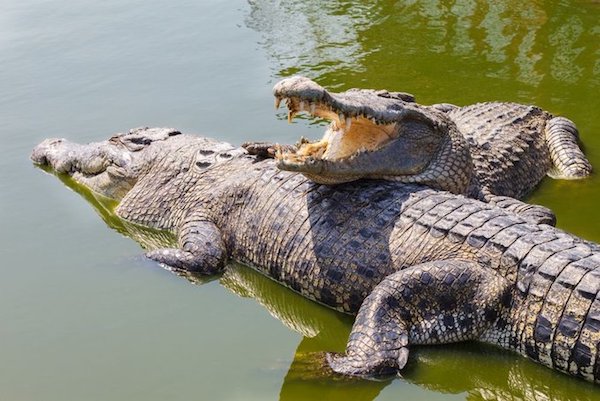 No time for tears!