Insect apocalypse? Not so fast, at least in North America LiveScience

Why the Mauritius oil spill is so serious BBC

Comparison of Estimated Excess Deaths in New York City During the COVID-19 and 1918 Influenza Pandemics JAMA. From the discussion:

This cohort study found that the absolute increase in deaths over baseline (ie, excess mortality) observed during the peak of 1918 H1N1 influenza pandemic was higher than but comparable to that observed during the first 2 months of the COVID-19 outbreak in New York City.

However, because baseline mortality rates from 2017 to 2019 were less than half that observed from 1914 to 1917 (owing to improvements in hygiene and modern achievements in medicine, public health, and safety), the relative increase during early COVID-19 period was substantially greater than during the peak of the 1918 H1N1 influenza pandemic.

The Coronavirus Is Never Going Away The Atlantic

Why the U.S. Is Losing the War On COVID-19 Time. Good, but omits health care-for-profit and federalism. Too much about “leadership,” too little about systems.

Biden, Harris call for all states to mandate masks after first joint Covid-19 briefing Politico. Not substantively different from what Trump is doing.

‘It’s Not Who Has the Most Deaths; It’s Who’s Doing What to Prevent the Spread’ FAIR

What looks like aerosol tranmission in three other choirs. Thread:

I have now heard of 4 #COVID19 outbreaks in choirs and I am worried that choirs will not be back for a long time. Here a story on @BBCNews about a choir with a link to a traveller from Wuhan mid December: https://t.co/qeErjKypnS (1/n)

From May, still germane; we now have additional examples besides the Skagit Valley Chorale. (Two are from non-English language sources.)

Covid-19 is causing a microcredit crunch The Economist

THREAD! How we (mostly @jotted) documented that the daughter of the man who pushed Hong Kong's national security law through China's NPC ascended the ranks of Hong Kong's pro-Beijing elite, amassing great wealth. This thread will cover A LOT of territory. (1/x) pic.twitter.com/bcoJFSyn0J

Israel and the UAE just struck a historic peace deal. It’s a big win for Trump. Vox. If this were Obama, there’d be already be a chorus of full-throated calls to give him a second Nobel.

Who owned the chemicals that blew up Beirut? No one will say Reuters

The PPE debacle shows what Britain is built on: rentier capitalism Guardian

Algorithms are no substitute for professional judgement: No. 10 needs to take note Tax Research UK

White House Says No Plan to End Payroll Tax Permanently Bloomberg. Good to see all sides accept that Federal taxes pay for Federal spending. That will come in handy when it comes time to impose austerity.

Payroll tax deferral looks like a whole lot of nothing AEI

Mail sorting equipment being “removed” from post offices, leaving mail to “pile up”: union leader Salon. Since the House Democrats have gone on vacation, and since they didn’t rescue the Post Office in the first stimulus bill, when they had leverage, they are fine with this.

Postmaster general under fire over Amazon stock holdings The Verge (Re Silc).

AOC Only Gets 60 Seconds At Democratic Convention To Deliver Pre-Recorded Message Forbes. Commentary:

They gave Ocasio-Cortez a minute to speak because she is a better speaker than all of them. She’s an ally to their cause rather than a soldier, and isn’t afraid to push them; ten minutes and she’d be even more a national figure than now.

The Wikipedia War That Shows How Ugly This Election Will Be The Atlantic (Re Silc).

The Internet as a Cold War Weapon Yasha Levine, Immigrants as a Weapon

Another huge unemployment wave is coming—and there’s an obvious way to stop it Sara Nelson, Fortune

Some people are still waiting for a stimulus check to arrive: What’s the holdup? USA Today

The Fallacy of the Civic Champion Ross Barkan, Political Currents

Did they even hang bears? LRB. On the Vikings. 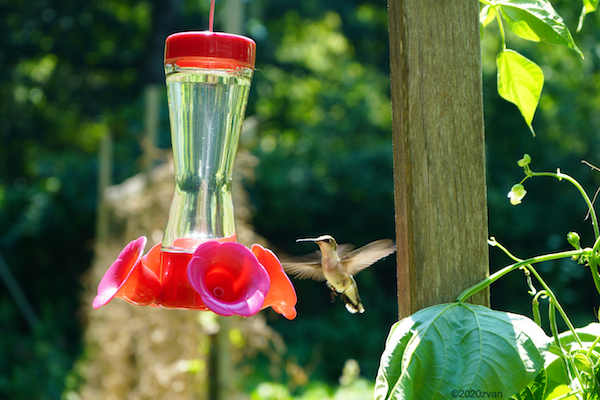