Reminder from Yves: our regular comment moderator Jules takes a mental health day off on Sundays, which means comments that wind up in moderation will be liberated much later in the day, as in when Yves gets on the grid. Please be patient.

Interview: Challenges and Opportunities of the Northern Sea Route The Maritime Executive

Watching mushroom clouds from the beach in LA. Apocalypse…maybe not now, but soon! Yasha Levine

It’s Still Unclear When I-70, Closed By The Grizzly Creek Fire, Will Reopen. That’s Wreaking Havoc On Businesses CPR News (Per Iol).

Epic Games’ Founder Tim Sweeney Is Fighting Apple, Google. He’s Been Preparing for Years. WSJ. “‘At the most basic level, we’re fighting for the freedom of people who bought smartphones to install apps from sources of their choosing, the freedom for creators of apps to distribute them as they choose, and the freedom of both groups to do business directly,’ Mr. Sweeney said in a tweet Friday.”

Ford CEO says the company ‘overestimated’ self-driving cars Engadget (dk). Ford CEO Jim Hackett: “Its applications will be narrow, what we call geo-fenced, because the problem is so complex.” As I’ve been saying for years: If your algorithm is broken, control your inputs.

SalivaDirect received approval this morning from the @US_FDA.

This could be one the first major game changers in fighting the pandemic. Rarely am I this enthusiastic. Here’s why.

This could open the door to universal testing.

* * *
How Close Are We to a Safe, Effective Covid-19 Vaccine? Johns Hopkins Hub

3 Covid vaccines under development in India: All you need to know Times of India

* * *
Measure the risk of airborne COVID-19 in your office, classroom, or bus ride National Geographic. Interactive.

Can Air Conditioners Spread COVID-19? NPR. Based on what we know now, I’m guessing that the key point on AC — as opposed to AC being, by definition, indoors — is whether it merely recirculates air, or brings in fresh air from outside, which would to dilute the virus, and what the circulation patterns are. I remember, years and years ago, I worked in Alexandria in a complex with an enormous system of (air-conditioned) underground tunnels. Every day, walking home through the tunnel, I would pass the same dust bunny rotating in the same corner in a draft. Of course, this was a terrific metaphor for my life in Alexandria, but today, I would bet the air around that dust bunny would have a higher concentration of virus than the surrounding air. Circulation patterns matter (and sadly, are unique to individual structures). Comments from HVAC mavens welcome.

As I’ve been saying:

Mask Lab #HK has a monthly drop today and I missed it. I am hours late and all products are sold out. But it’s fascinating to see how quickly the mask company has emerged as a sought-after fashion brand. pic.twitter.com/Zz0mwREL9b

A return to the fields Globe_. From a series, Cambodia in Quarantine.

US, SKorea to begin scaled-down drills amid virus spike AP. Obviously, it’s hard to run an empire if your troops infect the population of your client states.

Last I checked, the Sermon on the Mount was conducted outdoors:

A total of 193 cases from the Sarang Jeil Presbyterian Church…

It’s Shincheonji all over again, but this time it feels much more malicious. https://t.co/MGvgHxyBao

The disjunct between the promise and reality of GST Hindustan Times

A-Level results 2020: How have grades been calculated? FFT Education Datalab. For more on the A levels debacle, see NC here.

Protests and the pandemic bring chaos to Bolivia The Economist. Not to mention that coup….

25% in U.S. Say Neither Candidate Would Be a Good President Gallup. The dogs won’t eat the dog food:

Battle looms over Biden health care plan if Democrats win big The Hill. “[S]ome Democratic congressional aides and outside health care advisers, who spoke on the condition of anonymity, said they expected the party would start next year with a more modest package of fixes to ObamaCare that did not include a public option in an effort to get some early points on the board.”

“Change,” “Hope” … Why They Must be Talking About Joe Biden! Alexander Cockburn, Counterpunch

Let’s take the politics out of it. We need our USPS funded right now. We need DeJoy fired by the Board of Governors so we can restore service immediately, and we need to plan a #GeneralStrike for Election Day. We are voting no matter what. #ReliefNow 2/2

How three conspiracy theorists took ‘Q’ and sparked Qanon NBC. “Part of the Qanon appeal lies in its game-like quality. Followers wait for clues left by “Q” on the message board. When the clues appear, believers dissect the riddle-like posts alongside Trump’s speeches and tweets and news articles in an effort to validate the main narrative that Trump is winning a war against evil.” If The Bearded One had deployed Das Kapital that way….

Where Have All the Collection Boxes Gone? USPS. From 2016, still germane. I think the sorting machines are the bigger worry.

Saying the quiet part out loud once more:

I second that emotion. https://t.co/lMXFwSnbMW

The Country That Was Built to Fall Apart Slate (Re Silc).

Woody High & the Black Union Reps, Who Made Me an Autistic Fighter Mike Elk, Payday Report

Watching when nobody else seems to be….

A Black Marxist Scholar Wanted to Talk About Race. It Ignited a Fury. NYT 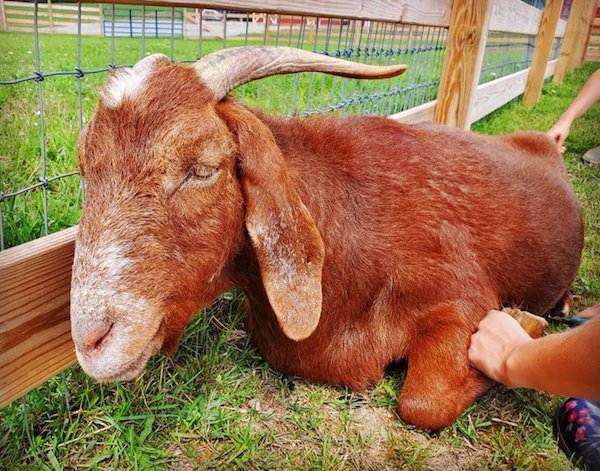 Greatest of all time…