Yves here. While many have considered how climate change will endanger coastal communities, the impact on regions hasn’t gotten as much attention. Italy illustrates what looks likely to become a common pattern: that an already poor South will take a hit. 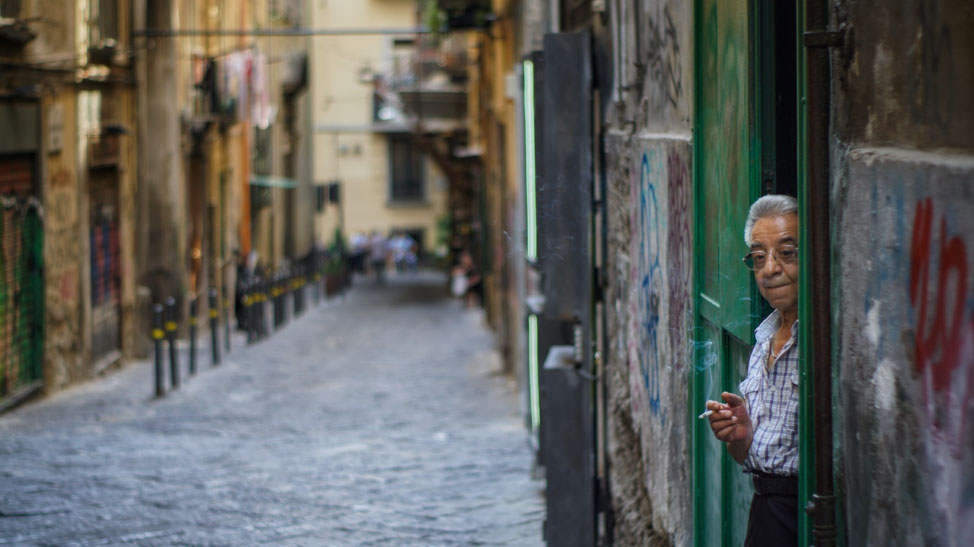 Europe’s first COVID-19 outbreak occurred in Lombardy, a wealthy region of Italy bordering Switzerland. On March 8, Italian Prime Minister Giuseppe Conte shut down most of the country’s north in an attempt to halt the spread of the disease.

As southern Italians watched cases spike, they implored people from the north to stay away – an ironic role reversal in a country where generations of struggling southerners have moved up the peninsula to find work, only to face discrimination from locals.

The “questione meridionale,” or southern question, has been a source of tension since Italy became a unified nation in 1861. Its causes are disputed, but the consequences are undeniable. Southern regions face more significant challenges with poverty, unemployment, and poor infrastructure than their northern neighbors. National politics have long been marked by regional strife.

Climate change will worsen this dynamic, according to Massimo Tavoni, a professor of climate change economics at the Polytechnic University of Milan and the director of the European Institute on Economics and the Environment. “We have historical inequalities in our country,” Tavoni said in an interview. “Those inequalities – which have been growing in this century, just because of how the economy is working – will grow further because of climate change. Climate change will be an amplifier of risks which are already emerging at a social level.”

As So Often, South vs. North

Tavoni was lead author of a 2019 study predicting that global warming will damage Italy’s economy far more than previously estimated and that the resulting financial strain will reinforce existing disparities. Rising temperatures could lead to 60% increases in regional inequality during the last half this century, the researchers warned, further concentrating the nation’s wealth in the north. 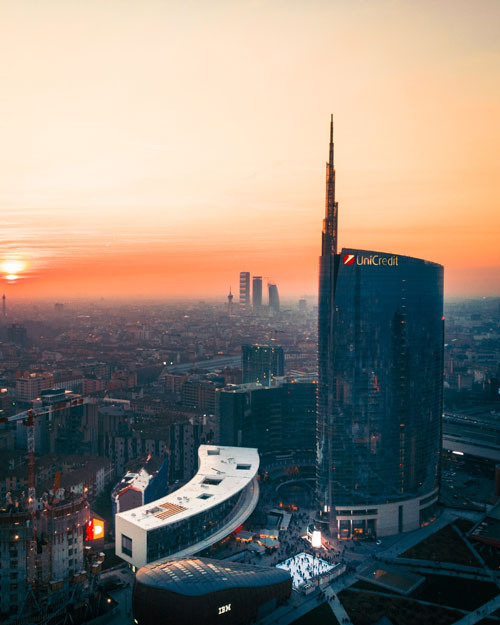 The Italian research built on an approach developed for a study published in Nature in 2015. That initiative, led by Stanford environmental economist Marshall Burke, analyzed data from 166 countries for the period between 1960 and 2010, looking at fluctuations in productivity within individual nations between hot and cool years. Its conclusion: as temperatures climb beyond an annual average of 13 degrees Celsius (55°F), economic activity increasingly slows. “The relationship is globally generalizable, unchanged since 1960, and apparent for agricultural and non-agricultural activity in both rich and poor countries,” the authors wrote.

Tavoni and his colleagues used this methodology to create a detailed prediction of how global warming will affect economic productivity throughout Italy, taking advantage of high-resolution spatial data that has become increasingly accessible over the past decade. Their findings indicate that, should temperatures increase by 2 degrees Celsius (3.6°F) or more over the next three decades, the nation’s GDP would fall by more than 8% by 2100. In this scenario, Italy’s southern and island regions would be hardest hit; their GDP could fall by as much as 15% by 2050, then by 25% by 2080. Parts of the north, however, could actually see a substantial economic boost, with GDP rising up to 80% by 2080.

Parallels in the U.S. and Internationally

Italy isn’t the only country where climate change threatens to widen the gap between rich and poor. In a 2017 Science article, a research team led by Berkeley’s Solomon Hsiang projected that, under a high-emissions scenario, GDP could fall by more than 20% in the southern United States by the final decades of the century, while simultaneously rising more than 10% in some northern regions.

“Because losses are largest in regions that are already poorer on average, climate change tends to increase pre-existing inequality in the United States,” the authors wrote. 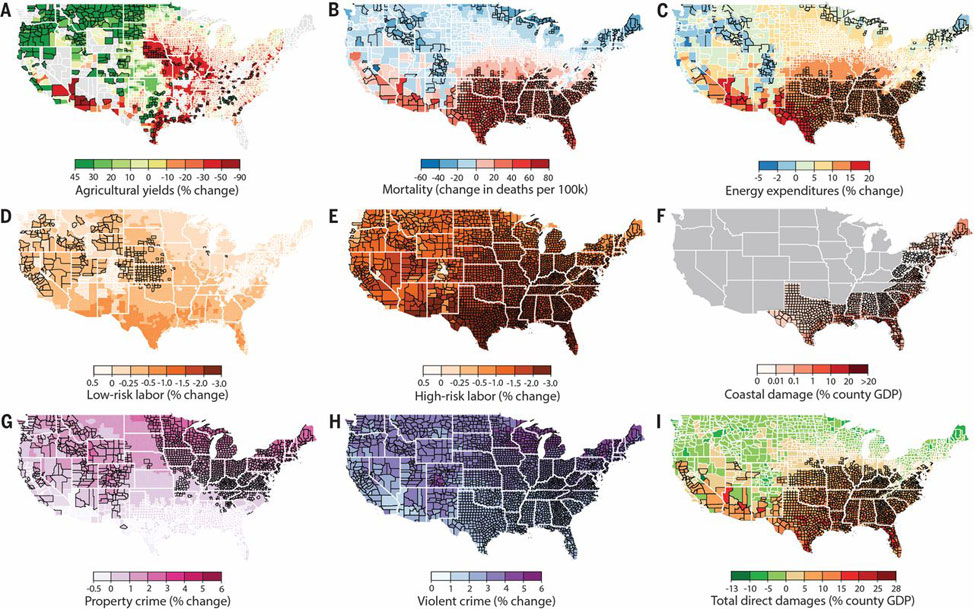 Disparities between countries are rising as well. In an article published last year in the Proceedings of the National Academy of Sciences, Marshall Burke and Stanford climate scientist Noah Diffenbaugh wrote that global warming already has increased global inequality by approximately 25%, with economic growth slowing in warmer, poorer nations and increasing in cooler, richer ones.

Wealthy nations’ coffers are also at risk from climate disruption, however. According to the UN’s 2019 Human Development Report, while the poorest regions may experience the greatest suffering in the short- to mid-term, everyone will lose in the end. “Even though some richer countries may have enjoyed small benefits on average from temperature increase, the evidence suggests that all countries will eventually be negatively affected by climate change,” the authors wrote.

This fate is not inevitable, of course. Even if temperatures continue to rise, adaptation measures could help slow the rise of climate-driven inequality by helping people in vulnerable regions cope with changing circumstances. But even here, communities in poor southern areas face more serious challenges than their northern counterparts, as they typically have fewer resources and less institutional capacity for ambitious adaptation measures.

In Italy, as in most of the world, adaptation has historically taken a back seat to mitigation – which has itself not been a top national priority. In a report released in July, environmental nonprofit Legambiente lamented that Italy is the only major European country without a national adaptation plan. The report described promising initiatives that have been put into place by a number of Italian cities: planting trees, preserving permeable land, conserving water. But notably, the overwhelming majority of the projects cited are happening in the north.

Karl-Ludwig Schibel, a cofounder and the Italian national coordinator of Climate Alliance, a climate action network for European cities, said that when it comes to adaptation, southern Italy’s municipalities are falling behind. “There’s clearly a huge difference between the north and the south as adaptation policies are concerned. And the tragedy is that the south needs these policies much more.”

The problem, he says, is not that adaptation projects aren’t happening in the south, it’s that they’re not sufficient to combat the crisis now revealing itself around them. “The discrepancy between the increase of the problem and the increase of the capacity to deal with the problem … those scissors are widening. The problem is getting more and more acute,” he said. “Something is happening on the side of confronting those problems, but it’s way too little.”