Does the WTO Matter Anymore? Bloomberg

A Wall of Smoke on the U.S. West Coast NOAA Earth Observatory

Bridging the Gap at Warp Speed — Delivering Options for Preventing and Treating Covid-19 and Up Is Down — Pharmaceutical Industry Caution vs. Federal Acceleration of Covid-19 Vaccine Approval New England Journal of Medicine

Trump disputes CDC director on vaccine timing, says ‘he made a mistake’ The Hill. The irony here is that with seven vaccines in trial, three in Stage Three, four in Stages One and Two, Project Warp Speed appears to be working as well as a Big Pharma project can work; moreover, the parallel development architecture was a good idea. But Democrats can’t say that, and Trump won’t. (Personally, my hope is that a dark horse project in a place like South Korea or Thailand turns out to be the winner, but that’s a separate issue.)

The Economic Case for a People’s Vaccine Boston Review

Biden: ‘We can’t allow politics to interfere with the vaccine in any way’ CNN

Is the company with a 20-second coronavirus test for real? FT

Happening right now. You know the drill ?. A ride on #LagosIbadanRail. pic.twitter.com/Ewhh9I6MCu

Whatever Happened to China’s Giant Piles of Abandoned Bicycles? Caixin

“A real flood of bacteria and germs” — Communications Intelligence and Charges of U.S. Germ Warfare during the Korean War Medium

Brexit: UK Tories agree deal on international law breach Deutsche Welle. “British Prime Minister Boris Johnson has reached a deal with rebels from his own party that would give them a say on whether the UK should break international law in overriding its EU withdrawal agreement.” Everybody hold hands so we can jump over the cliff together!

Your Man in the Public Gallery: Assange Hearing Day 11 Craig Murray. That the major venues like WaPo and the Times aren’t reporting on the Assange trial doesn’t bode well for the future of investigative journalism.

As British judge made rulings against Julian Assange, her husband was involved with right-wing lobby group briefing against WikiLeaks founder Declassifed UK. One big happy!

Move along people, move along. There’s no story here:

#Durham This is the same, highly experienced team trusted with the Special Counsel Russia probe. Now READ this inventory for their government phones @JudicialWatch via FOIA: “entered password too many times + wiped his phone,” “phone wiped itself without intervention” + “restored pic.twitter.com/hlWtVQtQX2

#Durham #FISA This recent opinion from FISA court (released 9/11) lays the ground rules for using info from "unlawful" surveillance of @carterwpage for Durham investigation into origins FBI Russia probe. Durham section pages 17-20 is intriguing + has most redactions. "…use or pic.twitter.com/n1V15rzutO

Barr blasts his own DOJ prosecutors, equates them to preschoolers and ‘headhunters’ NBC. Barr: “Name one successful organization where the lowest-level employees’ decisions are deemed sacrosanct. There aren’t any. Letting the most junior members set the agenda might be a good philosophy for a Montessori preschool, but it’s no way to run a federal agency.”

The Confederate Roots of the Administrative State National Review. From July, still germane; an interesting contribution to the “unitary executive” debate.

The Design, Development & Certification of the Boeing 737 Max (PDF) House Committee on Transportation and Infrastructure. From the Executive Summary, the paragraph everybody is quoting:

This report was produced by Democratic staff of the Committee and is the culmination of the Committee’s investigative efforts assessing the costs, consequences, and lessons from the design, development, and certification of Boeing’s 737 MAX aircraft. The report reveals several unmistakable facts. The MAX crashes were not the result of a singular failure, technical mistake, or mismanaged event. They were the horrific culmination of a series of faulty technical assumptions by Boeing’s engineers, a lack of transparency on the part of Boeing’s management, and grossly insufficient oversight by the FAA—the pernicious result of regulatory capture on the part of the FAA with respect to its responsibilities to perform robust oversight of Boeing and to ensure the safety of the flying public. The facts laid out in this report document a disturbing pattern of technical miscalculations and troubling management misjudgments made by Boeing. It also illuminates numerous oversight lapses and accountability gaps by the FAA that played a significant role in the 737 MAX crashes.

A “Persistent Eye in the Sky” Coming to a City Near You? Common Dreams

How the west lost Prospect (DJG).

Treating American Empire The Baffler. “The United States, as it is currently constituted, requires huge amounts of violence domestically (on the part of police) and internationally (on the part of the military) in order to function. The role of the therapist under these conditions thus becomes helping law enforcement and military personnel metabolize violence that is accepted, prima facie, as justified.” Wasn’t there a TV series about this? The Tenors? The Coloraturas?

Study: As Many As 59 Million Displaced By America’s War On Terror The American Conservative

Moral injury and the gap between the soldier and the state’s moral identity (PDF) Australian Army Research Centre.

Big Ten football is back: What you need to know ESPN (Re Silc). “What was the most important factor in the Big Ten voting to play?” I can’t imagine….

The Top 1% of Americans Have Taken $50 Trillion From the Bottom 90%—And That’s Made the U.S. Less Secure Nick Hanauer and David M. Rolf, Time

How Were 46 Million People Trapped by Student Debt? The History of an Unfulfilled Promise Counterpunch

Where Will Everyone Go? Pro Publica. Climate migration. 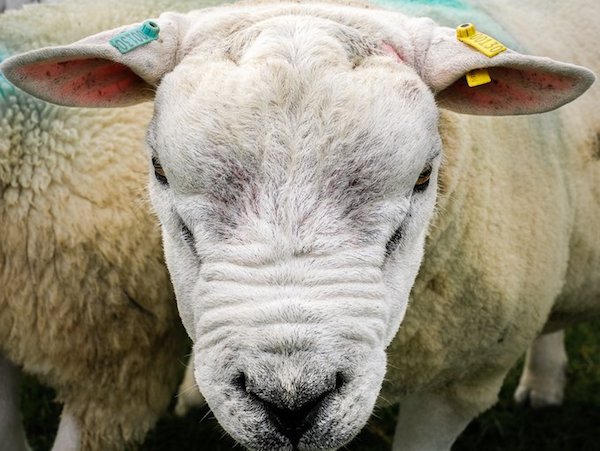