After 3,000 years, Tasmanian devils are returning to Australian mainland CNN

The effect of temperature on persistence of SARS-CoV-2 on common surfaces Virology Journal. From the Abstract: “While the role of fomite transmission is not yet fully understood, precise data on the environmental stability of SARS-CoV-2 is required to determine the risks of fomite transmission from contaminated surfaces.” In the lab, in the dark (no UV): “We obtained half lives of between 1.7 and 2.7 days at 20 °C, reducing to a few hours when temperature was elevated to 40 °C. With initial viral loads broadly equivalent to the highest titres excreted by infectious patients, viable virus was isolated for up to 28 days at 20 °C from common surfaces such as glass, stainless steel and both paper and polymer banknotes. Conversely, infectious virus survived less than 24 h at 40 °C on some surfaces.”

Community and Close Contact Exposures Associated with COVID-19 Among Symptomatic Adults ≥18 Years in 11 Outpatient Health Care Facilities — United States, July 2020 Morbidity and Mortality Weekly Report. From the Summary: “Findings from a case-control investigation of symptomatic outpatients from 11 U.S. health care facilities found that close contact with persons with known COVID-19 or going to locations that offer on-site eating and drinking options were associated with COVID-19 positivity.”

COVID-19: faecal–oral transmission? Nature. From March, possibly germane: “”Physicians and caretakers of potentially-infected children need to be aware that stools might be infectious,” adds [Mary Estes at Baylor College of Medicine]. The results are preliminary and further research is needed. ‘We are now assembling a much larger cohort to confirm our results and will test more patients to confirm faecal–oral transmission,” says [Kang] Zhang.'” Worth adding to the fomite v. aerosol discussion; there was, after all, a fecal plume in Amoy Gardens case, during 2003’s SARS outbreak in Hong Kong.

Focused Protection, Herd Immunity, and Other Deadly Delusions The Nation. Speculating a bit: Aerosols are like cigarette smoke. We tried “focused protection” with cigarettes with smoking areas, etc. At best, protection was partial, below expectations, and far inferior to prohibition. Focused protection won’t work with the virus, either; fortune, like smoke, passes everywhere. As with cigarettes, the only solution will be to change our ways, collectively. But see below.

I think the toothpaste might be out of the tube:

A police officer escorting me out tonight said he estimated 9000-10,000 worshippers filled the courthouse steps in downtown Nashville!

We had THREE venue changes and so much resistance BUT THE CHURCH WILL NOT BE SILENCED! ???#LetUsWorship pic.twitter.com/E1r26Z07tl

Go long domestic tourism, because passports are gonna be a problem. (To be fair, it would be nice if this service was like BLM marches (no known cases), and not like indoor political rallies (cases), or Wisconsin in-person voting (cases). It is outdoors. But I’m not seeing masks, people are singing and shouting, and they remain close to their neighbors for an extended period of time. So I’m not hopeful. Tennessee isn’t doing well, either.)

India’s Big Bad Billionaires Are United in Their Arrogance, Entitlement and Disdain for Laws The Wire

Lebanon explosion: Deadly fuel tank blast rocks Beirut BBC. There seem to be rather a lot of explosions just now:

If you’re keeping up- 3 explosions in the last 24 hours in #Lebanon killing at least 4 and injuring more than a dozen in Beirut and Jiyyeh, south of Beirut.

All attributed to explosions of either diesel or gas storage tanks. https://t.co/6XUJ8NtaEe

Like we always say on RWN, it helps to look at the maps. And then it's good to add a topographic map. Here you can see that the Azerbaijani advances (green arrows) are in the south, where there's flat land… pic.twitter.com/TVRDPdQBre

A Tajikistan poised on verge of economic calamity set for vote Eurasia.net

Republicans Have Already Packed the Courts. It’s Up To Democrats How To Rebalance Them. Washington Monthly. Perhaps, in retrospect, Schumer waving Trump’s nominations through so the Senate could go on vacation wasn’t the best plan?

Fix America by Undoing Decades of Privatization The Atlantic

A total and complete sign off from White House Doctors yesterday. That means I can’t get it (immune), and can’t give it. Very nice to know!!!

Twitter is correct to flag this, though if platform have to make such calls, maybe there shouldn’t be platforms.

A profile of the conspirators in the Michigan plot WSWS

Dangerous use of crowd-control weapons against medics and protesters in Portland, OR The Lancet

Physicians have codes to delineate every outcome and cost = value, except delayed, changed or abandoned care due to insurance industry prior authorization rationing or high costs @FTC @TheJusticeDept @AmerMedicalAssn @SeemaCMS

We have coding, we have upcoding (for profit), why not failcoding?

Health Care: The Best and the Rest New York Review of Books. Review of Ezekiel J. Emanuel’s new book. “Emanuel sees automatic enrollment as both essential and nonthreatening—a social good requiring little systemic change.” If Emanuel thinks that, he’s out of his mind, and not just because the Freedom caucus will hate it.

An Arrest in Canada Casts a Shadow on a New York Times Star, and The Times NYT. Picture caption: “The New York Times newsroom. The paper is in the midst of an evolution from the stodgy paper of record into a juicy collection of great narratives.” Oh.

ICO’s final report into Cambridge Analytica invites regulatory questions FT. “[I]t may shortly become even harder to disprove the uncomfortable proposition that Cambridge Analytica’s main data-related crime was overselling its own capabilities rather than actually hacking democracy with the help of the Russians.”

A Nation of Walls Places Journal

Les nouveaux Misérables: the lives of Filipina workers in the playground of the rich Guardian

Kafka in Pieces The Baffler 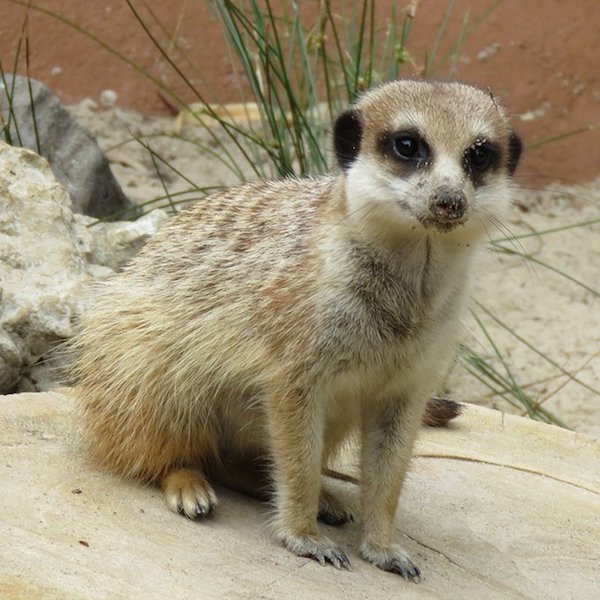 A second en-zoo-ed animal, I admit. But awfully cute!