Yves apologizes for the lack of an original post. She had to take her mother to the Emergency Room, an environment not conducive to posting, and spent seven hours there. Fortunately, there was nothing serious and her mother was OK! (For readers in civilized countries, seven hours in the ER is par for the course in America). –lambert

The Unannounced Death Of The Green New Deal: Part 2 – An Object Of Projection The Wrong Kind of Green. Part 1. Can’t tell the players without a scorecard on this one, but informative nonetheless.

Challenges in creating herd immunity to SARS-CoV-2 infection by mass vaccination The Lancet. From the Abstract: “For any licensed vaccine, efficacy and duration of protection are key issues. Vaccine efficacies to protect against infection above 80% are desirable,1 but duration of protection will remain uncertain for a number of years post licensure of COVID-19 vaccines. Preliminary evidence suggests waning antibody titres in those who have recovered from SARS-CoV-2 infection, but antibodies are only one part of the human immune response and acquired immunity to reinfection or the prevention of disease when reinfected. Data on immunity to other coronaviruses suggest that immunity to SARS-CoV-2 might be short lived, perhaps 12–18 months in duration. Whether past infection will prevent severe COVID-19 on re-exposure to SARS-CoV-2 is not known at present.”

Evolution of Antibody Immunity to SARS-CoV-2 (preprint) bioRxiv. From the Abstract: “We conclude that the memory B cell response to SARS-CoV-2 evolves between 1.3 and 6.2 months after infection in a manner that is consistent with antigen persistence.” n=87.

Change in Antibodies to SARS-CoV-2 Over 60 Days Among Health Care Personnel in Nashville, Tennessee JAMA. From the Discussion “Anti–SARS-CoV-2 antibodies to the spike protein, which have correlated with neutralizing antibodies,5 decreased over 60 days in health care personnel, with 58% of seropositive individuals becoming seronegative. The consistency in decline in the signal-to-threshold ratio regardless of the baseline ratio and a higher proportion of asymptomatic participants becoming seronegative support the interpretation as a true decline over a 2-month period rather than an artifact of assay performance.” n=600.

How the Coronavirus Hacks the Immune System The New Yorker. Interesting. But whenever I think I’ve seen peak liberalism, The New Yorker surprises me: “Our bodies, like the United States government, make a startlingly large investment in defense.”

Llama nanobodies could be a powerful weapon against COVID-19 Medical Xpress (original).

Intranasal fusion inhibitory lipopeptide prevents direct contact SARS-CoV-2 transmission in ferrets (preprint) bioRxiv. The Abstract: “Containment of the COVID-19 pandemic requires reducing viral transmission. SARS-CoV-2 infection is initiated by membrane fusion between the viral and host cell membranes, mediated by the viral spike protein. We have designed a dimeric lipopeptide fusion inhibitor that blocks this critical first step of infection for emerging coronaviruses and document that it completely prevents SARS-CoV-2 infection in ferrets. Daily intranasal administration to ferrets completely prevented SARS-CoV-2 direct-contact transmission during 24-hour co-housing with infected animals, under stringent conditions that resulted in infection of 100% of untreated animals. These lipopeptides are highly stable and non-toxic and thus readily translate into a safe and effective intranasal prophylactic approach to reduce transmission of SARS-CoV-2.” Monkeys exaggerate and mice lie. I don’t know what ferrets do.

Spread of mutated coronavirus in Danish mink ‘hits all the scary buttons,’ but fears may be overblown STAT

Tracking the reach of COVID-19 kin loss with a bereavement multiplier applied to the United States PNAS. Significance: “In the United States, we estimate that on average, under diverse epidemiological circumstances, every death from COVID-19 will leave approximately nine bereaved.”

Macron calls for a ‘refoundation of the Schengen area’ Politico

The dawn of fintech in Latin America: landscape, prospects and challenges Bank of International Settlements

How the Cambridge Analytica sausage was made Immigrants as a Weapon. Key driver of liberal Democrat RussiaGate hysteria revealed as cheap grift. Who knew?

Biden says he has ‘no doubt’ he will defeat Trump when vote count is finished FOX. As of this writing, Biden just pulled ahead in GA.

Donald Trump’s legal war against the US election results FT. Summary of the legal issues by state; worth clearing your “ft.” cookies for.

Michigan judge denies Trump campaign lawsuit to stop ballot count Independent. As I understand it, the Trump supporters wanted the count stopped because they were not allowed to watch*. “In public” is a critical part of “hand-marked ballots, hand-counted in public,” and if I am correct in my interpretation — it looks like the Republicans really butchered the filing — that will be another important principle lost in 2020. That would also make the headline deceptive. NOTE * Like everything else in our benighted and corrupt electoral system, rules for observing ballot tabulation will vary by the State.

The Moustache Of Misunderstanding Eschaton

‘It was a failure’: Furious House Democrats unload as leadership promises answers after election losses USA Today (KW). Rep. Abigail Spanberger: “We need to not ever use the words ‘socialist’ or ‘socialism’ ever again.” Of course, if “socialist” AOC were some foreigner, CIA Democrats like Spanberger (2018; 2020) could have had her whacked. So I understand their frustration. But there were alternatives:

Austerity obsessed Dem leadership bumbled around for weeks, never messaged the response clearly, pushed for a lockdown with minimal material support (but a heavy dose of scolding!) and offered zero universal solutions. Right out of the gate it was a mess->https://t.co/tObjflgAzB

Which is the Real “Working Class Party” Now? Matt Taibbi

Donald Trump and Being Deplorable Dean Baker, CEPR. Good suggestions on patents here, but: “If we want to reach out to non-college-educated workers, who may have supported Trump, a really good first step would be to acknowledge that their poor prospects in the economy were the result of design. It might still be good for them, as an individual matter, to get more skill and education, but as a group they are hurting because people in power wanted to redistribute income upward.” Let me know how that works out.

A Multi-Ethnic, Working-Class Conservatism American Compass. It will be interesting to watch conservatives attempt to become the workers’ party without actually empowering them.

Nearly the 2 year anniversary of this false, evidently nonsense story appearing on the front page of the Guardian. No retraction, no apology and Luke Harding continues to write for the paper. An utter indictment of both the Guardian and the UK media system which allows it. pic.twitter.com/jyPEFUtdO8

How to Cope With Stress Teen Vogue. Musical interlude. 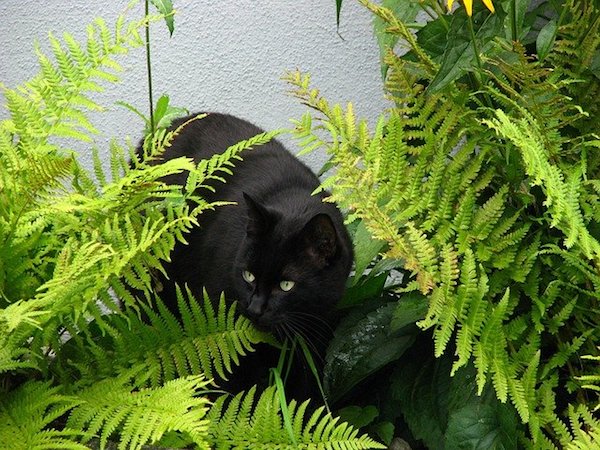