The [Supreme Court] case involves a class-action lawsuit filed by six citizens of Mali.These individuals were allegedly trafficked to the Ivory Coast between the ages of 12 and 14. Once there, they were allegedly forced to work on cocoa plantations for no pay and little food. They say they were regularly whipped and tortured by overseers who routinely inflicted sadistic punishments. One plaintiff tried and failed to escape; when he was caught, his overseers allegedly cut the soles of his feet, rubbed chile pepper into the wounds, then tied him to a tree and beat him until he sustained severe, permanent injuries. Such atrocities on the Ivory Coast’s cocoa plantations are well documented.

The plaintiffs also claim that two U.S. corporations, Nestle and Cargill, aided and abetted their enslavement. They assert that both companies knew their suppliers enslaved children yet continued to provide “financial and technical assistance to cocoa plantations.” The companies allegedly exerted substantial influence over the plantations to maintain the supply of cheap cocoa even after discovering human rights abuses.

By Thomas Neuburger. Originally published at God’s Spies at Substack

Ursula Burns is a candidate for Biden’s Commerce Secretary. She sits on the board of Nestlé, which uses child labor to harvest cocoa and recently defended the practice before the U.S. Supreme Court. 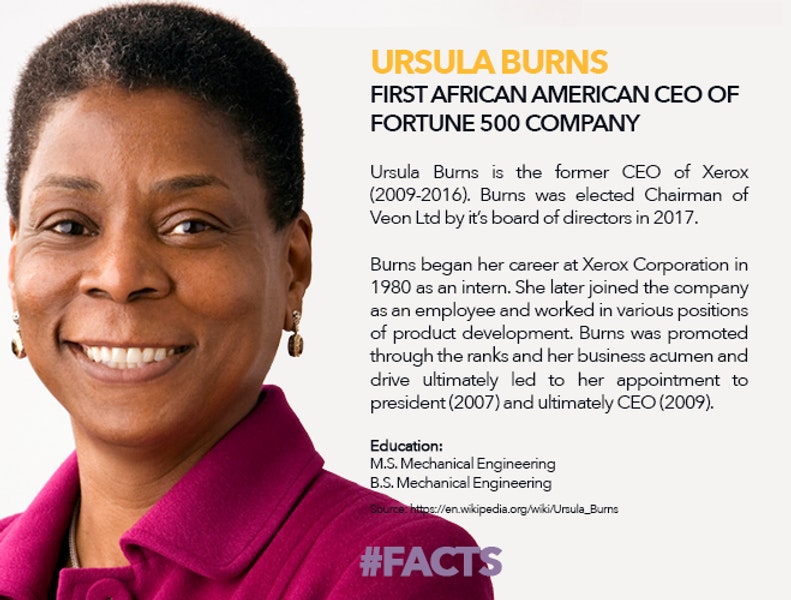 Buried amid the coverage of yet another horrible person being considered for a Biden cabinet post — in this case, ex-Xerox CEO Ursula Burns for Secretary of Commerce — is a nugget that’s so stunning in magnitude, so steeped in irony, and yet so common an egg in the nest of neoliberal thinking as to be entirely unremarkable.

But let’s remark on it anyway.

The Commerce secretary coverage comes from Alexander Sammon writing at the American Prospect:

But adding Burns to the mix would be anything but apolitical. Given her legacy from her time atop Xerox, Burns could very well undermine Biden’s credibility on a number of his most important priorities, and bring with her a ton of baggage from some of the most high-profile scandals in the corporate world.

Sammon goes on to detail the horror stories, including Xerox’s acquisition of Affiliated Computer Services (ACS) in 2009. What is ACS? It’s these guys (emphasis added):

ACS … had as part of their portfolio one of the most notorious student loan servicer operations in the country. Just this year, the American Federation of Teachers and the Student Borrower Protection Center released a scathing report detailing over five million ACS servicing errors that helped undermine the Public Service Loan Forgiveness (PSLF) program, intended to allow graduates who pursued public-service jobs in government or nonprofits to have their loan balances canceled after ten years of payments. “Rather than alleviating the debt burden of students committed to public service, ACS ran roughshod over them, making careless errors and pushing them into forbearance and onerous repayment plans,” said AFT president Randi Weingarten in a statement.

The failure of PSLF exacerbated the already shameful state of the student loan crisis, after nearly every single person who applied for federal loan forgiveness was denied. Thirteen years after its establishment, over 98 percent of PSLF applicationsfrom teachers, firefighters, police, and other public servants have been rejected, good for a 1.7 percent approval rate. Student loan debt nationwide now tops an incomprehensible $1.6 trillion.

Biden already lacks credibility on the student debt problem, having worked so hard to exacerbate it. Appointing someone who helped make it even worse would be a masterstroke of insensitivity.

Sammon details much else that would be wrong with a Burns appointment, but that’s not the nugget I wanted to remark on. This is:

And remember that recent controversy that had former Obama lawyer Neal Katyal arguing before the Supreme Court that a company shouldn’t be held responsible for using child labor? Katyal was defending Burns’s Nestlé in that hearing.

After leaving Xerox, Burns found seats on three corporate boards that no one should sit on ever: Uber, a Saudi-funded scam, a “long con” that will never be profitable until public transportation is destroyed and all cars driven by AI; Exxon, a massive carbon pollution manufacturer that has known since the Seventies that its profit would come from the disaster it creates; and Nestlé, one of the most predatory corporations in the world.

How predatory is Nestlé? Search on the phrase “nestle evil” to get a sense of the range of its deeds. The largest food company in the world, Nestlé steals and sells water while simultaneously promoting the idea that water as a human right is an “extreme” position to hold, even though the U.N. holds it. And despite propaganda to the contrary, Nestlé uses child labor in Africa to harvest cocoa for its signature chocolate products. It’s clear that the treatment of these children is tantamount to slavery.

Was the Obama administration on board with all these practices? We can’t be sure. But former Obama solicitor general (and MSNBC Resistance hero) Neal Katyal recently argued before the Supreme Court that Nestlé should be protected from a U.S. lawsuit alleging this practice. From an excellent piece by Alex Pareene:

In his argument before the court, [former Solicitor General] Katyal espoused a view of corporate immunity so expansive that even the conservative judges seemed skeptical. If you took him at his word, he was effectively asking the Supreme Court to make it impossible for any foreigner to sue any company for any harm done to them, up to and including kidnapping and enslavement.

See the link in the quotation above for detail on the lawsuit itself.

These are the children Nestlé is exploiting:

Everyone involved in enabling this practice should be vilified to the end of their days, including and especially businesswoman Ursula Burns. Hypocrisy steeped in irony. What a world.

(To watch the film at You Tube, click here.)