Feline Philosophy by John Gray — the wisdom of cats FT. “A cat’s life is good not when it knows itself, but when it realises its cat-nature.”

25 domestic terrorism investigations opened after assault on Capitol The Hill

Inside the Capitol siege: How barricaded lawmakers and aides sounded urgent pleas for help as police lost control WaPo

A Crisis Of Faith: Why We Should Be Worried More About A Desecration Than An Insurrection Jonathan Turley

How Trumpism May Endure David Bright, NYT. “An effective, enduring Lost Cause story needs to know clearly what it hates, has to attain widespread control of its own communication and needs institutional rooting, and it must explain almost everything.” Speaking of which:

New York vaccination debacle. The whole thread is worth a read:

The @nycHealthy site has a multi-step verification process just to set up an account, and then a six-step process to set up an appointment.

Along the way, there are as many as 51 questions or fields, in addition to uploading images of your insurance card.

At Elite Medical Centers, Even Workers Who Don’t Qualify Are Vaccinated NYT

Instead of debating ‘first-shot’ vs. ‘set-aside’ vaccine approaches, hospitals’ study should compare them STAT

Participation in Fraternity and Sorority Activities and the Spread of COVID-19 Among Residential University Communities — Arkansas, August 21–September 5, 2020 Morbidity and Mortality Report, CDC. From the Abstract: “At the start of the 2020–21 academic year, COVID-19 cases increased rapidly at an Arkansas university. Network analysis indicated that 91% of gatherings were associated with fraternity or sorority activities. Recruitment events held virtually were associated with fewer cases than those held in-person.”

Saliva viral load is a dynamic unifying correlate of COVID-19 severity and mortality (preprint) medRxiv. From the Discussion: “Saliva viral load could significantly predict disease severity and mortality over age or nasopharyngeal viral load with the first sample collection, and, importantly, was enhanced with the inclusion of days from symptom onset. Nasopharyngeal viral load could not reliably distinguish severity or predict mortality in our study with the first sample collection—which varied from the date of admission.” From a tweet storm discussing the article (NP = nasopharyngeal):

So, to this layperson, it looks like the throat is the key battleground.

Kinetics of antibody responses dictate COVID-19 outcome (preprint) medRxiv. From the Discussion: “Our study demonstrated that neutralizing antibody responses developed within 14 days of symptom onset correlated with recovery, while those induced at later timepoints appear to lose this protective effect. It is unclear why antibodies generated after this time point are unable to promote viral clearance and recovery in COVID-19 patients. We speculate that the virus might become inaccessible to the antibodies after a certain time point, by establishing infection within immune privileged tissues. Alternatively, disease may be driven by late-onset antibody-mediated immunopathology.”

Pro-establishment figure calls for curbs on dual citizenship in Hong Kong, saying those who obtain foreign nationality should be stripped of right of abode South China Morning Post

The Political Fix: Why is BJP treating the Supreme Court like a tie-breaker for the farmers protest? The Scroll

US senators balk at Trump impeachment over Capitol siege FT

Full text: Draft of articles of impeachment against Trump for ‘incitement of insurrection’ NBC. This is the Cicilline/Raskin/Lieu resolution. Be careful what you wish for:

A revolution in permanence Tempest

One in five in England have had Covid, modelling suggests Guardian

Thanks To COVID, The UK Is In A Sexual Recession Refinery 29

In Pictures: Thousands stranded in Spain’s record snowstorm Al Jazeera. With some exceptions:

Why not propel yourself pic.twitter.com/EvqrFkTJ9U

The crux of all this is sheer complexity & lack of prep time. For a product that has 24hrs to get to market, small delays at diff points are crippling. This is the “simplified” 18-step process for moving fish from Scotland to France. This, on top of 8-step process for importers pic.twitter.com/Ra4J0liWpC

A Simple Thing Biden Can Do to Reset America Matt Stoller, BIG. I could put this under Class Warfare, too. Well worth a read.

Two Biden aides will recuse on BlackRock issues as past ties pose questions WaPo. “A Biden transition official said the incoming administration expects Deese and Adeyemo to recuse themselves from matters pertaining specifically to BlackRock for an “appropriate period” determined by law and an ethics agreement that is still in development.”

Biden’s dog Major will get his own “Indoguration” as White House’s first rescue pup CBS. And presumably, unike millions of Americans, Major won’t be evicted from his house.

That’s quite an act. What do you call it?

Manchin adds: "Why can't we do something that basically puts people back to work?" Cites a large infrastructure bill

Manchin says: "It's time to target where the money goes … I have businesses that can't open up. Don't you think we should be helping them first?"

Corporate America halts donations to Republicans who voted to overturn the election CNN. So we’re forcing Republicans not to be corrupt, unlike Democrats?

Patriot Act 2, Censorship, And Other Notes From The Edge Of The Narrative Matrix Caitlin Johnstone

US intelligence agencies have 180 days to share what they know about UFOs, thanks to the Covid-19 relief and spending bill CNN

Algorithms and the coronavirus pandemic FT

Human will plays an important role here. What if the leaders behind Apple’s App Store revenue distribution model—which acts as the central bank or Federal Reserve of the attention economy—simply chose to distribute revenue to app makers based not on whose users bought the most virtual goods or spent the most time using the app, but on who among the app makers best cooperated with other apps on the phone to help all members of society live more by their values? 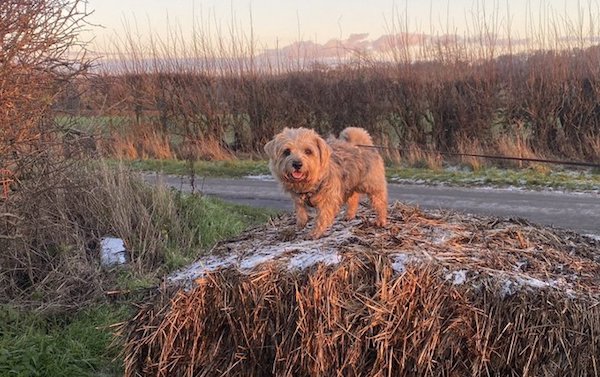