A new and innovative way for Google to kill your SaaS startup GoMox, Medium. “We never properly established the cause of the issue, but we chalked it up to some AI tripping on acid at Google’s HQ.”

Big Meat: facing up to the demands for sustainability FT

Why Has Israel Succeeded At COVID Vaccination? Elad Blog (Re Silc). “[I]t is more important to move fast to save lives than to create and enforce complex rules. However, it turns out these complex rules are not needed.” Whaddaya know, complex eligibility requirements. Hey, how about we incentivize vaccination uptake with tax credits?

Nearly 170,000 get 2nd COVID shot; initial study shows no major side effects Times of Israel. 13 cases of temporary facial paralysis is the worst side effect.

Thousands of Covid-19 vaccines wind up in the garbage because of fed, state guidelines NBC. The last mile problem, important thread:

Years ago, Joe Rhatigan & I studied these campaigns. They offer several lessons that can inform what we need in the US now

Isolation of SARS-CoV-2 from the air in a car driven by a COVID patient with mild illness (preprint) medRviv. From the body of the paper: “Taken together, our data highlight the potential risk of SARS-CoV-2 transmission by minimally symptomatic persons in the closed space inside of a car (with closed windows and air conditioning running), and suggest that a substantial component of that risk is via aerosolized virus.” Here is a good thread on airborne transmission, starting with this article:

Badger Seal (Mask Fitter) UW Makerspace. With yet another thread on mask-hacking:

I have used this for months. I like it. I used it over my1st surgical mask and use another on top for esthetics. Usually a 4 ply and then a thin pretty cloth. I’ve upgraded to kn94 ( BOTN) and it’s a nice tight fit. https://t.co/ZgZEvFtwIT

The Future of the Coronavirus? An Annoying Childhood Infection NYT

Israel to push Biden to take it easy on Saudi Arabia, UAE and Egypt Axios

What Will 2021 Bring the Russian Regime and Society? Carnegie Moscow Center

Statehood for D.C. and Puerto Rico only needs 50 votes The Week. It’s truly amazing what liberal Democrats will do to avoid appealing to voters with universal concrete material benefits. Of course, events may knock some sense into Biden. We’ll see.

Parsing Warnock, he did say — using the typical Democrat trope — that he would be “fighting for” the $2,000 checks. He didn’t say he’d deliver them. Harris tries to put the toothpaste back in the tube:

“We will finish the job of getting a total of $2,000 in cash relief to people who need it the most.

The $600 already appropriated is simply not enough.”
—Your next president, @JoeBiden

Biden’s toothpaste, as it happens:

$600 is simply not enough when you have to choose between paying rent or putting food on the table.

Parsing Biden, he only said that we “need” $2,000 checks. He didn’t say he’d deliver them either. Next, I suppose, “access” to checks.

Well, I’m sure the Biden administration will be able to execute on complex challenges, even if they can’t get simple things right.

I asked my group why 60+ courts had ruled against Trump’s election challenges over the past two months if there is “so much evidence.”

Attorney @Manny_Alicandro was the vocal dissent in the group. pic.twitter.com/4ZKHjt1NKx

Again the Boeing company could add a new member of the board of directors who has aircraft engineering and or manufacturing experience but they refuse. https://t.co/oYSg0zoVKq

The Rise and Fall and Rise (and Fall) of the U.S. Financial Empire Adam Tooze, Foreign Policy

The Excellent Empire or the Prison of the Peoples? A review of Pieter Judson’s “The Habsburg Empire: A New History” global inequality

Rebuilding Worker Power Lawrence Mishel, IMF (!). “[W]ages have been kept low in the United States because workers have been systematically disempowered as a result of corporate practices and economic policies that were adopted—or reforms that were blocked—at the behest of business and the wealthy.” Musical interlude.

Business Exit During the COVID-19 Pandemic: Non-Traditional Measures in Historical Context (PDF) Board of Governors of the Federal Reserve System. “Looking ahead, exit expectations appear historically elevated among small businesses in mining, transportation & warehousing, information, education, leisure & hospitality, and other services (this latter sector includes many ‘local’ businesses like beauty salons, auto mechanics, and churches). But some sectors appear set to do better than average, such as construction, finance & insurance, real estate, and professional, scientific, and technical services.”

Most Execrable and Abominable or Irreligious Lapham’s Quarterly. Testing and informed consent… 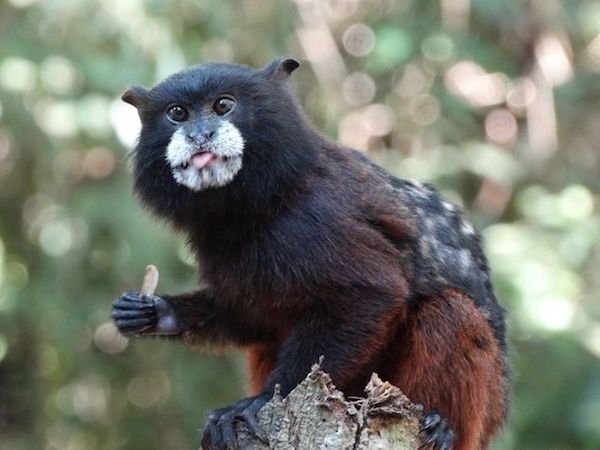