Why cats are crazy for catnip Science.

How management by metrics leads us astray Jakob Greenfield

J.D. Greear’s Church Announces Investigation Into Allegations Bryan Loritts Covered Up Sex Crimes The Roys Report. And we wonder why there’s a decline in trust.

Variants and chronic infection, a thread:

Indeed, this particular chronic infection evolved some of the exact same mutations seen in these variant viruses including 484K, 501Y and a 144 deletion. 16/19 pic.twitter.com/BUgESbp1uk

‘A bloody mess’: Confusion reigns over naming of new COVID variants Nature. Consistent naming conventions are important both for reporting and search.

Testing in a Pandemic — Improving Access, Coordination, and Prioritization NEJM

It’s Not Just You: Everyone’s Mental Health Is Suffering Wired

What Could I Have Done Differently? Medpage Today

"These individuals and their immediate family members are prohibited from entering the mainland, Hong Kong and Macao of China. They and companies and institutions associated with them are also restricted from doing business with China," per Chinese Foreign Ministry

Call for WHO to investigate US goes viral; US declares genocide and crimes against humanity in Xinjiang; end of the Trump Era in US-China relations Sinocism

China’s Xinjiang more than doubled its US exports in 2020, despite Trump’s sanctions and bans South China Morning Post. “Exports of Christmas decorations made in Xinjiang soared by 132 per cent last year to more than US$25 million.” Looks like whoever bet against our ability to social distance at Christmas made money.

Growing of seawater rice to be greatly expanded China Daily

“Yes, but not in the South.” Handy chart:

"Don't invest outside the Southern Song dynasty": a look at the growing north-south gap in China's economy.

Eye on tractor rally, farmers prepare to start for Delhi Times of India

The Breakaway Perry Anderson, LRB. A two-cups-of-coffee-er, but surprisingly terse for Anderson. The history of the UK and the EU, and well worth a read.

British to face ban on entering EU under German plan to shut borders – The Times Reuters. Covid. “Separately, the EU is prepared to ease post-Brexit border friction if Britain drops its plan to create a ‘Singapore on the Thames.'” Oh.

Our advice to President-elect Biden: Break the dangerous pattern of nuclear competition with Russia Bulletin of the Atomic Scientists

Alexey Navalny’s Fearless Return to Russia Masha Gessen, The New Yorker. Navalny is having a moment (and I still insist that if [makes warding sign against evil] Putin poisoned him, he never would have been allowed to leave the country to go to a German hospital).

What a sham! On fakery and the Russian avant-garde Apollo

Joe Biden Will Have to Address the War in Afghanistan—Again The New Yorker. Drives me nuts. As if the entire political class didn’t fight tooth and nail to keep the troops there, and still is: just read all the comments from The Blob in the article.

How Biden sees an end to ‘uncivil war’ Politico

How to reunite America: Commit as leaders to serving the civic good USA Today

France Knows How This Ends The Atlantic. “The repugnant embrace of lies by one half of society.” Interesting historical analogy that in my view breaks down at the binary.

Biden’s 17 Executive Orders and Other Directives in Detail NYT. 17 is a big number. My concern is not that the Orders are not good; the question is whether they are good enough; see especially re-entering the Paris Agreement. Institutionally, this massive and instantaneous rollout suggests to me that the direction of the Biden administration has been already been set during the massive transition efforts orchestrated by the Obama Alumni Association. (Medicare for All and then the public option (!!), for example, having been carefully moved “off the table,” and during a pandemic ffs.) The strategy of “pushing Biden left,” then, is a plan to alter the course of a ship that has already sailed. Not as easy as one might think. No doubt this thesis could be tested by an examination of all the jobs on offer at liberal NGOs, if that data could somehow be aggregated.

Joe Biden’s Long Road to the Presidency (photo essay) NYT. Try reading the prose and looking only at policy.

Jeff Zients: the ‘Mr Fix It’ in charge of tackling the US Covid crisis FT

The 9 biggest challenges Biden will face on Covid-19, from today on STAT

Trump as Othello in a Corporate Theater Black Agenda Report

The fight for the future of America’s local newspapers FT

Back from the Afterlife The Baffler

The wisdom of surrender Aeon. On Samuel Beckett. 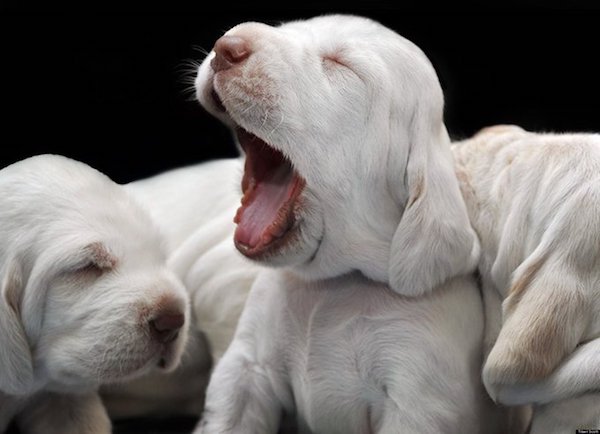